America Can't Turn Back the Clock on Iran 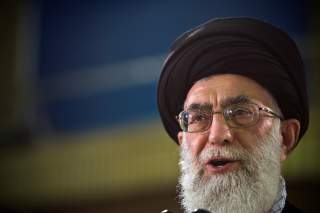 The Obama administration pursued a regional policy that sought to reintegrate Iran into the regional and international systems in the hope of stabilizing the Middle East. This policy has attempted to reestablish Iran, as a regional power similar to the pre-1979 period. In fact, this unrealistic desire to set the clock of the Gulf region back to the pre-1979 security architecture was the primary intention behind the negotiation of the 2015 nuclear deal.

Proponents of this theory erroneously claim that before Iran’s 1979 Islamic Revolution, the United States has equally supported the Shah’s regime and the Gulf States and acted as a stabilizer in the Gulf. Therefore, the Gulf countries must reach an accommodation and share the spoils of the region with Iran for stability to take root and reduce the security burden on the United States.

The primary reasons behind this flawed understanding of the Iranian regime is the tendency to overlook the theocratic and revolutionary nature of the current Iranian establishment, unlike the nationalistic regime of the pre-1979 era, and overlooking how significantly the Gulf States have changed since the 1970s.

The regime of the last Shah of Iran Mohammad Reza Pahlavi was neither revolutionary nor theocratic. Indeed, it built its legitimacy around the thousands of years Old Persian identity. The Shah himself was an Iranian nationalist who attempted to reinforce his country’s position in the region. However, he did not pursue any revolutionary action, attempt to topple the Gulf regimes, or attempt to establish proxy groups and militant fund groups—except Iraqi Kurds due to his water and the border dispute with Iraq. He happily sold them off in 1975 after inking the well-known Algiers Agreement with Saddam Hussein that settled his dispute with Baghdad.

In contrast, the Islamic Revolution leader Ayatollah Khomeini built a regime that is firmly revolutionary and theocratic, which still exists to this present day. The theocratic and revolutionary nature of the Ayatollah’s regime entails continuous spreading of its Islamic revolutionary ideology beyond its borders. This revolutionary message seeks to topple existing Middle Eastern governments through popular mobilization to be replaced with Islamic, theocratic ones that enshrine the rule by religious clerics.

In practice, this Islamic revolutionary ideology turned into support for Islamist non-state actors across the Middle East. On the one hand, in countries where a significant Shia population exists, Iran supports Shias such as the case of the Lebanese Hezbollah. On the other hand—and contrary to conventional wisdom—Iran supports Sunni paramilitary groups in countries where there is a small number, if any, Shias. One such case is that of the Palestinian Sunnis Hamas and the Islamic Jihad.

Another important distinction is the fact that the Shah was not a religious ideologue, unlike the existing rulers of Iran. The current clerical regime in Tehran desires to impose their unique and narrow interpretation of Shiism, and Islam as a whole, on the Muslim world. Notably, the Shia then–Crown Prince of Iran, Mohammad Reza Pahlavi, married the Sunni sister of King Farouk I of Egypt for nine years with little to no public uproar in either country. Meanwhile, Khomeini and his successors have branded themselves as the leaders of all Muslims, unlike the Shah, who never attempted or desired to lead all Muslims or Shias.

Additionally, the Gulf States and the Shah faced the same enemies in the 1950s, 1960s and 1979s. The common threats ranged from the revolutionary Communism of the Soviet Union to revolutionary Socialism and Arab Nationalism of Egypt, Iraq and Syria. However, once the 1979 Islamic Revolution erupted, both the Gulf States and Iran have turned into arch enemies due to the revolutionary and theocratic nature of the Iranian regime. Moreover, a vicious circle has emerged where the pre-2003 Iraq and the Gulf States, notably Saudi Arabia, are Iran’s principal enemies and vice versa. In short, the zealous Iranian desire to spread religious revolutions around the Middle East in the aftermath of 1979 has been the primary source of instability in the region ever since.

Up until 1971, London protected smaller Gulf States from Iran’s influence. Afterwards, the United States filled the gap with a bias toward the much more capable Iran. This structure is unlikely to be repeated nowadays. The Gulf States are now more vibrant, prosperous and stronger militarily. Additionally, there are national identities that resist Iranian and Persian domination throughout the Gulf.

It is a mistake to treat Tehran as an ordinary nationalistic regime that can be tolerated or compromised with. Many in Washington  pressured the Obama administration to pursue the Iran Deal since they thought Iran could be reasoned with. It is time to set the record straight and expose the real face of the Iranian theocracy, remembering that the region has changed drastically since the 1970s.

The Trump administration must adopt a different strategy than the Obama administration. The president should empower Israel and Saudi Arabia, making them the main pillars of the new Middle Eastern regional strategy.

Haisam Hassanein is the Glazer Fellow at The Washington Institute for Near East Policy. Wesam Hassanein is a master’s candidate at the school of international service at American University.