Is America on a Collision Course with Hezbollah? 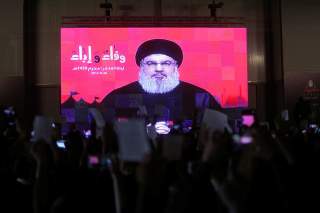 The Paraguayan ambassador, German Rojas Irigoyen, looked visibly distressed following the Foundation for the Defense of the Democracies’ event on Capitol Hill on Tuesday. His country had just been implicated as a vanguard of sorts in narco-trafficking, and by extension, narco-terrorism. “I understand that Paraguay has become a significant jurisdiction for the Latin American activities of Hezbollah,” remarked Dr. Jonathan Schanzer on a panel that featured Rep. Ed Royce, chairman of the House Foreign Affairs Committee, and Rep. Eliot Engel, ranking member. “It’s not limited to Paraguay, but we just know that’s one of significant areas.”

Schanzer directed the audience to the work of Dr. Emanuele Ottolenghi, the FDD’s point man on the topic. Irigoyen approached Ottolenghi (and me) following the event. Ottolenghi noted Asuncion’s cooperation on some notable matters, but he said it’s also true the country isn’t doing enough.

Paraguay wasn’t the only country discussed at Tuesday’s event, meant to highlight the rise of Hezbollah, the emboldening of Iran, and their ties to narcotrafficking. “It depends how you define the Iranian regime. The way I define it, Hezbollah is a big component of Iran, and Hezbollah around the world is operating like a major drug cartel,” argued Derek Maltz, former head of the DEA’s Special Operations Division. Maltz also namechecked Peru and reported that “Venezuela, over the last several years, has been a command-and-control hub for the movement of cocaine worldwide.”

Implicit in the FDD’s presentation was a criticism of the JCPOA, the Iran nuclear deal, as hot an issue as any right now with the president required to recertify Tehran’s compliance by mid-month. FDD says that Iranian financial support for Hezbollah -- and by proxy, drug trafficking -- has increased since the U.S. inked the deal, while 2014-2016 saw Iran cut back aid “in the midst of mounting sanctions pressure prior to the implementation of the the JCPOA.” “We know Iran is the world’s leading state sponsor of terrorism. That is one of the reasons I voted against the Iran act, the JCPOA,” Congressman Engel, a Democrat, reminded.

But some are crying foul on this whole approach. The FDD’s president, Clifford May, argues there’s a Latin American “socialist-Islamist-narco-terrorist alliance.” But a former State Department and U.S. Trade Representative official tells me: “There's smoke there and probably a little fire. But it's easy to get overheated on the issue and lose perspective. Something to watch, mostly a long distance marriage of convenience, but don’t blow it out of proportion. This ain't the Middle East, East Africa, or Southeast Asia.”

An advisor to the U.S. Navy dismisses the idea of an “internationale of rogue states.” Hussein Banai, who teaches at Indiana University-Bloomington, says narco-trafficking allegations against Hezbollah are “difficult to prove,” but they wouldn’t represent anything particularly new for this contingent. “The Iranian Revolutionary Guard Corp has long used drug rings in its southeastern provinces (part of the Af-Pak networks) to fund its own activities around the region and beyond,” Banai tells me.

A core concern for FDD is what Syria looks like after ISIL is fully dislodged of its territory, with the present likelihood being an empowered Hezbollah and Iran that have inched dangerously close to Israel. “You have Hezbollah in southern Lebanon… On the Syrian side, Hezbollah has replicated itself,” say Schanzer. “Where it has installed rocket arsenals. Where it has entrenched ,positions. Where they are preparing, potentially, for a two-front action against Israel, drawing Israel into a war that it has only tried to shape from afar.” And Israel, says Schanzer, is preparing for a war “where they are going to be vilified for even just responding to rocket attacks on civilian targets.” Schanzer floated the need for the U.S. to consider military options to jettison Hezbollah from Syria, to protect Israel. Others see it differently. “I think there’s substantial consensus that Hezbollah is a sort of state within a state of Lebanon,” Scott McConnell, founding editor of The American Conservative, tells me. “It pretty much owes its existence to Israel’s serial invasions of Lebanon.”

Accordingly, another issue facing states is how to treat Hezbollah. The U.S. State Department designates the group, which is part of the Lebanese government, as a foreign terrorist organization. The Europeans and Canada have been more cautious. The EU has passed on designating its political wing as such, but has branded its military wing extremist. The FDD specifically complains about related money laundering in Canadian banks, “much of it drug money,” it reminds. And the FDD alleges Hezbollah “has collected millions of dollars annually from supporters in Europe.” Chairman Royce noted the U.S. has “a regular dialog going on with our European counterparts, about the real nature of Hezbollah and the real nature terror finance out there.” Maltz went further: “There needs to be consequences for the countries that are not cooperating.”

The U.S. is likely nearing an inflection point on this topic. If the president opts to decertify the Iran deal, it would put the United States on a collision course with Iran and groups like Hezbollah. If the president recertifies and/or gets out of having to make that decision every 90 days (an outcome that CNN reports Secretary of State Rex Tillerson is trying to arrange), the status quo may prevail: Hezbollah with expanded clout, much to the chagrin of outlets like the Foundation for Defense of Democracies.