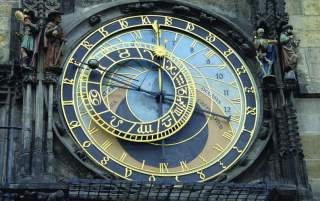 THE SLEEP of any president, prime minister or statesman is haunted by what ifs.

What if I had only fired that defense secretary sooner, or replaced that general in Iraq with the other one before it was too late? What if I had not wholly believed the air force when they told me that the war in southern Lebanon could be won from the skies? What if I had more troops on the ground in Iraq from the start? What if I had called off those fruitless negotiations between the Israelis and Palestinians a few months—or even a few weeks—earlier than I did? What if I had asked more questions at that meeting, and listened sooner to the pleas of my assistant secretary or whoever it was that said something could be done about Rwanda? The whole world, and my reputation, would be different.

Counterfactuals haunt us all in the policy community. We all want to be right, and assign failure to someone else. We all want to deny fate, even as we recognize that it exists. For example, we know that despite Isaiah Berlin’s admonition against the very idea of vast impersonal forces, such as geography and culture, these forces really do matter, and they affect the tasks ahead: whatever the intervention strategy, Iraqis will never behave like Swedes, and Afghans or Libyans will never behave like Canadians. And sometimes it is that simple. While individuals are more real and concrete than the national groups to which they belong, group characteristics actually do exist and must play a role in the foresight of any analyst. For group characteristics are merely the sum total of a people’s experience on a given landscape throughout hundreds or thousands of years of history.

But that is only the half of it. We also know that grand historical events can turn on a hair’s breadth, on this or that contingency. While the destiny of Afghanistan or Libya might never be that of Canada, better or worse outcomes in such places are possible depending upon the choices of individual policy makers, so that all of us, as Berlin rightly suggests, must take moral responsibility for our actions. And because wrong choices and unfortunate opinions are part and parcel of weighing in on foreign policy, we go on torturing ourselves with counterfactuals.

WHAT IS fate—what the Greeks called moira, “the dealer-out of portions”? Does it exist? If it does, Herodotus best captures its complexities: from his geographical determinism regarding the landmasses of Greece and Asia Minor and the cultures they raise up to his receptivity to the salience of human intrigues, he skillfully conveys how self-interest is often calculated within a disfiguring whirlwind of passion, so that the most epic events emerge from the oddest of incidents and personal dramas. With such a plethora of factors, fate is inscrutable. In Jorge Luis Borges’s short tale “The Lottery in Babylon,” fate means utter randomness: a person can get rich, be executed or tortured, provided with a beautiful woman or be thrown into prison solely because of a roll of the dice. Nothing appears to be predetermined, but neither is there moral responsibility. I find this both unsatisfying and unacceptable, despite the story’s allegorical power.

How can a great episode in history be determined in advance? It seems impossible. The older I get, with the experience of three decades as a foreign correspondent behind me, the more I realize that outside of a class of brilliantly intuitive minds—including the late Samuel Huntington, Zbigniew Brzezinski and Henry Kissinger—political science is still mainly an aspiration, and that Shakespeare’s tragedies and histories offer a much better guide to the bizarre palace maneuverings of the last Romanov czar and czarina of Russia, of Nicolae and Elena Ceausescu of Romania, of Slobodan Milosevic and Mirjana Markovic of Yugoslavia, or of Zviad and Manana Gamsakhurdia of Georgia. In short, there is no scientific formula to understanding international relations. There is primarily insight, which by definition is Shakespearean.

Yes, geography and culture matter. Tropical abundance produces disease, just as temperate climates with good natural harbors produce wealth. But these are merely the backdrops to the immense and humming beehive of human calculation, the details of which can never be known in advance. And yet, over the course of my life I have known people who are abrasive and confrontational, and generate one crisis after another to the detriment of themselves and their relations, even as I have known others who are unfailingly considerate and modest, who go from one seemingly easy success to another. Character, which itself is partly physiological, can indeed be destiny, and that is fate.

It is this very contradiction concerning fate that produces our finest historians: men and women who discern grand determinative patterns, but only within an impossible-to-predict chaos of human interactions, themselves driven by the force of vivid personalities acting according to their own agency, for better and for worse. A classic work that comes to mind is University of London historian Orlando Figes’s A People’s Tragedy: The Russian Revolution, 1891–1924. “It was by no means inevitable that the [Russian] revolution should have ended in the Bolshevik dictatorship,” he writes. “There were a number of decisive moments, both before and during 1917, when Russia might have followed a more democratic course.” Nevertheless, Figes adds,

Russia’s democratic failure was deeply rooted in its political culture and social history . . . [for example, in] the absence of a state-based counterbalance to the despotism of the Tsar; the isolation and fragility of liberal civil society; the backwardness and violence of the Russian village that drove so many peasants to go and seek a better life in the industrial towns; and the strange fanaticism of the Russian radical intelligentsia.

Figes gives us the determinative forces, but then, like a good novelist, he provides in capacious detail the other factors, without any one of which such seemingly determinative forces might have been stayed. Had only Czar Alexander III not died of kidney disease at the age of forty-nine, long before his son Nicholas II was temperamentally ready to rule. Had only Nicholas truly supported Prime Minister Pyotr Stolypin and recognized the talent of another bureaucrat, Prince Lvov, early on. Had only the Czarevitch Alexei not had hemophilia, forcing the royal family to rely for treatment on the mystic Grigory Rasputin, whose baleful influence fatally weakened the regime. Had only Alexander Kerensky been better grounded emotionally and less in love with his own rhetoric, and had only his provisional government not bet its fortunes so completely on the spring 1917 offensive against the Germans. Had only Lenin’s past as a member of the nobility not awarded him such a “dogmatic” and “domineering manner,” and had Lenin only been arrested or even temporarily detained by a nighttime patrol while he walked in disguise to the Smolny Institute in Petrograd, to take control of the squabbling Bolsheviks and declare an insurrection in October 1917. And so on. Again, we are in the realm of geography and culture, until we are in the realm of Shakespeare, and finally in the realm of sheer chance. Although Figes says that “historians should not really concern themselves with hypothetical questions,” his textured rendition of history allows the reader to ponder other outcomes.

HUMAN EVENTS, because they involve human beings, will not be reduced to formulas. That is ultimately why historians are more valuable than political scientists. Of course, the Holocaust had its roots in centuries of anti-Semitism in Europe that were, in turn, the partial result of determinative social and cultural patterns. But would the Holocaust—or World War II in Europe, for that matter—have happened without the singular character of Hitler, who combined an obsession with killing Jews with a talent for operatic, megalomaniacal leadership in the teeth of a massive depression?

So, are we back to the so-called great-man theory of history (or dreadful man, in Hitler’s case)? That would be far too simplistic. For the most forceful personalities always operate inside geopolitical contexts that are mechanistic and deterministic. Liberal internationalists credit Richard Holbrooke as the great man who stopped the slaughter in Bosnia in 1995, and whose behind-the-scenes spirit drove the murderous Serbs out of Kosovo in 1999. But there was a fatalistic geopolitical context to this, without which Holbrooke could not have succeeded quite as he did. That context was Russia’s weakness, brought about by the end of the Cold War and the collapse of the Soviet Union. The 1990s saw Russia in the enfeebled chaos that was Boris Yeltsin’s rule. Had Russia been able to exert its usual historical influence in the Slavic Balkans, Holbrooke and the West would not have been able to act with such impunity. The discussions the Clinton administration held with the Russian government over the former Yugoslavia in the 1990s were about saving Russia’s face—not about fundamentally compromising with it. Were Russia in the 1990s like the Russia of Vladimir Putin’s aggressive and centralizing rule, that certainly would not have been possible.