Is America a Gullible Superpower? 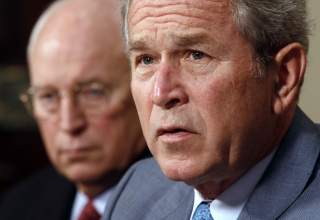 Carpenter opened the discussion by presenting the thesis of his book—that the groups and movements promoted by the United States in other countries as part of its post-World War II foreign policy have not lived up to the free and democratic standards of American rhetoric.

“The most comprehensive formulation of the Reagan Doctrine and its reasoning came from Secretary of State George Shultz…in February 1985. Shultz pointed to insurgencies in various parts of the world against regimes allied with, or heavily dependent upon, the Soviet Union. And Schultz did not just say, ‘Well these are anti-communist movements,’ or ‘these are anti-Soviet movements.’ They certainly were that,” explained Carpenter. “But he articulated a different rationale for that than just an effort to complicate things for the Soviet Union. He said these movements were fighting for ‘independence, freedom, and human rights.’”

The bulk of the book, along with Carpenter’s presentation, focuses on ten separate case studies of times the United States gave “democratic” cover to movements that were far from deserving. These include the Islamic fundamentalist Mujahideen in Afghanistan, Nicaraguan and Salvadoran death squads, the authoritarian Jonas Savimbi of Angola, the organ-trafficking Kosovo Liberation Army, Ahmed Chalabi’s National Iraqi Congress, and the People’s Mujahedin e-Khalq (MEK) of Iran.

Carpenter believes support for foreign movements that lack a broad base of support is one of the continuous mistakes of U.S. foreign policy. He is hesitant, however, to impugn the good intentions of U.S. officials. “Now one could argue, with considerable evidence, that neither Shultz nor other U.S. officials really believed that. That this was all hypocrisy, to put a gloss on a policy that had realpolitik, geostrategic elements to it. And I think there may be some truth to that. But there are other signs that Shultz and other Reagan administration officials, and officials since then, actually bought into much of this, that they were supporting the forces of democracy, they were supporting genuine freedom fighters.”

On this last point, Heilbrunn offered a more equivocal verdict. “The title of Ted’s book, The Gullible Superpower, is nifty and catchy. But the more I stared at it the less I became convinced that it completely captures the reality,” said Heilbrunn. Reading a quote from the book in which neoconservative thinker Richard Perle describes Ahmed Chalabi’s democratic aspirations, Heilbrunn stated: “I don’t believe for a second that Perle believed any of this hokum. I met Chalabi in…1998 at a luncheon at The New Republic, where I was working, and even then it was apparent that Chalabi was a hustler.” Heilbrunn indicated that simply viewing America’s past record in a dark light is misleading and cartoonish, but he also stated that complacently viewing Washington as a gullible superpower can ascribe a retroactive innocence to some of its less savory actions and alluded to the historian Richard Hofstadter’s observation that America has specialized in a “history of national self-congratulation.”

“I am not convinced that this was an exercise in rampant gullibility, nor that American foreign policymakers, when they talk about democracy abroad, are completely gullible,” continued Heilbrunn. Listing the organizations mentioned in Carpenter’s book that provided support for the brutal Jonas Savimbi, including the Heritage Foundation, American Conservative Union, Freedom House, Human Events, National Review, and the Wall Street Journal, Heilbrunn concluded that these concerted actions were inspired by opportunism, not a higher moral purpose.

“I think maybe I should have put ‘Gullible Superpower,’ with a question mark because that may have been a little more accurate,” responded Carpenter. “But there’s a split. I think some of the people really did believe their own rhetoric. Others did not. Do I have difficulty believing that Dick Cheney really thought Ahmed Chalabi was a genuine, honest, upright, pro-democratic figure? Yes, I would have a great deal of difficulty believing that. Do I have difficulty believing George W. Bush believed that Ahmed Chalabi was a good guy? I have a lot less trouble believing that.” Carpenter concluded that it is hard not to wince at the naivete of some of our leaders, even if it is genuine.

On the sixteenth anniversary of the start of the Iraq War, the motivations of our leaders and their strategy and tactics around the globe continue to be contested.