America Has Lost a Proxy War against Pakistan 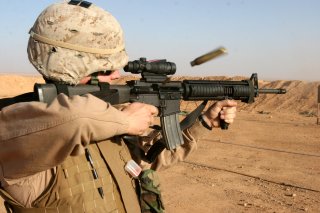 When President Joe Biden declared the withdrawal of U.S. troops from Afghanistan after twenty years of fighting, he declared that the original objectives for the invasion had been achieved. “We were attacked, we went to war with clear goals,” he gravely intoned. “We achieved those objectives. Bin Laden is dead and Al Qaeda is degraded in Afghanistan, and it’s time to end this forever war.” Curiously, he omitted where exactly the founder of Al Qaeda had met his end.

The reaction was as swift as it was predictable. The New York Times, framing the debate along familiar terms, asked, “Will Afghanistan become a Terrorism Safe Haven Once Again?” The ranking member of the U.S. Senate Committee on Armed Services, Senator Jim Inhofe of Oklahoma, warned Afghanistan would “become a safe haven for terrorists once again.” That there already exists “safe haven” for terrorists in and near the country was not mentioned.

Shortly after Biden’s announcement, Defense Secretary Lloyd Austin reportedly expressed “appreciation for Pakistan’s support” during peace negotiations in Afghanistan with the Taliban. It is not clear whether Secretary Austin had in mind the full breadth of Pakistan’s activities in Afghanistan when referring to its “support” for these ongoing and inconclusive diplomatic talks.

Carl von Clausewitz declared that “the first, the supreme, the most far-reaching act of judgment that the statesman and commander have to make is to establish…the kind of war on which they are embarking; neither mistaking it for, not trying to turn it into, something that is alien to its nature.” This most fundamental task of accurate conceptualization has also been the most overlooked and underrated in the formulation and implementation of U.S. military strategy.

As complex and confusing as the situation in Afghanistan is for foreign observers and visitors, the most fundamental lacuna in the analysis and strategy behind U.S. objectives in the country is a manifest failure to clearly acknowledge and accept the situation on the ground in Afghanistan for what it is: the United States has been waging and losing a proxy war against an alleged ally.

The mission to transform a barren, mountainous, landlocked, and impoverished country in one of the most remote parts of the Eurasian landmass—after decades of armed conflict and revolutionary upheaval—into a stable democracy with no safe havens for terrorism is tragic and difficult enough. It becomes indefensibly absurd when also claiming to do so in partnership with a country that bears the most responsibility for the continuing chaos and carnage in Afghanistan.

Among all the moral compromises made by Washington in its diplomatic relationships during the War on Terror, the U.S. relationship with Islamabad might be the most destructive and counterproductive. Less than five months after the shock of the 9/11 attacks, President George W. Bush announced the existence of an “Axis of Evil” that represented the greatest threat to world peace. Notably, none of the countries identified had any role in the attacks, nor had any of their citizens. What was stranger yet about the composition of this “axis” was that these countries, as hostile as their regimes were to U.S. interests, did not include the world’s worst offender. When examining what went wrong in the U.S. war against the Taliban in Afghanistan, it bears reviewing the central role Pakistan has played in sabotaging any prospects of victory.

It has long been an open secret that Pakistan has actively and consistently thwarted U.S. operations against the Taliban and Al Qaeda since the attacks of September 11, 2001. For as long as the U.S. has been in Afghanistan, however, the polite fiction of Pakistan as a reliable ally has persisted despite overwhelming evidence to the contrary. As a state sponsor of terrorism, Pakistan has matched or exceeded the actions and patterns of sanctioned regimes in Iran and North Korea. The flagrant involvement of its so-called “deep state” in the finances and operations of known terrorist groups as a matter of course has also been far more direct and intimate than any of the suspected links attributed to the Gulf Arab states or their citizens. Yet in stark contrast to intense U.S. pressure on its Arab allies to crack down on terrorism, or U.S. sanctions on Iran and North Korea, Pakistan’s rulers have enjoyed relative impunity since 2001.

After the United States invaded Afghanistan, Pakistan gave shelter to elements of both Al Qaeda and the Taliban. Osama Bin Laden himself would take up residence in an elite suburb in close proximity to Pakistan’s military academy in Abbottabad. After Bin Laden was finally found and killed, Pakistani authorities retaliated against local informants cooperating with U.S. intelligence. In spite of the evidence, there would be no major changes to the U.S. relationship with Pakistan.

The designation of Pakistan as a “major non-NATO ally” under President Bush was followed by the next administration proclaiming that an “effective partnership with Pakistan” would be a core element of the U.S. war against the Taliban. Pakistan’s ostensible efforts to confront its own proxies would be supported by generous aid from the United States. As the Pentagon pressured the White House to escalate the war, increasing numbers of U.S. troops and civilian officials were being sent into harm’s way and tasked with implementing near impossible projects of social transformation. At the same time, the United States sent aid to the country that directed efforts to arm and train the Taliban insurgency. The absurd implications of U.S. policy and strategy are such that it would be as if America had waged the Vietnam War while also sending aid to Hanoi.

After Donald Trump became U.S. president, there was only a temporary change to relations with Islamabad after military aid was put on hold. After Trump met with Imran Khan, the military-backed prime minister who has praised Osama bin Laden, the aid program was resumed. Despite a promised withdrawal, U.S. troops remained in Afghanistan and U.S. aid to Pakistan continued.

A Good War or a Dumb War?

It should come as no surprise then that U.S. military intervention in Afghanistan has not yielded a political resolution to a decades-long conflict or that it has failed to retain the support of the U.S. public. Before either Trump or Biden announced a withdrawal, the Taliban had conquered or contested so much territory that the U.S. military simply stopping reporting on it.

While there are other more local and nuanced factors that contributed to the U.S. failure to bring order and stability to Afghanistan, including supporting a system of government that has never amounted to much more than warlord rule beyond Kabul, it is Pakistan that looms as the largest. The Taliban is not simply an indigenous insurgency in Afghanistan, as has been suggested. So critical is the role of Pakistan in sheltering and supporting the group that one intelligence official’s repeated briefings to the Obama administration were summarized as asserting that “there was no way to defeat the Taliban militarily, to eradicate them, or force them to surrender, unless the United States was prepared to invade Pakistan, an unstable nuclear weapons state.”

As neither stability nor democracy in Afghanistan can survive the persistence of warlord rule nor the insurgency of the Taliban, short of expanding the war to include U.S. confrontation with a neighboring nuclear-armed state, there is no path to lasting victories for U.S. objectives in Afghanistan. It might be doubted that the situation is so extreme, or that there might be some strategy or solution as of yet tried by U.S. policymakers and warfighters that can bring peace to Afghanistan. If such a possibility exists, it cannot involve ignoring the origin and nature of the struggle in which the United States has been unsuccessfully prosecuting for the last two decades.

There is no way to wage a politically correct proxy war, being careful to appease and avoid giving offense to the primary belligerent in the conflict and expect a successful outcome. If Washington is unprepared to hold Islamabad to account for being the malign actor in the international system it has become, there is no strategic justification to remain in Afghanistan.

There is a looming tragedy, to be sure, in the near future of Afghanistan when the U.S. withdraws. Estimates by the U.S. intelligence community suggest Kabul could fall to the Taliban in only six months after the last U.S. troops leave Afghan soil. It will bear keeping in mind when that happens that the Taliban was also making advances even after the U.S. had escalated the war effort in 2017. That it was able to do so with such relative impunity despite the presence of U.S. troops is the direct result of the relative impunity Pakistan has enjoyed under U.S. policy.

By withdrawing from Afghanistan, the United States is letting go of a false hope for a lost cause doomed by a polite fiction. As the global nexus of security threats to the U.S. shifts to the Chinese Communist Party, to whom the rulers of Pakistan have been eager to offer themselves up as loyal vassals, this should be only the beginning of a major shift in U.S. policy towards the region.