Is America Headed Toward a Constitutional Crisis? 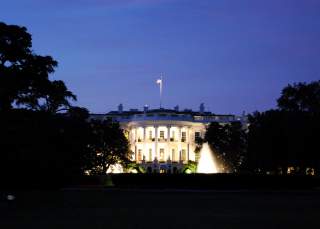 Is America headed toward a constitutional crisis? Asked about his hiring of a lawyer today, vice-president Mike Pence said, “It’s routine. It’s very routine.” President Trump appears to see matters differently. As Trump comes under scrutiny from Special Counsel Robert Mueller, he is going on the attack. In a remarkable tweet today, Trump himself confirmed that he is under investigation for obstruction of justice. “I am being investigated for firing the FBI Director by the man who told me to fire the FBI Director! Witch Hunt,” he stated.

The tweet was apparently not based on any communications from the Justice Department or Mueller, but simply signified that Trump was acting on the basis of information on Twitter and in the media. His tweet appeared to be aimed at Deputy Attorney General Rod J. Rosenstein, who appointed Mueller after Attorney General Jeff Sessions recused himself from the Russia investigation. The question hovering over Trump’s tweet is whether it is the first step in a move towards firing Sessions, Rosenstein and Mueller. Given Trump’s ire over the multiple investigations, it would be wholly precipitous to preclude that he will not take such a move, but the consequences could be cataclysmic for his presidency.

At the same time, Trump’s allies are depicting Mueller as an integral part of the so-called deep state that is intent on bringing the president down in one form or another. Former house speaker Newt Gingrich wrote a month ago that Mueller was a “superb choice to be special counsel. His reputation is impeccable for honesty and integrity. Media should now calm down.” No longer. On Twitter, he took a different view: “Mueller is now clearly the tip of the deep state spear aimed at destroying or at a minimum undermining and crippling the Trump presidency.”

Speaking at the National Press Club today, he added that a president “cannot obstruct justice.” This was not the approach that Gingrich took toward Bill Clinton in December 1998, where Article III of the impeachment proceedings that he spearheaded stated that Clinton had tried to impede, prevent and obstruct justice. A slightly more subtle defense was offered by Karl Rove on June 15 in the Wall Street Journal. According to him, “It’s also far from clear Mr. Trump ordered anything. His words were vague. A hope is not an order.” Rove added, “there is no evidence Mr. Trump acted with criminal purpose—for example, that he was bribed to shut down the Flynn investigation, or that he was trying to hide some personal financial interest in Mr. Flynn’s financial lobbying.”

Currently, Trump’s political adversaries are focusing more closely on the issue of obstruction of justice than the issue of collusion. Trump himself called Comey a “nut job” and directly stated to NBC’s Lester Holt that he fired Comey over Russia, and would have done so regardless of any Justice Department memo. Now congressional Democrats are gearing up for the prospect that Trump will fire Mueller and asserting that this would lead to impeachment.

Impeachment would have to be launched by the House GOP. This seems like a dubious prospect—so far. James Antle of the Washington Examiner points out, “Even if Democrats were to take a 52 to 48 majority in the Senate next year, a big if, 15 Republicans would have to vote to convict him. Without solid proof of collusion, that's not likely to happen.”

Right now, the special election in Georgia for the Sixth District congressional seat could be more significant for Trump than any of the congressional investigations. There, Democrat Jon Ossoff, a thirty-year-old with an MA from the London School of Economics, threatens to defeat Republican Karen Handel. The district has voted Republican for decades. If the Democrats win it, House Republicans will begin to fear that a Democratic wave election could turn into a tsunami in 2018. Trump’s support in the base is critical for his political survival—a new Rasmussen poll has him at 50 percent, something that Trump celebrated today. Other polls paint a more sobering picture of Trump’s numbers.

According to the Washington Post’s Robert Costa, voters in Georgia are less focused on Russia than on Trump’s actual performance: “What they want is what they were pledged — more affordable health care, tax cuts, new roads and bridges, an economy that feels as strong as the numbers seem to show.” They would prefer that Trump dump the tweets and focus on governing.

In this regard, maybe the most important policy decision that he has made is to outsource strategic decisions about Afghanistan to the Defense Department. For now, some additional four thousand troops, the department announced today, are headed to Afghanistan. This is not what Trump supporters voted for. If he heads further into Afghanistan, he may find that it becomes a military and political quagmire in addition to his current troubles.