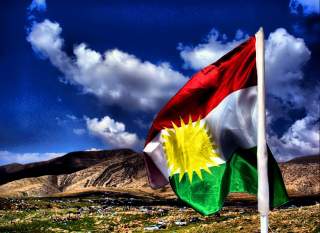 Last week, a tanker of oil from Iraqi Kurdistan, bound for Texas, became stranded off the U.S. coast on the orders of an American court, at the behest of lawyers hired by Baghdad and in response to confusing and contradictory statements by the U.S. State Department.

This event, relatively small in the grand scheme of things, shows how utterly out of touch Washington is with ground realities in Iraq, where a struggle to the death is unfolding right now; one that threatens to put in place some unpalatable geopolitical realities, create a humanitarian disaster and negatively affect the core policy interests of the democratic West.

There are, and almost always have been, tensions between Kurdistan and Baghdad. As a reminder: Kurdistan officially holds semiautonomous status within Iraq and has its own regional government with its own ministries, president, prime minister and parliament, while also being part of Iraq and sending delegates to the national parliament and holding the Iraqi presidency. Kurdistan’s majority is Sunni, but the population is Kurdish, not Arab, and tends to be very forward-leaning on such matters as religious tolerance and secularism. In the years since the overthrow of Saddam, it has prospered in every way and is aggressively pro-American—an unrequited love, unfortunately. The U.S. government, in its wish to see Iraq succeed as a whole, has been determined to interact only with the central government in Baghdad.

However, if Iraq was floundering a few months ago, now with the ISIS assault, the situation is desperate. We may prefer to deal with Baghdad, but the reality is that there is no functional central government at this time, and the urgency of the current crisis does not allow us to wait until one finally emerges—if it does.

In February, in a fit of pique, Maliki stopped paying Kurdistan its allotted share of the national revenue, and it has been struggling since then to pay its bills and keep basic services going. As Kurdish leaders have been pointing out with increasing urgency, it’s not just their own citizens they are caring for, they have also been saddled with 600,000 refugees who need to be housed and fed and provided with electricity, schooling and medical care.

These refugees include Syrian families who continue to pour across the border as the conflict in that country takes its bloody toll. They have been joined by an even more vulnerable population: 150,000 Christians, a first wave driven out of Baghdad by spates of targeted church bombings, kidnappings and murders, and a second wave recently fleeing Mosul and Nineveh. These refugees, escaping ISIS order to convert to Islam, pay an exorbitant fee in protection money or be killed, and with a mere twenty-four hours to make that decision, have been arriving on the Kurdish border with nothing but the clothes on their backs and often on foot, ISIS having confiscated their vehicles, their money and their possessions.

These people had nowhere else to go. If Kurdistan had not taken them in, the outcome would have been a slaughter. For weeks, Prime Minister Nechirvan Barzani has been pleading for Western NGO’s and Christian humanitarian organizations to come to Kurdistan and help “prevent the total disappearance from Iraq of people who have lived side-by-side with us for a thousand years.” His call went unheard, and he was left with hundreds of thousands of additional “dependents,” no state revenue to support them and his only potential source of revenue, an oil tanker, banned for no good reason from entering U.S. waters and reaching its customers.

That was last week. Over the weekend, things have taken a dramatic turn for the worse. ISIS has begun to directly engage the Peshmerga, the Kurdish regional militia—and is beating them. They have taken the town of Sinjar and thousands of its inhabitants, as Shi’a and Yazidi under imminent threat of death by ISIS have fled to the mountains. According to the Kurdish Regional Government, there is no water in that location, and if they cannot be rescued, they will be forced to turn themselves over to ISIS. There are also fears ISIS could take control of the Mosul dam, giving them power over all the farming communities that depend on its water, but worse, giving it the ability to blackmail the city of Mosul with the threat of opening the floodgates and washing it away. A look at the map suggests that they are next aiming to take Kirkuk, which would put them in control of vast oil wealth and an unparalleled strategic position.

The Kurdish militia is legendary for its determination, gutsiness and esprit de corps, but those are not a sufficient substitute for arms, ammunition and tactical information. ISIS, meanwhile, is lavishly equipped with top-notch U.S. weaponry taken from the Iraqi army. During the past years, on their visits to Washington, Kurdish leaders repeatedly stressed the need to keep the Peshmerga up to par in terms of training and materiel, requests that went unheard as the United States maintained its fixation on a deal-with-Baghdad-only policy. Even now, when the results of that policy are starkly clear—the Iraqi army having collapsed and evaporated at the first sign of battle, and the Peshmerga left to hold the fort with no resources or equipment—Washington seems unable to rethink its policy appropriately.

Yet, rapid action is essential. At this moment, the Peshmerga are the only guarantors against further ISIS expansion; they are the only force that can prevent the slaughter of the tens of thousands of Christians who have taken refuge in Kurdistan and of thousands of Shi’a, Yazidis and other religious groups on the ISIS elimination list. Kurdistan has become, for all intents and purposes, the Srebrenica of Iraq.

The Kurds and their Peshmerga are prepared to give their all to hold this line, but they need the necessary resources in logistical and tactical support, and if not money, then at least permission to raise their own funds by selling their own natural resources.