America Might Still Be an Energy Superpower After All 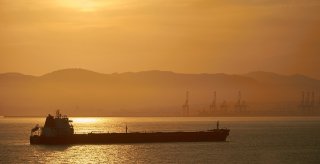 When Saudi Arabia decided to wage a war on U.S. shale and other high cost producers, it underestimated the resilience of America industry. Now, backtracking, Saudi Arabia has led members of Organization of the Petroleum Exporting Countries (OPEC) to scale back production in an effort to increase oil prices. Shale appears to be the nemesis that will not retreat.

For Saudi Arabia and other oil-dependent countries, the failure to break U.S. shale quickly and easily is both disheartening and indicative of an uncertain future. With oil plentiful—and potentially economical—in places previously thought to no longer be producing it, the calculus for winning and losing in the oil market has changed. With its capitalist underpinnings, U.S. shale has the dynamism to compete with the larger, far less efficient state-owned enterprises that dominate much of the competitive landscape.

The shift was not simply a product of technological advances and cost cutting, but also the ability to finance money-losing operations. Blame could be heaped on the Federal Reserve for causing yield-starved investors to keep “zombie” oil companies afloat. Given the exceedingly low interest rate environment, investors were willing to finance companies that, in normal interest rate environments, would have been shunned. This provided an extension on life that may not have been available without the Federal Reserve’s policy. But the complete picture of how shale producers in the United States managed to survive—not all, but many—is far more complicated. Shale did not come out of the downturn unscathed, and the Saudi Arabia-led assault was successful in pushing many less profitable or marginal producers out of the market. According to Fitch Ratings, $39 billion in defaults occurred in 2016. While the industry survived, there was significant carnage beneath the surface. And while the worst is likely over, there is still some pain to be felt.

But the Federal Reserve’s role in the oil-price game goes further than simply causing investors to take more risks. To a certain degree, the Federal Reserve helped build the U.S. shale industry in the first place. The Federal Reserve’s monetary policy decisions affect the value of the dollar. And the value of the dollar affects the price of oil. With the Federal Reserve undertaking unconventional policies and pumping money into the economy, the U.S. dollar lost value. This meant oil was cheaper to foreigners, who demanded more of the commodity, which drove up prices. With high oil prices, U.S. shale was a profitable undertaking, and drilling surged. Low interest rates to borrow and drill, combined with high oil prices, was a boon to the U.S. shale industry.

In some ways, it was also a curse. The tailwinds of a weak dollar and strong prices reversed quickly, causing problems for the debt-laden producers. The Federal Reserve, directly responsible for the strength of the dollar, tapered quantitative easing and subsequently began to raise rates slowly starting in the middle of 2014. The combination of a stronger dollar, an oil glut from U.S. shale and consistent pumping from OPEC nations sent crude oil prices plummeting. Little could be done to halt the fall. Someone had to blink.

With the November agreement to cut production, it appears that OPEC blinked. Many OPEC nations are entirely dependent on oil revenues to fund their governments. The consequences associated with the default of a small or medium sized exploration and production company are far less severe than the consequences of a sovereign nation failing to deliver transfer payments to citizens.

But can U.S. shale’s comeback (or continued resiliency) be sustained? The answer is a resounding “probably.” The tailwinds of a weak—or weakening—dollar are unlikely to rematerialize anytime soon. But the dollar should not dramatically strengthen either. The Federal Reserve is tightening slowly, and unlikely to accelerate the pace much for fear of squelching already tepid inflation. So the Federal Reserve and the dollar are neither friend nor foe. Not the best position, but there are worse ones to be in.

OPEC also seems reluctant to allow oil to remain at such low prices. This position may change, but for now at least, it is constructive. Oil prices are under pressure from multiple angles with little ability to change the trajectory. Growth in the demand for oil and its derivatives is coming under pressure as more fuel-efficient vehicles and other forms of transportation become available, or mandated. Supply is not lacking as production becomes economical through improving technology and falling costs.

U.S. shale felt the pain of lower prices, but was not broken. Instead, OPEC and Saudi Arabia blinked first. In many ways, this is the second coming of shale. In other ways, it never went away.