America Must Actively Seek an End to the Qatar Crisis 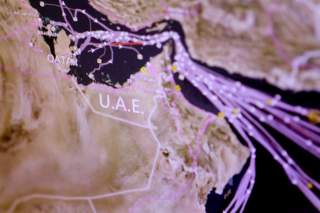 Recently, a leaked document revealed that the government of the United Arab Emirates planned to wage financial war against Qatar. The strategy was aimed at attacking Qatar’s currency using bond and derivatives manipulation. It involved creating an offshore investment fund that was constructed to obscure links to Dubai. This fund would then buy Qatari debt, and initiate a run of fake transactions, driving down the price of bonds, and encouraging bond investors to sell. This would lead to falling debt prices, which signals to the markets that Qatar’s economy is tanking, thus negatively harming the Qatari riyal. Finally, the economic scheme would be followed by a public relations war against Doha’s economy and government.

In isolation, this seems like little more than a diplomatic contestation between two countries. Unfortunately, it is impossible to separate this action from the Saudi bloc’s (Saudi Arabia, the United Arab Emirates and Egypt) blockade of the Qatari economy. The blockade was initially introduced to force a potential regime change in Doha. The past few months have seen Qatar using its vast supply of natural gas, friendly relations with other countries, substantial credit reserves and local banking revenue to sustain its economy throughout the dispute. Yet, without outside intervention, there is no signaling that the blockade will end soon, which is a problem for Qatar.

Doha’s political and economic stability is quickly decreasing. Signaling political unrest, in September, the al-Thani government revoked citizenship from the head of the al-Murrah tribe, which was the main source of domestic opposition. Given Qatar’s poor military structure, their security predominantly comes from reliance on U.S., Turkish and Iranian military alliances. Unfortunately, in the case of political turmoil, it is uncertain how each of these three nations would respond.

The UAE’s plan would significantly increase the negative effects of the blockade on Qatar. Further political instability in a country that hosts the largest U.S. military base in the Middle East would be dangerous for Washington. In addition to Doha’s stability, other threats to the United States include a potentially failed joint military exercise between America and the Gulf Cooperation Council (GCC), as well as strengthening relations between Qatar and Iran.

Thus, one would expect the Trump administration to use its relationship with all countries involved in the blockade to resolve the crisis. This is unfortunately not the case. Secretary of State Rex Tillerson has attempted to resolve the situation, however, Trump has undermined him frequently by praising the Saudi regime.

In this situation, the Trump administration is treating its relationships with the various participating countries like an investment portfolio. I.E., the more alliances (stocks) one has, the more they can be played off each other, decreasing the risks of getting involved in a conflict. This strategy has effectively allowed the blockade to continue unabated, risking instability that would hurt American interests, and potentially threaten lives of U.S. troops stationed in the Al Udeid Air Base.

Rather than continue this policy, the Trump administration should adopt a strategy where it can use its international relationships to restrain the Saudi bloc. This approach has been successfully used countless times throughout history.

One example is during the 1956 Suez Crisis. America failed to deter Britain and France from getting involved in a military dispute with Egypt. Yet, as those countries were losing oil, they asked for Washington’s aid. According to released U.S. documents, the National Security Council decided “this Government officially should keep out of the oil supply problem until we were assured that the cease-fire was in effect.” Put simply, America would not provide relief to its allies—Britain and France—until both countries agreed to and implemented a cease-fire.

A more recent example of this occurred in the Arab Gulf involving Qatar and Saudi Arabia. In October 1992, Saudi Arabia began road construction on the Qatari-Saudi border. Armed clashes occurred, though, and two Qataris died. This resulted in Qatar terminating the 1965 border agreement. Following this action, the GCC attempted to lead a diplomatic solution. This failed, however, and Qatar opened up diplomatic relations with Baghdad—a move that frustrated the GCC due to the poor relations between Iraq and Kuwait.

Egypt’s leader, Hosni Mubarak, noticed how this Gulf conflict could allow Iran increased influence in the region. As the Gulf countries fought amongst themselves, it would open the door to Iranian oil markets, and potentially increased relations with Qatar. Thus, Mubarak engaged in shuttle diplomacy between Doha and Riyadh, and forced the two countries to sign maps and guarantees that the borders would be demarcated within a year.

In both instances of alliance restraint, the superordinate state used its influence to force an agreement, thereby ending whatever threats their countries were facing. Similar to these situations, Qatar’s stability is a vital security issue for the United States, and the Trump administration must make a concerted effort to restrain the Saudi bloc.

One way this could be done is by clear signaling from Washington. President Trump’s commitment to Saudi Arabia sends mixed signals that essentially allow Riyadh the unfettered ability to lead this blockade. While the United States has cancelled joint military operations with some GCC countries and sold weaponry to Qatar, that does not sufficiently demonstrate an intent to end the crisis. The Trump administration must stop praising the Saudis and offer full support to Kuwait—which previously resolved the 2014 dispute between Qatar and the Saudi bloc and is the only country committed to ending the conflict—while mandating that Qatar and the Saudi bloc solve their diplomatic dispute.

Qatar’s stability and positive relations with the United States are too valuable to leave to chance. The Economist Intelligence Unit’s “Qatar Report” from October 2017 suggests that, if the status quo continues, the blockade will remain in effect until 2021. Such an outcome could potentially increase Iranian influence in the region and put at risk the U.S. military base in Qatar.

Jordan Cohen is a political science Ph.D. student at George Mason University. He has an M.A. in Middle East and Islamic Studies from the same institution. His research focuses on the Arab Gulf, alliances and oil politics.