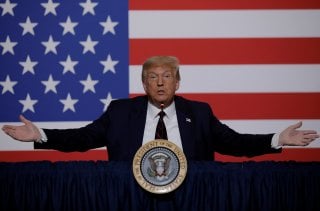 The Muslim holiday of Eid al-Adha, observed this week, stems from the Bible by way of the Qur’an, and celebrates the willingness of Ibrahim (Abraham) to sacrifice one of his sons in response to a command from God. In many Muslim countries, Eid this year has taken on a less festive and a more somber tone. As COVID-19 saps our economies and swells the vast ranks of the poor, those of us who can afford to are purchasing lamb for the needy. Yet the pleasure of the holiday, the gratification in giving, seems to elude us.

The twin holiday themes of sacrifice and solidarity seem especially poignant this year. King Mohammed VI, has prevailed on the rich to give of their wealth, himself endowing thousands of sheep for the poor. Medical caregivers—role models of sacrifice for all of us—operate under a directive to brave special risks for the elderly, doing their best to mitigate the heavy toll on these most vulnerable of our people. So heroes of sacrifice are all around us today. We remember ancient progenitors as we pray for the young ambulance drivers speeding by our homes.

This connection between ancient memory and present-day hope also found expression in the King’s speech this week. It was a self-effacing speech, in which he acknowledged that the challenge of fighting the pandemic was compounded by enduring problems: “the size of the informal sector, the inadequacy of social safety nets—especially for the most vulnerable groups—and the exposure of a number of sectors to external fluctuations.” Yet he appealed to the population to “live up to our ancestors’ ideals” as the country strives to reimagine and thereby energize its own future. In order to rectify the old imbalances, he suggested, the country can draw inspiration from the exceptional measures and sacrifice which so many have taken to protect people over the past few months. He described plans to expand the present short-term emergency funding—to which he the rich to chipped in considerably—into a longer-term economic stimulus package, driven by a new “national agency” that roots out administrative malfeasance, reforms the social protection system, and revitalizes non-government sectors through private-public partnerships.

There is a widespread concern, noted by the monarch and shared by many Moroccans, that the staunch mask-wearing and safety policies of prior months—with which the society overwhelmingly complied—are giving way to a new complacency which will lead to a new outbreak. There are also questions as to how any new approach to economic governance will escape the legacies of dysfunction, malaise, and reliance on foreign economies that are themselves increasingly unstable. Many of us are placing “home” in a new structure that puts people to work protecting the environment while investing in “green innovation.” In this respect, we seek to learn from foreign initiatives, including some elements in the United States, which also see “greening the future” as a cause as well as a sound organizing principle for the economy.

To some, it may feel anachronistic these days to hear an outsider referring to America, or figures within it, as a model. As an African country, we feel special solidarity toward African-Americans and were accordingly pained by the tragedy of George Floyd. But we were also heartened to hear about the outpouring of support for black lives by Americans of all races. And indeed, as Congressman and civil rights icon John Lewis was laid to rest this week, we remembered some of modern America’s finest times: the civil rights struggle Lewis helped lead; his own mentors, Martin Luther King and Bobbie Kennedy; the inspiration they gave to people across the developing world.

It was fitting, and even spiritually uplifting, to remember these emblems of sacrifice and solidarity. In doing so, we thought again of America as a beacon of hope, a nation with its own distinguished ancestors and role models. This has not been the most common view of the United States lately, to be sure. We more recently thought of it rather as a country engulfed in turmoil, withdrawn from the world, wanting for leadership. But America remains the country of John Lewis, a young son to King and Kennedy, who was spared their tragic fate and proceeded to follow in their footsteps. This Biblical twist was also a reminder that the greatest traditions of America can and do carry on.

All over the world, people of every faith and creed still wish for a revival of those traditions and the restoration of American leadership. So rarely in history has a great power also been a trusted moral voice, yet for decades, that is how we saw America. The country’s rivals do not strive to follow in that path: China eschews the behavior of a great power in deflecting blame and shirking responsibility, while Russia, a force for chaos in the world, mocks the moral principles that alone justify the concentration of power. It wasn’t long ago that we were riveted by the American spectacle of an open society, troubled as any other yet determined to heal and improve, that also gave its blood and treasure, sons and daughters, to the cause of improving the world.

We pray for America as we pray for one another because we need that hope again.