America Must Play the Geoeconomics Game 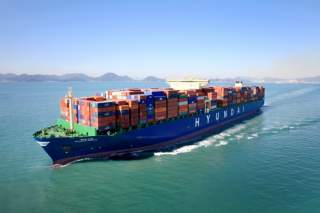 Editor’s note: this article is adapted from a presentation that Amb. Robert D. Blackwill gave at the Naval War College’s Current Strategy Forum on June 15, 2016.

I am delighted to be back at the Naval War College. What I am about to say on the issue of geoeconomics is drawn from my recent book, War by Other Means: Geoeconomics and Statecraft, which I coauthored with Jennifer Harris of the Council on Foreign Relations, and which was published in April of this year by Harvard University Press.

Despite having the most powerful economy on earth, the United States too often in the past several decades has increasingly forgotten a tradition that stretches back to the founding of the nation—the systematic use of economic instruments to accomplish geopolitical objectives. America has hardly outgrown its need for military force, which will remain a central component of U.S. foreign policy. But this large-scale failure of collective strategic memory regarding geoeconomics denies Washington potent tools to accomplish its foreign policy objectives.

The term geoeconomics is in much use today, but almost always without a specific working definition. Some authors tend to focus on the use of geopolitical or military power for economic ends. Others tend to define geoeconomics more broadly, as “the entanglement of international economics, geopolitics and strategy,” a kind of catchall definition that obscures more than it clarifies.

In the particular context of U.S. foreign policy, those who use the concept have primarily confined themselves to traditional examinations of international trade and sanctions. Typically, these inquiries depart from a narrow understanding of U.S. trade policy, but have no specific geopolitical dimension, apart, perhaps, from a widely held belief that expanded trade promotes peace. It is essentially trade for trade’s sake.

These and other earlier interpretations of geoeconomics are useful, but they are also incomplete. Strikingly, none of the existing written understandings of geoeconomics succeeds in comprehensively capturing the phenomenon that, as a plain empirical matter, seems most responsible for the term’s recent resurrection: the use of economic instruments to produce beneficial geopolitical results. With this in mind, here is the Blackwill/Harris definition of geoeconomics:

“The use of economic instruments to promote and defend national interests, and to produce beneficial geopolitical results; and the effects of other nations’ economic actions on a country’s geopolitical goals.”

Who Uses It Well and How?

China is often correctly described as the world’s leading practitioner of geoeconomics. It is also the major reason regional and global power projection has become such an economic (as opposed to military) exercise. China curtails the import of Japanese autos to signal its disapproval of Japan’s security policies. It lets Philippine bananas rot on China’s wharfs because Manila opposes Chinese policies in the South China Sea. It rewards Taiwanese companies that march to Beijing’s cadence, and punishes those that do not. It promises trade and business with South Korea in exchange for Seoul rejecting a U.S. bid to deploy missile defense systems there. It reduces economic benefits to European governments that host the Dalai Lama. It initiates the creation of the BRICS group, consciously excluding the United States. It promotes the Chinese-led Asian Infrastructure Investment Bank to rival the Washington-based World Bank. In its economic assistance to Africa, it privileges nations that vote with China at the United Nations. It provides more loans to Latin American nations than the World Bank and International Monetary Fund combined. Its economic support props up the economy of Venezuela, the most anti-American regime in Latin America. The United States has no coherent policies to deal with these Chinese geoeconomic actions—many of which are aimed squarely at America’s allies and friends in Asia and beyond.

In addition to this rise of Chinese geoeconomic power, witness the return of Russia’s systematic destabilizing geoeconomic policies in Eurasia and beyond. Russia periodically shuts off energy to Ukraine in the winter to try to bring Kiev back within Moscow’s orbit. It intends to shift all natural gas flows crossing Ukraine to alternate routes circumventing the country to deprive Kiev of crucial transit payments. It threatens to reduce energy supplies to the European Union if Europe joins the United States in responding to Russia’s aggressive external behavior. It promises massive economic assistance to the annexed Crimea. It entices former EU leaders with lucrative contracts with Russian companies. It establishes the Eurasian Economic Union to tie countries in former Soviet space closer to Russia’s geopolitical preferences. After Warsaw’s strong reaction to Russia’s intervention in Ukraine, Moscow suspends imports of Polish cheese. It bans the import of Georgian wine because of Tbilisi’s determination to protect Georgia’s territorial integrity. It offers financial aid to Greece while EU leaders are attempting their own bailout package. It dangles the prospect of an economic bailout before Cyprus in return for military port and airfield access, forcing EU leaders to choose between crafting a sufficiently attractive bailout of their own, or living with a Russian military presence inside the European Union. It bribes the weaker, cash-strapped members of the EU in hopes of provoking a defection from the U.S.-EU sanctions against Russia. For all of the readiness drills and military commitments being undertaken by NATO leaders, the United States has no consistent policies to deal with Russia’s resurgent geoeconomic coercion.

The donor states of the Arab world’s economic powerhouse, the Gulf Cooperation Council, are equally uninhibited in their use of geoeconomic instruments. The Gulf states pledge $12 billion in 2015 as aid to Egypt, adding to the more than $20 billion already contributed since the military ouster of former president Morsi. Oman commits $500 million in aid and investment to Egypt. Riyadh provides economic support to Iraqi Sunni tribes fighting ISIS. Saudi Arabia and the United Arab Emirates together supply Jordan with more than $2 billion in annual aid, leveraging Amman to contain and dismantle the Muslim Brotherhood. With sums like these, the Gulf states have essentially set off a new great game in the region; the rules are geoeconomic, and once again, the United States does not appear to have any policy to respond.

So it is for many countries—the theater of foreign policy engagement has for some time been predominantly markets. Many states today are as likely or more likely to air disagreements with foreign policies through restrictions on trade in critical minerals or through the buying and selling of debt than through military activities. As one astute early observer of this phenomenon, Les Gelb, put it, “Most nations today beat their foreign policy drums largely to economic rhythms.”

After a Long History of Effective Application, Why Has the United States Lost the Capacity to Do So?

In the current era and across the political spectrum, the United States instinctively debates the application of military instruments to address these complex challenges. There is no comparable discussion in Washington of returning Ukraine to economic viability as a way to check Vladimir Putin’s designs for a Novorossiya, or “New Russia”; of prioritizing economic and financial denial strategies in the fight against ISIS; of making reform of the Egyptian economy a primary U.S. foreign-policy objective; of strengthening Jordan to withstand the effects of the Syrian conflict; of building a Middle East coalition to blunt the economic transmission lines Iran relies upon to project influence in the region; of mounting a major, patient effort to bolster the faltering Afghan economy, a prerequisite for defeating the Taliban over the long run; of building into the Trans-Pacific Partnership agreement or into the Asia pivot more broadly, defenses to help U.S. allies steel themselves against economic bullying from China.

Thomas Jefferson would have regarded this as exceedingly odd. He did not send the newly minted American army to conquer French territory between the Mississippi River and the Rocky Mountains; rather, in exquisite geoeconomic enterprise, he bought it. To help prevent London from supporting the Confederacy, the Lincoln administration threatened Britain with the loss of billions of dollars invested in U.S. securities. Government support for overseas private investment drove both American engagement with Latin America and the rebuilding of Europe in the 1920s. The Roosevelt administration in the 1930s deployed trade to preempt German encroachment in the Western Hemisphere and attempted to use the Export-Import Bank to blunt the rise of Japan.

A year and a half after the outbreak of World War II in Europe, the Lend-Lease policy of 1941 enabled the United States to supply Allied nations with defense materials needed to win that war. In July 1944, delegates from the Allied countries, led by the United States, signed the Bretton Woods Agreement, which was explicit in its hopes that strengthened international economic cooperation, built on U.S. and British terms, could help to avoid the horrors of another global war. Secretary of State George Marshall in June 1947, delivering commencement remarks at Harvard University, famously declared an archetypal geoeconomic proposition: “The United States should do whatever it is able to do to assist in the return of normal economic health in the world, without which there can be no political stability and no assured peace.”