America Is Navigating a Bipolar Era Amid a Growing Chinese Threat 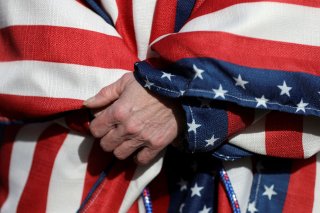 The specific nature of the Chinese Communist Party leaves it anxious, defensive, and hypersensitive to challenge on multiple fronts, even as it aggressively expands its influence worldwide using the latest authoritarian techniques. The nature of the CCP may also lead China into a much less favorable growth trajectory, though this is obviously difficult to predict. The implication is that a new bipolar order— if that is what we’re entering—will have its own distinct qualities, partly because of the peculiar nature of the CCP. American foreign policy officials have no choice but to respond to that reality. This is not to say U.S. policy toward China need be one of “regime change.” It has been clear more than once since the end of the Cold War that U.S. officials have limited capacity to predict and engineer such changes. It’s only to say that a genuinely useful foreign policy realism must factor in the nature of the Chinese regime, and push back against it.

Some warn that this amounts to a new Cold War and that the United States should instead focus on accommodating and reassuring China. As it happens, that is also the CCP’s position. Naturally, the CCP would like to enjoy the benefits of a much more assertive foreign policy approach, without either the risks or the costs of one. It’s up to the United States and its allies to ensure that those costs and those risks are not minimal. This is what, in a previous era, would have been called realism.

Colin Dueck is a professor in the Schar School of Policy and Government at George Mason University, and a Visiting Scholar at the American Enterprise Institute. His most recent book is Age of Iron: On Conservative Nationalism (Oxford, 2019).