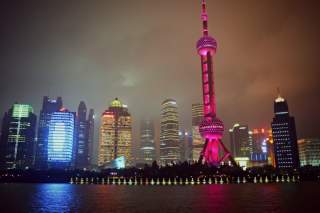 Trade with China is getting plenty of attention on the campaign trail this year but is becoming less important. Meanwhile, investment from China is becoming more important but is largely ignored.

Chinese investment brings benefits and problems. Challenges from investment include the undermining of U.S. law, due to Chinese action and American inaction. American decision makers should complain less about Chinese trade behavior and consider more how best to respond to the expanding Chinese business presence.

China is hardly an ideal economic partner, considering its theft of intellectual property. Both Democrats and Republicans accuse China of being a cheater that siphons off American jobs, especially by manipulating the yuan. But the trade criticism is overstated.

On the exchange rate, the yuan was sharply devalued, making Chinese goods cheaper and supposedly hurting the United States in 1994. Yet, American unemployment fell through 2000. In 2005, the yuan began a slow appreciation, yet US unemployment first fell modestly then rose in the run-up to the financial crisis. The yuan peaked against the dollar in early 2014, then depreciated about 10 percent while American unemployment fell again. Today, trade with China may be declining. America’s exports to, imports from, and trade deficit with China all fell in the first half of this year.

The impact of the Chinese trade surge was most intense in 2001–03. By comparison, an investment surge from China may just be starting. In 2011, excluding all bonds, Chinese investment in the United States was barely $2 billion. In the first half of 2016 alone, it was more than ten times that. The United States is now the largest national recipient of PRC investment worldwide.

The United States should anticipate at least $20 billion in new Chinese investment annually. The American economy has everything China wants—the consumer market, the asset markets, advanced technology and resources. Chinese spending is miniscule compared to $88 trillion in American private wealth, but more Chinese firms will operate in the United States. And there are political and economic benefits. Companies that might have to close can be saved by Chinese money. New ventures can be started, which will create new jobs. Even holders of small assets such as individual homes have benefitted by the thousands by selling to Chinese buyers.

There is no free lunch. Chinese money suggests risky behavior. Most of the problems stem from the fact that neither state-owned nor private Chinese firms function on predominantly commercial principles. There is certainly commercial competition in China, but it occurs in the context of the overarching authority of the Communist Party. Either a state-owned enterprise is essentially required by law to dominate a market or private enterprises are permitted to lead but must navigate in the shadow of a tight party grip on any activity that is deemed sensitive.

The result is that wealth is concentrated in the hands of those either in the Chinese Communist Party or those in good standing with the party. For example, Ren Jianxin started from scratch as a true entrepreneur running BlueStar. Not only did BlueStar become state-owned China National Chemical (ChemChina), Ren is now the frontman for China’s biggest overseas acquisition deal, the $43 billion bid for Swiss agrotechnology giant Syngenta. He is only the front man because most of the money is in fact coming from state entities other than ChemChina.

The notion of a fundamental split between state and private firms in China is flawed. When the United States accepts private Chinese money, it is still accepting money from those blessed by the party, and with it a host of challenges. The most obvious is to the rule of law: the party is not subject to law, instead using legal maneuver as a tool. At home, neither state-owned nor private Chinese firms must obey the law if they can win approval of their actions from salient party cadres. The contrast with a highly legalistic America is stark, and growing numbers of Chinese firms operating in the United States constitute a growing risk of laws being ignored.

Directly related to this is the lack of transparency. Since most Chinese businesses do not have to compete in an open market, they do not have to be honest with their customers, be they ordinary people or other companies. If their party patrons are powerful enough, they can even outflank their own government’s regulators. The ensuing harm to the public can be hidden on the grounds of being damaging to state security. The option of not disclosing material information and hiding behind the state to avoid culpability should not be available to Chinese companies in the United States, but nonetheless is used at times.

Either the fault is partly ours, or it is not entirely China's. The U.S. government is already struggling to balance the relationship with China, and gains from Chinese investment specifically, against the strict application of American law. American states and cities understandably welcome Chinese investors. They do not typically prepare, though, for unwelcome surprises. Few Chinese firms are fully aware of the stringency and intricacy of American environmental regulations. When BP was responsible for an ecologic disaster, it paid handsomely. The response of Chinese firms to date indicates they would instead flee to fortress China, leaving U.S. states with no recourse.

Examples abound. Chinese drywall makers harmed U.S. public health but progress on compensation has been mixed. Chinese vitamin C makers admitted to infringing antitrust laws, claiming not to be subject to them even while operating in the United States. Their defense was “sovereign immunity”—that as a part of the Chinese state, they must obey its instructions and are therefore not culpable for breaking American law. Given the reach of the Chinese state, even supposedly private firms can easily make this claim, raising the issue of when U.S. courts would ever have jurisdiction.

In addition, there is a transparency problem: not only Chinese companies but American accounting giants have argued that PRC “state secrets” trump U.S. disclosure with regard to material information. The accounting firms have settled this matter, for now, but it is an ongoing problem with Chinese companies. The size of the Chinese state is immediately relevant here, too, since almost anything can be deemed a state secret. In these cases, the United States has effectively imported China’s elevation of the Party above the law. Chinese firms and some of their American partners did not follow American law because the party told them not to.

At least one of the reasons for this is disturbing. China is not a rival to the extent the old Soviet Union was; it is permitted to lobby in ways the Soviet Union never could. When the Congress or Justice Department is considering an enforcement action, the PRC has effective American representatives such as law firms arguing the merits, or merely against rocking the boat with an important partner. The Chinese government and companies are doing what’s best for them by lobbying, as they are permitted to. The question is how well the United States will face up to the risks, not just the benefits, of a fast-growing number of Chinese entities operating here.

Derek M. Scissors is a resident scholar at the American Enterprise Institute and author of, among other things, the China Global Investment Tracker.