America Needs to Look to the Arctic 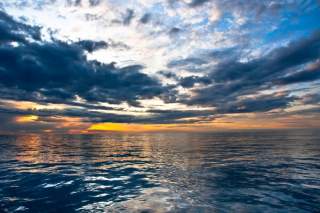 Strong U.S. Arctic policy and leadership are increasingly fundamental to the United States’ strategic and economic interests. Such leadership and focus in this area will be essential to underpinning U.S. initiatives on Arctic matters in multilateral forums, such as the Arctic Council (AC).

Starting in April 2015, the United States will assume a two-year chairmanship of the AC, a situation that will not recur until 2031. The United States has a brief window of opportunity to assume responsibility for shaping international policies to advance U.S. national interests tied to far northern resources and territorial management, and improve the live­lihoods of Arctic peoples.

If the United States wants to realize broad national interests in this region, particularly in an era of tense relations with Russia, it must prioritize greater resource commitments and attention to the region. The United States must accelerate its rate of investment in Arctic infrastructure, opera­tions and legal and regulatory capacities to be able to set the terms for the coming era of expanded Arctic activity. The United States must also imple­ment binding international agreements on such matters as search and rescue, oil spill response and polar shipping codes, among others, to attract opportunity, manage risk and help establish a solid framework for international engagement in this region in the years to come.

Rapid and unprecedented climactic shifts in the Arctic’s environmental, economic, social and geopolitical landscapes are signaling the dawn­ing of a new era of focus on the region. The Arctic is poised to leave its backwater legacy behind and become a prominent player on the world’s stage. Forecasting the exact moment of this transi­tion is nearly impossible.  However, failure of cur­rent policymakers to recognize the impending Arctic epoch will leave the United States playing a game of strategic and economic catch-up or worse, while other nations solidify their own interests and claims in the region.

With decreased sea ice, more ships are travers­ing the Arctic, and opportunities are expanding for mineral extraction, commercial shipping and fishing, tourism, research and the public-private partnerships that could make such expanded activity more sustainable and better managed. Arctic tourism doubled from 2004 to 2007, and intra- and trans-Arctic transport has risen at a similar rate, with the Northern Sea Route (NSR) traversed by a supertanker for the first time in 2011 and voyages from or through the NSR growing from near zero in 2008 to 44 in 2013.  Maritime transits through the Bering Strait increased 118 percent between 2008 and 2012. These trends are expected to continue in the com­ing decades, although year-to-year data will likely show considerable variance.

Unfortunately, the U.S. national-level focus on Arctic issues and policy is quite modest, a factor that will undermine and limit U.S. capabilities as leader of the AC. Though this organization is not the only platform to influence Arctic policy and activity, it is an important one deserv­ing of increased U.S. attention. Despite the recent appointment of former U.S. Coast Guard Commandant Admiral Robert J. Papp Jr. as spe­cial representative for the Arctic, as well as a number of recently released national roadmaps and strate­gies, the Arctic remains a policy and investment afterthought.

Notwithstanding the Arctic’s clear importance to U.S. national interests, the federal government has not dedicated significant resources to bolster its presence and economic development in the region. The United States falls short on a number of key Arctic infrastructure and regulatory issues. These shortcomings can be summed up under a singular theme: a lack of access.  The United States lacks access: through the ice with insufficient Arctic ice-breaking capability; to the shore by any deep-water port and associated infrastructure north of the Bering Strait; to maritime domain awareness data to provide a real-time, accurate picture of shipping, cargos, people and environmental conditions; and lacks access to influencing and shaping the international body of regulations in the maritime Arctic by our lack of accession to the U.N. Convention on the Law of the Sea treaty.  A common theme is, unfortunately, a lack of access to funding to provide the required capability and capacity needed to be an Arctic nation in deed, not just in word.

The United States should the take the following actions now:

- Ensure safety and security of arctic oceans and borders.

- Develop broad cooperation with Russia on Arctic resource use.

If adopted, these actions would demonstrate the United States has the political will to move beyond unfunded policy documents and shape the most-rapidly changing strategic part of the world in a way that benefits both the United States, its partners and Arctic peoples worldwide.

Adm. David Titley is an Adjunct Senior Fellow at the Center for a New Security (CNAS) and the former Chief Oceanographer of the U.S. Navy. He is the coauthor of a recent CNAS Policy Brief  Arctic 2015 and Beyond: A Strategy for U.S. Leadership in the High North.