America Needs a New Transatlantic Script to Deal with China 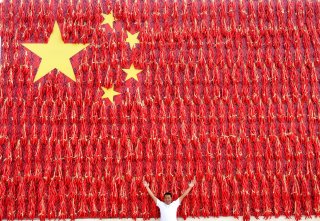 Washington also needs an updated script for any future transatlantic conversations. To effectively engage with Europe on China, the United States should demonstrate more willingness to listen to European perspectives, not only to lecture. Washington must steer clear of ultimatums and binary choices between “us and them.” Insisting on an antagonistic approach toward China or berating Europe for collaboration with Beijing will only serve to strain U.S. relations with Europe in addition to China.

Instead, Washington should take a page from Europe’s book when it comes to Indo-Pacific region outreach, shifting its focus from hard security matters to economics, trade, regulatory standards, and connectivity.  The EU has recognized, for example, that as the Regional Cooperation Economic Partnership (RCEP) and China's BRI reach deep into countries across Asia (and Africa and Latin America), the real struggle will be about how to set common standards, rules and regulations for, inter alia, global trade, connectivity and data exchanges. Few in Europe want to see fragmented, decoupled domains in these areas.

Above all, the United States and the EU must focus on bolstering a positive alternative vision of domestic political and economic governance to other countries, including China. Europe is debating how to revitalize fragilized Western democracies and to become more competitive through appropriate economic, tech and trade policies to deal with a changing world. The Biden administration apparently agrees with such a need, but also seems to think that meeting it requires painting China as an existential threat. Europe can help the United States find a different, less antagonistic, path.

Finally, a sensible and responsible transatlantic conversation on how to manage Western reactions to China’s rise must take account of European interests as well as America’s, and recognize the obvious, common need of both parties to craft a genuinely balanced approach to Beijing. Ultimately, China will have to be brought into such a conversation.

Neither the transatlantic alliance nor an alliance of democracies can be the bedrock for stability or for change in today’s world. They can be part of the puzzle, but working with other countries–including China–will be essential on most complex transnational twenty-first century challenges. With Beijing and Moscow drawing closer together in their shared anger at Western sanctions, any further division of the world into “good and bad” countries is a recipe for more global strife and not advisable.

A grown-up playbook on how Biden, Brussels and Beijing can act as responsible global actors and learn to live with each other while cooperating and competing, is badly needed. Its absence is a threat to global peace and security.

Shada Islam is an independent EU analyst, Visiting Professor at the College of Europe (Natolin campus), and Senior Advisor at the European Policy Centre.

Michael D. Swaine is the Director of the East Asia Program at the Quincy Institute for Responsible Statecraft.

Rachel Esplin Odell is a Research Fellow in the East Asia Program at the Quincy Institute.