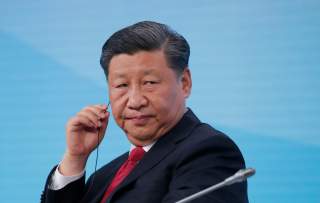 Based on the current state of bilateral relations, Beijing and Washington seem to be about as far apart as they can possibly be in the trade, investment, and military spheres. The two are coming from such fundamentally different perspectives and frames of reference that it leaves one wondering whether they can ever find a mutually acceptable path forward. What should constitute a realistic set of expectations to govern the bilateral relationship?

Washington is really looking for three things from Beijing: play by the same set of rules everyone else is expected to play by, level the playing field with respect to a more equal trading relationship, and act as a responsible global leader that promotes global development and maintains peace. On its face, there is nothing unreasonable about any of this, but from the Chinese perspective, Beijing sees nothing wrong in doing things the Chinese way and cannot understand why any other nation might object.

Beijing wants Washington to mind its own business and not interfere in what it considers to be Chinese domestic issues. Moreover, China wants America to practice what it preaches and stop being hypocritical about its own rhetoric versus its own actions around the world. Additionally, Beijing, of course, wants Washington to stop trying to impede China’s inevitable rise. There is clearly incongruity between what both are seeking and what either may be prepared to deliver. What differentiates this challenge from that of any other two nations is that both countries need each other in order to prosper and either of them is capable of causing insurmountable problems politically, economically, and militarily for the other.

To accomplish a genuinely collaborative existence, both nations must believe that they are sufficiently strong enough—militarily, economically, and politically—to want to achieve such objectives. Given the inherent inequity in the two nations’ trading relationship, and Beijing’s ongoing insistence on continuing intellectual property theft and high-level cyberattacks, it is up to President Xi Jinping to demonstrate that China is willing to modify its behavior. After all, many in the U.S. government will only believe that when they see it, on a sustained and unwavering basis.

That appears unlikely. What appears to be more likely is that Beijing will continue doing what it has been doing—getting away with whatever it can get away with. The United States will continue to object and attempt to give Xi a taste of his own medicine. But with China as the ascendant power and America as a power in gradual decline, Xi has little real incentive to change the Chinese playbook on a wholesale basis. That means that the United States should reset its expectations about future Chinese behavior. The modern trading system does not and cannot prevent China’s state-owned enterprises from blurring the line between commercial interests and national interest. Furthermore, the Chinese government uses its funds to subsidize and protect Chinese companies as they purchase dual-use technology or distort international markets.

To effectively counter more of the same from Beijing in the future, Washington needs a strategy, not merely tactics. This would ideally be executed in conjunction with the other largest and strongest countries opposed to Chinese tactics around the world. The Trump administration’s disdain for collaboration with America’s historical allies, and the institutions Washington was central to creating in the postwar era, should be replaced with a global alliance of the willing. This is not merely America’s issue or battle, for the same bones of contention Washington has with Beijing are shared, to a greater or lesser degree, by countries around the world.

The disarray and fractious nature of America’s existing relationship with much of the rest of the world should be replaced by an approach more consistent with Washington’s historical norm. That is the only way Beijing will become incentivized to change its behavior. When America competes with China as a guardian of a rules-based order, it starts from a position of strength, but any Western democracy foolhardy enough to enter a race to the bottom with China will—and should—lose.

It should also not be forgotten that, as a result of the connectivity between the American and Chinese economies, the two countries ultimately need to find a way to cooperate. As the world’s largest economies and most powerful nations, they also share responsibilities, to set the stage for peace and prosperity for the rest of the world. Although there is some degree of inevitability in the notion that Beijing and Washington will end up as rivals, neither rivalry or war are inevitable.

Henry Kissinger has opined that the Sino-U.S. relationship should not be considered a zero-sum game. Kissinger has also made it clear that a prosperous and powerful China should not, in and of itself, be considered an American strategic defeat. Both countries are compelled to interact; the question is whether they will do so as collaborators or adversaries. China’s greatest strategic fear is that an external power will establish a periphery capable of encroaching on Chinese territory (which helps explain Beijing’s actions vis-à-vis the South China Sea). America’s greatest strategic fear in Asia is that its interests and military capability will become overwhelmed by another power. That has not been an issue, previously, but it is now. Washington’s pivot to Asia during the Obama administration was an acknowledgment of that.

The gradual rise of China coincides with the gradual decline of America’s preeminence in global affairs, but it should be remembered that the U.S. government was long-ago relieved of the need to satisfy its population’s food, energy, manufacturing, and technology needs. Indeed, America has done that very well over the course of its modern history. By contrast, when China becomes the world’s largest economy in the coming decade, the Chinese government will still be preoccupied with satisfying the domestic needs of a population four times the size of the United States. Washington would be wise to recognize this and acknowledge that Beijing’s distinct set of domestic and international challenges are quite different from America’s. Also, Washington should not expect that Beijing will go about meeting its nation’s requirements the same way America did.

A strategy that presumes confrontation in the future might be completely justifiable in the business, military, and cyber arenas, but that does not necessarily imply confrontation if Beijing comes to understand that the gloves are now off. Beijing must modify its behavior so that America will eventually arrive at a more equal footing in the trade arena. By the same token, Washington must understand that China’s rise is inevitable, just as is America’s eventual decline as the world’s leading power. The question is whether superpower rivalry will succumb to historical precedent.

Daniel Wagner is CEO of Country Risk Solutions and author of the new book China Vision.