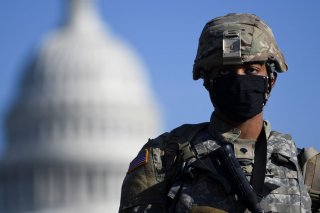 It will take a true action hero to save U.S. foreign policy. No, not Spiderman, driven by the motto that “with great power comes great responsibility.” Not Batman, the reluctant guardian of a fallen world. Not even the Terminator.

The model for American strategy should be none other than Angus “Mac” MacGyver.

The subject of a TV show that ran from 1985–1992, MacGyver fused laser-like strategic focus with brilliant tactical ingenuity and speed. He pursued enduring goals, like world peace and social justice. He knew who the enemy was (typically a racist drug lord). Yet his true calling card was a remarkable dexterity in adapting the tools at hand to escape from the deadliest conundrums. Faced with ticking time bombs and other urgent threats, MacGyver never had the luxury of relying on exquisite, laboriously developed capabilities. He employed ordinary objects, whether a Swiss Army Knife or a roll of duct tape, to achieve extraordinary outcomes.

America once had a tradition of strategic MacGyverism. It needs to rediscover that tradition today. Even as U.S. policymakers have recognized the challenge China poses, they have been slow to comprehend the speed at which it is about to slam into U.S. interests in areas such as the Taiwan Strait. Washington has been moving lethargically while pinning its hopes on solutions that may take far too long to develop.

America has found the bomb, in other words, but doesn’t have long to defuse it. And it certainly doesn’t have the typical American luxury of doing the right thing after exhausting all other possibilities. In the tumultuous years ahead, Washington must focus intensely, block out distractions, and jury-rig solutions with tools that are available today rather than a decade from now. The United States needs an approach that would make MacGyver proud—or it risks ending up as the MacGruber of twenty-first-century geopolitics instead.

The logic of strategic MacGyverism is two-fold. First, strategic focus matters. No superpower can act effectively in the world if it is just making things up as it goes along. Intelligent policy requires a clear sense of direction, a sharp conception of priorities and challenges, and a plausible theory of how a country can translate its strengths into desired outcomes.

Consider American statecraft in the late 1940s. In early 1947, the Truman administration undertook a serious planning effort to determine which threatened theaters—namely Western Europe and Japan—truly mattered in the emerging Cold War and which ones—especially China—did not. Officials such as George Marshall and George Kennan advanced an elegant strategic concept based on containing Soviet influence in Eurasian by fortifying forces of local resistance in key industrial areas.

But if American strategic priorities were clear, American policy was harried and often thrown-together. The Truman Doctrine, featuring emergency aid to Greece and Turkey, was put together in just two weeks in response to unexpected British retrenchment. The Marshall Plan was assembled rapidly after a severe, demoralizing winter raised the specter of economic and political collapse in Europe. Kennan took just a few days to draw up the outlines of that program: “The best answer we can give today,” he told Marshall, “is perhaps more useful than a more thoroughly considered study one or two months hence.” With Italy hanging in the balance in 1948, the CIA and other government organizations hastily mounted a makeshift political warfare initiative—featuring everything from payoffs to moderate politics to a letter-writing campaign by Italian-Americans—to keep the country from voting in the Communists. The subsequent creation of the North Atlantic Treaty was a historic departure in American statecraft, but it was also a jury-rigged response to spiraling European insecurity after the Communist coup in Czechoslovakia in early 1948.

These initiatives were all improvised solutions to fast-breaking challenges. They were based on calculations of how Washington could best use existing tools—money, America’s vast industrial power, the atomic monopoly—to prevent a precarious situation from falling apart entirely. They rallied imperfect coalitions made up of partners-at-the-ready. If the late 1940s was a golden age of policy innovation, then it was because Washington thought deliberately but acted quickly.

The United States had to repeat that performance after 9/11. The Bush administration wanted to refashion American strategy for an age of terror, but its immediate problem was that a muscle-bound U.S. military was ill-suited to get after the Taliban and Al Qaeda. The answer was a cobbled-together war plan that used capabilities America could employ promptly—airpower, CIA paramilitaries, special operations forces, money—to empower local allies that could fight the enemy immediately.

There is no better example of strategic MacGyverism than a U.S. Central Command commander combining laser-guided munitions and duffel bags of cash to get the Northern Alliance moving against Taliban positions. Unless, perhaps, it is horse-mounted American SOF personnel wearing pantyhose, their quick fix for saddle sores. The United States overthrew a seemingly entrenched Taliban regime in two months less because of its overwhelming power than its newfound agility.

America is most capable of summoning its inner MacGyver at moments of crisis because crises demand strategic rethinks while also permitting policymakers to break through barriers to innovation. In more normal times, however, those barriers become quite formidable.

At the dawn of the missile age in the 1950s, for instance, the Pentagon took a “go fast and break stuff” approach to developing America’s first ICBM. In subsequent decades, reforms meant to make the department more efficient and transparent also made the acquisitions system far less responsive to the shifting needs of U.S. national security. That effect was compounded by the end of the Cold War, which led to reduced defense budgets and a wave of innovation-constricting consolidation in the defense industry.

The resulting lethargy didn’t matter so much during the 1990s when America’s technological lead seemed unassailable. It’s a bigger problem now that the lead has been narrowed and major threats are gathering far faster than U.S. leaders realize.

The primary threat is China, which is racing to upend the American-led world order on multiple fronts. Over the past decade, Chinese state-owned banks have quintupled their overseas lending in a historic bid to carve out an exclusive economic zone spanning Eurasia. Chinese diplomats are coopting international organizations and bending global rules governing technology, human rights, trade, and public health in an illiberal direction. China’s navy is now the world’s largest and has increased its use of maritime coercion sevenfold in the past ten years, as part of a campaign to dominate the East and South China Seas. At the same time, China has spent billions of dollars on an “antidemocratic toolkit” of NGOs, media outlets, think tanks, and hackers dedicated to reversing the international spread of democracy and destroying America’s image abroad.

American leaders have acknowledged, belatedly, that China represents a full-spectrum challenge. But all the talk of a new Cold War has obscured the severity of the near-term threat.

Take Taiwan as the foremost example. Chinese state-media polls show that a majority of mainlanders want to reunify Taiwan by force within five years, and China’s military looks eager to answer the call. Over the past six months, the People’s Liberation Army has expanded its bases near the Taiwan Strait and waged the most provocative show of force there in a generation. Chinese patrols, some involving more than thirty combat aircraft and a half-dozen naval ships, have often breached the median line between Taiwan and China; several of these patrols have simulated attacks on U.S. aircraft carriers and destroyers. Informed observers believe that the purpose of these exercises is not simply to improve the military’s combat readiness, but to de-sensitize American intelligence to menacing buildups in the vicinity of Taiwan. Meanwhile, Beijing has made increasingly explicit threats vis-à-vis Taipei while subtly expanding the conditions in which it reserves the right to use force against that island democracy.

Admiral Philip Davidson, commander of U.S. forces in the Indo-Pacific region, has warned that China appears determined to invade the island in the next six years—and he may be overestimating how much time Taiwan has left.

American policymakers are waking up to the Chinese invasion threat, but they aren’t moving fast enough in response. The Trump administration talked about building a 355-ship Navy, a project that would take decades to complete and might be irrelevant to the outcome of a Taiwan contingency. Building new attack submarines and penetrating bombers is a better idea, but again, may not provide useful capabilities quickly enough to make a difference.

On its current trajectory, the U.S. military will still consist predominantly of a small number of exquisite platforms, many of them operating from large regional bases—precisely the kind of forces China can now pummel in a surprise missile attack. Worse, the United States is exporting this flawed system to Taiwan. U.S. F-16 fighter jet and Abrams tank sales to Taipei have drained crucial funds from Taiwan’s army and ground-based missile forces, the main defense against a Chinese invasion. Historically, the United States has rapidly overhauled its military posture only after suffering a major defeat. It may be on the path to such a catastrophe today.