America Needs to Revamp Its Image 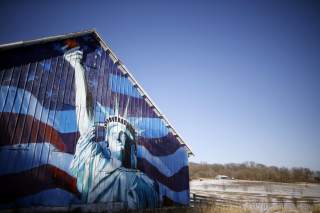 Brand recognition, both home and abroad, is a critical component in the competitiveness of U.S. business. But in a globalized economy, the United States itself is competing with other countries for jobs, investment and economic growth. If there is something the Trump administration should excel at doing, branding is it. And the time to do it is now.

Crafting and curating a viable long-term U.S. economic brand is critical to realizing the full benefits of a potentially large boost in trade. Winning the twenty-first century will require nations to differentiate themselves in the minds of global consumers and business leaders.

Right now, the United States is losing. According to the latest Country Brand Index from 2015, the United States is ranked seventh as a national brand, down from first place in 2009. There are few good times to have eroding global perceptions, and the middle of a tenuous recovery is not one of them.

The origins of a good or service matter to consumers, who use the place of manufacture and the location of the company to quickly judge quality and desirability. And it’s not just about “made in” either. Studies have shown that where a product is designed matters to consumers even more than where it was assembled or where the corporation is based—especially when the location of designer is communicated to consumers, and the location has positive connotations associated with it. The effects on the perceived level of quality can be considerable.

Think of German engineering, Italian leather and French fashion as examples of the powerful, long-term impact a national brand can have on the perceptions of other countries. It is the reason companies selling fashion often give their products French sounding names. But a national brand is not established quickly. It is one thing to conduct an advertising campaign for Coca-Cola, but it is entirely another to articulate the soul of American business.

SelectUSA, the Department of Commerce initiative for attracting businesses to the United States, is a start, but that’s all it is. The basic underlying premise of SelectUSA, that the United States is “open for business,” is an admirable one, but it is simplistic and overarching. And the assertion that “Innovation is part of America’s DNA” is not terribly distinct from the messaging of Enterprise Ireland, a government organization that promotes the Irish economy and spurs exports from the nation “where innovation means business.”

It is a good start, but there is room for U.S. states and industries to engage in more specific branding. When compared to the United States in its entirety, states tend have specialties. California is the world’s technology innovation hub, Texas innovates in energy, and New York is a financial innovator. Promoting and maintaining these brands is essential.

Granted, the United States is being proactive with branding its tourism industry. Brand USA, and its Discover America marketing campaign, is a public-private partnership aimed at increasing international tourism in the United States.

Whether the United States likes it or not, consumers will have preconceptions about the businesses and products based on their country of origin. A nation can choose to actively brand itself or let others do it for them. The eventual amalgamation of intentional branding and unintended opinion constitutes the national brand. Taking an active role in creating this perception allows the United States to have a voice in how the brand develops and evolves.

Actively shaping a positive stereotype and broader brand is simpler than attempting to overcome a negative one. The NSA spying headlines had real, and possibly lasting, consequences for American businesses abroad. International distrust of the U.S. government could be actively projected on US businesses.

The United States is an amalgamation of vastly different states with diverse specialties. The U.S. brand as a whole should stick to a broad core competency such as innovation or creativity while allowing the states do the more specific branding. Individual states and regions should be able to keep their messages more coherent and focused as their economies are less diverse and more easily branded in specific manners. At least when it comes to designing things, the United States appears to have an advantage in consumer’s minds. Does it matter where the product was assembled, as long as it carries the tag “Designed by Apple in California”? Probably not.

The necessity for the United States to shift toward nation branding becomes increasingly critical. U.S. corporations are competing on a global stage with increasingly serious threats from around the world. Building the U.S. brand is unlikely to be an economic panacea, but it does have real, tangible benefits. Developing a strong brand positions the United States to maximize the economic impact of future trade agreements and reassert itself as an economic power.

Image: A barn is painted with an image of the Statue of Liberty and a U.S. flag in Mt. Vernon, Iowa, March 8, 2015. Iowa, the American heartland. Endless farm fields and quiet towns. 56,273 square miles that are soon to become the focus of the nation as the long process of electing the next U.S. president begins. REUTERS/Jim Young TPX IMAGES OF THE DAY