America Needs to Stand with Turkey 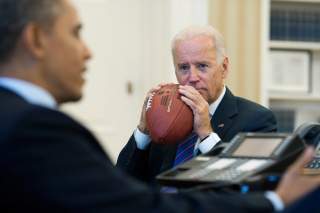 Relations between Turkey and the United States appear to be heading toward the abyss in the aftermath of the failed coup attempt in Turkey. President Recep Tayyip Erdoğan has since espoused a critical stance against the U.S. administration for failing not only to respond to the long-time calls for the extradition of Fethullah Gülen, but also to stand unequivocally behind the democratically elected government of Turkey. Tensions have been rising between Ankara and Washington since the second term of the Obama administration and currently run the risk of bringing about a major foreign policy dealignment.

There is a near-universal consensus among Turkish policy makers, opposition leaders and the public that Fethullah Gülen orchestrated the coup and commissioned his followers in the army and bureaucracy for a military takeover. Hundreds of thousands of people consisting from all walks of life and political parties expressed this strong conviction of Gülenist plot in the Yenikapı Democracy Rally on August 7. The confessions after the arrests of the putschists and a number of willing confessions unfolded a clandestine network that prioritized infiltration into the military, police and judiciary among others. The state of emergency was the only feasible response to counter such a massive monopolization of the state apparatus bent on destroying the democratic regime. The purge of thousands of civil servants from almost all branches of the state is the most immediate measure against this imminent threat, which is seen as an emergency response to an almost four-decade Gülenist buildup in state institutions.

The coup was not only seen as a mere failed attempt to crush democracy, but was also perceived as a deliberate attack on Turkish sovereignty. Therefore, the Turkish government and public expect an avowed and resolute response from Washington and other allied capitals, which would empower pro-Western elements of the government for democratic consolidation. The United States has had a historical role in the Turkish multiparty system and democratic evolution. A misinterpreted signal that would compromise the popular legitimacy in Turkey may undermine the whole state apparatus and give way to alternative visions of anti-Westernism or Eurasianist isolationism. Therefore, the U.S. administration needs to make the most of the upcoming visit by Vice President Joe Biden, as there is an apparent need for a roadmap to ease the growing divergences between Turkey–U.S. cooperation on Syria, Iraq, and other regional challenges. The administration is also called upon to clarify what kind of role Turkey would assume against the rising polarization between the West and Russia as well as in possible future economic blocs such as TTIP.

Biden’s visit might turn out to be a tipping point in the relations between Turkey and the United States, even if the administration is running out of time for new strategic options in the region. However, the fragility of the Turkish position against insurmountable challenges such as the twin threats of influx of refugees and multidirectional terrorist attacks force Turkish policymakers to seek a safe harbor that would alleviate Turkish insecurities. The discourse of the Turkish government is clearly emblematic of the quest for a way out as the dialogue with both the EU and the United States for commitments followed by noncommitments has exhausted the Turkish capacity for meeting the challenges on its own.

Realistically, the expectations are not high on either side considering that Vice President Biden comes to the end of his term at the end of this year and the situation is likely to get worse before it gets better in Turkey’s neighborhood. However, Biden visited Turkey after his visit to Iraq in January 2016, and has a personal relationship with President Recep Tayyip Erdoğan. In this sense, Secretary of State John Kerry probably regrets having failed to visit Ankara since September 2014. This is mainly because the Obama administration seems to have sufficed with assigning a mere security provider role for Turkey against ISIS and is unwilling to risk the remaining months for the much-required political and security steps to comply with what was once Obama’s policy of “degrade and destroy.” The Turkish government, on the other hand, feels entitled to introduce new steps either with or without U.S. cooperation to stem the chaotic tide that has not only upended the regional security order but also undermined Turkey’s domestic balances.

Beyond the fight against ISIS, the United States should set the record straight as to whether it would fan Kurdish separatism in Syria and beyond, which would quintessentially change the Turkish calculus in the region. Provided the Obama administration would be willing to open up the question of the disintegration of Syria, this might lead Turkey to seek alternative coalitions to prevent the collapse of Syria and Iraq, which would obviously have direct adverse effects on the integrity of Turkey. Turkish policymakers require a clarification from the U.S. administration about their future plans concerning the PKK (Kurdistan Workers’ Party), which is on the U.S. list of terrorist groups and has orchestrated terrorist attacks against the Turkish state and public, as well as its Syrian offshoot the PYD (Democratic Union Party). The U.S.’s short-sighted attempt to enlist the dubious PYD against ISIS and pretense to give in to its design for a “greater Kurdistan” comprising Syria, Iraq and Turkey are a major spoiler for further Turkish–American cooperation in the Syria–Iraq theater.

On top of this murky backdrop, the failed coup undermined the remaining trust between the two administrations. Mr. Obama failed to support democratization in in Egypt and beyond. The Turkish government considers the coup attempt as the latest stage in that line: the Western accommodation of security interests at the expense of democratic legitimacy. Therefore, the Turkish expectation for the extradition of Gülen as an éminence grise behind the coup attempt is beyond a mere legal argument. It has political implications and would be a litmus test for American support for Turkish democracy. The Turkish government faces increasing pressure from the Turkish public about the possible involvement of the United States in the coup against its will and would have to comply with the demand for Gülen’s trial before the Turkish courts. Gülen’s prolonged stay in the United States or his departure to a third country would thus shake the foundations of the Turkish-American alliance. Given that the United States was unable to accommodate its erstwhile allies in the past such as the Shah of Iran or President Mubarak against political pressures, Gülen’s overstay after his implicit involvement in a putschist movement requires immediate U.S. response either in the form of suspension of his departure or better his extradition to Turkey.

In such a challenging atmosphere, a three-stage formula of damage control, normalization and consolidation seems necessary. Biden needs to express an understanding of the coup that would satisfy the expectation of support for Turkey from the U.S. government. This understanding should encompass the popular perception that the coup was an attack to both democracy and the survival of the country.

Within such a context, Mr. Biden would find a willing audience in Ankara to begin normalization and work on U.S.–Turkey relations. There is an ongoing process of exchange of bureaucratic work and political consultation for the extradition of Gülen. The high-profile op-eds, media appearances and public outreach of the Gülen group deny Turkey its right to make its case for extradition and increase public and popular sentiments against the U.S. establishment in Turkey. Mr. Biden needs to adopt a sober attitude in Ankara apart from the mere repetition of legal arguments. The Turkish state and public deserve the United States acknowledge the overwhelming case and strong conviction about the involvement of Gülen and his acolytes in the coup. Turkey’s National Security Council considers this group as a terrorist organization, while Turkey’s judiciary has strong evidence that what has been called FETÖ (Fethullahist Terrorist Organization) orchestrated the coup plot, which has been vindicated, inter alia, by the testimony of Turkey’s Chief of Staff that the putschists wanted him to talk to Gülen after they apprehended him in the failed coup attempt. The idea is that his followers organized the coup without his approval does not make sense considering his unquestioned leader position in the minds of his followers within the covert networks in military, police and judiciary.

In order to consolidate the Turkish state, Turkey would need U.S. support and possibly assistance for the inevitable institutional transformation. The primary U.S. concern—beyond expressing solidarity after the coup attempt—should be to make sure that Turkey has the necessary military capability to ensure domestic stability and perpetuate the fight against ISIS. The worst-case scenario would be the erosion of Turkey’s counterterrorism will and capacity. Both of these concerns are closely connected to Turkey’s post-coup foreign relations and support from its NATO allies. On that note, Mr. Biden would help by officially stating the United States’s commitment to the restoration of Turkey’s military capabilities, a must for NATO’s outreach in its broader neighborhood. Turkey’s multiple front war against the PKK, ISIS and FETÖ requires coordination and cooperation with the United States. No matter how challenging the situation, Biden’s visit would help to reinstate trust in the U.S. commitment to Turkish democracy and stability, thus easing the looming tensions on the horizon.