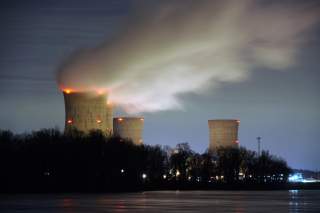 The nuclear industry has taken some heavy hits lately, the latest being Westinghouse’s bankruptcy, which leaves only one nuclear power plant construction project—in Georgia—and its survival depends on heavy federal subsidies. To secure these, it’s natural that nuclear partisans would marshal their best economic and environmental arguments. But in their panic, they have decided to tout the importance of nuclear electric generation to national security. We are told, among other things, that completing the wildly expensive Georgia project is as important as dealing with North Korea’s nuclear missiles. We are in the realm of irresponsible nonsense.

However implausible, the organization’s arguments are those of powerful interests, and we need to pay attention. The report suggests several ways to subsidize the “nuclear energy enterprise.” A telling omission: EFI never suggests that subsidies with the putative purpose of supporting national security come from the national security side of the federal budget. EFI obviously knows that if the money had to come out of, say, the defense budget, it would have to compete with other defense priorities, and would never make it.

Instead, EFI suggests, among other things, that the Federal Energy Regulatory Commission, a rate-setting body, “place greater emphasis on the national security importance of nuclear power.” That is, the ratepayer (that’s us) should pay higher electricity rates to nuclear plants to account for the extra protection the United States is getting against more countries acquiring nuclear weapons, and the firming up of the “deterrence value of our nuclear weapons.” EFI leaves unclear just exactly how a domestic federal regulatory body, subject to the Administrative Procedures Act, is to put its thumb on the scales.

The most interesting—and revealing—EFI proposal states that we “regain U.S. leverage in using 123 agreements to advance nuclear nonproliferation objectives by developing more flexible approaches for negotiating future agreements.” The words “more flexible” are key in this sentence. The 123 agreements referred to are the agreements the United States has with other countries for nuclear cooperation (pursuant to section 123 of the Atomic Energy Act), which permits nuclear commerce. One of the purposes of the agreements is to limit the access of importers of U.S. technology to the means for producing nuclear explosives—reprocessing plants that separate plutonium from spent fuel, and uranium enrichment plants that can produce highly enriched uranium. The report argues, not implausibly, that having a “robust” nuclear enterprise makes the United States a more attractive commercial partner, and therefore allows it to have greater leverage in imposing conditions on exports. But what good is that if this country adopts “flexible” approaches?

There has been a policy battle in Congress over each new 123 agreement between those who would impose strong nonproliferation conditions and those who don’t want them—for fear of jeopardizing commercial opportunities. Of course, the opponents put it differently. Their mantra is: “You have to play the game if you want to have a say in the rules.” This is where the words “more flexible” become important. In this context, “more flexible” is a term of art, understood by everyone in the nuclear-policy community to mean being more permissive concerning the access that U.S. customers have to the country’s nuclear weapons explosive plutonium and highly enriched uranium. The EFI report is in effect saying that a stronger U.S. nuclear power sector could better defend permissive export rules against congressional nonproliferation hawks, which is not a very attractive reason to subsidize nuclear plants.

The prestigious Washington-based Center on Strategic and International Studies followed the EFI report with an August 17 email broadcast of its own. The center insists that the crisis facing commercial nuclear energy “is every bit as important as North Korea.” The United States has to rescue the Georgia nuclear power plant construction projects, now “hanging on by a thin thread.” Costs, the Center admits, have ballooned. But if construction stops, it will likely be “the last nail in the coffin for America’s commercial nuclear industry,” which “is the foundation of America’s leadership in the global system of rules and regulations designed to limit the spread of nuclear weapons. Commercial nuclear industries are the foundation for all weapon programs.” (Emphasis added—in astonishment.) If we don’t deliver billions in subsidies to cover construction in Georgia, then we are “doomed to a future that will become far more dangerous for our grandchildren.”

There is such a thing as defending nuclear power too much, especially defending mismanaged projects that have gone way beyond schedules and way over budget. On the future of U.S. nuclear power, let’s leave firming up the country’s nuclear deterrent and North Korean issues out of it and stick to issues of economics and environment.

Victor Gilinsky is program advisor to The Nonproliferation Policy Education Center (NPEC) in Arlington, Virginia and served two terms on the Nuclear Regulatory Commission. Henry Sokolski is executive director of NPEC and served as a senior official in the Cheney Pentagon.

Image: The Three Mile Island nuclear power plant, where the U.S. suffered its most serious nuclear accident in 1979, is seen across the Susquehanna River in Middletown, Pennsylvania in this night view taken March 15, 2011. REUTERS/Jonathan Ernst