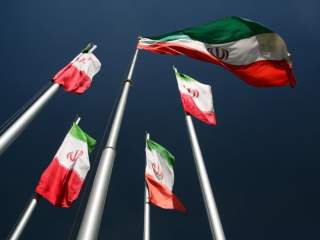 Iran’s ongoing ballistic missile drills continue to present a problem without an effective solution. Specifically, last month, three former U.S. government officials called in the National Interest for a plan linking “pressure and diplomacy” to address Iran’s missile program. While their argument is sensible on its face, they are wrong about the path needed to do so. By agreeing to last year’s Joint Comprehensive Plan of Action (JCPOA) nuclear deal, Washington has diminished its ability to engage in coercive diplomacy with Tehran. Absent dramatic measures to restore that leverage, a renewed diplomatic endeavor would merely replicate the negotiating mistakes which produced that flawed agreement.

Having reached the deal’s “Implementation Day” in January, sanctions relief is now taking effect. For many European firms, Iran’s lucrative energy sector is now back open. For its part, Washington has removed secondary sanctions on trade with that sector, dismissed four executive orders and delisted a number of individuals from the Treasury Department’s Specially Designated Nationals List. Taken collectively, these moves translate into shrinking American bargaining power as the JCPOA continues to be implemented.

A major flaw in the JCPOA was that it did not include ballistic missiles at all. Despite the advice of analysts (including this author), P5+1 negotiators opted to focus on fissile material rather than the delivery mechanism for that material. While accommodating Iranian intransigence, their concession overlooked U.S. law on the termination of sanctions, and missed the broader purpose of Iran’s missile program. As Director of National Intelligence James Clapper reiterated in a recent congressional testimony, Iran’s “ballistic missiles are inherently capable of delivering WMD.”

It is against this backdrop that the authors call for both “pressure and diplomacy” to address Tehran’s missiles. However, the pressure component that they offer is lacking. Even incentives which the authors endorse, such as “civil and scientific collaboration. . . including on Iran’s space program,” provide ample room for Tehran to obscure the end user. Their argument also overlooks a key objective behind the Islamic Republic’s space efforts. As Clapper noted, beyond their deterrent value, Iran’s improvements in space-launch platforms also offer it “the means and motivation to develop longer-range missiles, including ICBMs.”

The authors also call for exploring restrictions on Iran’s missile program in return for lifting UN missile sanctions. The most recent UN language urges Tehran “not to undertake any activity related to ballistic missiles designed to be capable of delivering nuclear weapons, including launches using such ballistic missile technology.” Since that Security Council resolution was unanimously passed last summer, Iran has tested ballistic missiles multiple times, in addition to releasing another upgrade to its arsenal. Rather than lifting UN missile sanctions, as the authors urge, the recent drills indicate that United States should actively reinforce them.

The authors’ recommendation to trade away the resolution’s sole missile provision early in the bargaining process would only repeat a pattern set too often in the JCPOA talks: allowing Tehran to prematurely pocket concessions. Throughout the negotiations, Iran used one concession on the part of negotiators to force another. When its interlocutors relented on domestic enrichment, for example, Tehran stood firm, moved its red lines and raised the number of centrifuges it would be allowed tenfold. Although the P5+1 were reportedly prepared to concede only five hundred centrifuges, the final agreement allowed Iran to enrich uranium in no fewer than 5,060.

This is clearly not a strategy worth copying. If any approach should be reproduced, it is the escalating economic pressure that brought Iran to the JCPOA negotiations in the first place.

Instead, following the authors’ plan would give the Iranian leadership every incentive to harden its position on missiles. Since the implementation of the interim deal in January 2014, Iran has insisted ballistic missiles were off the negotiating table. To Tehran, Washington’s decision in December to delay designations against entities aiding its ballistic missile program are proof that America’s promise to sanction nonnuclear violations is mere rhetoric.

Similarly, following the authors’ advice would allow Iran to overstate the value of the few concessions on missiles it might actually be willing to give. During the JCPOA talks, Tehran overstated the importance of the IR-1 centrifuge, focusing international attention on centrifuge efficiency and output, and walking away with research and development privileges that in the long run could make a centrifuge cap ineffective. With respect to missiles, limiting their range is just the tip of the iceberg. Diplomatic efforts should be made to bring Tehran in line with the Hague Code of Conduct Against Ballistic Missile Proliferation, an international partnership against missile proliferation.

Much like the JCPOA framework, a deal that doesn’t roll back Iran’s missile program but merely freezes some elements will serve to kick the can down the road. In the JCPOA, most of Iran’s concessions were time-sensitive, and once those constraints on its nuclear program begin to erode in eight to fifteen years, Tehran can continue its “patient path” to a nuclear bomb.

To prevent this, Washington must demonstrate its commitment to dealing with Tehran’s missile efforts by limiting that program’s acceptable boundaries. This requires targeting actors who facilitate transactions or engage in procurement inside and outside of Iran. Washington’s approach to Tehran’s missiles has largely been driven by export controls, seeking to prevent the flow of sensitive technologies from abroad that can be constituted into a missile. The scope of that approach should be broadened to include critical domestic nodes in Iran’s missile program, such as providers of solid fuel and manufacturers of transporter-erector launchers.

Targeting Tehran’s missiles also means targeting the Islamic Revolutionary Guard Corps, which oversees the program. This is complicated by the fact that a host of IRGC-linked entities—including its Aerospace Force, which is linked to underground missile depots and missile tests—are slated for EU sanctions relief in eight years at most.

Lastly, the authors dismiss the military use of Iran’s missiles due to their “low accuracy.” But illicit procurement activity, and recent tests featuring upgraded guidance systems as in the Emad missile, are designed to ultimately overcome these challenges. Similarly, Iran has already reaped deterrent dividends from its missile force, providing it with cover to pursue its aggressive regional policies.

While the authors’ call to restrain Iran’s missile program is welcome, their model—aiming to capitalize on a flawed deal—is not. Absent enhanced economic leverage, opting for an accord on missiles merely replicates past negotiating mistakes, and allows Iran to progress further in developing the means to deliver missiles, nuclear-tipped or otherwise, to targets around the world.

Behnam Ben Taleblu is a non-resident Iran research fellow at the Foundation for Defense of Democracies.