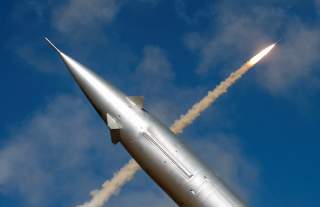 Upon entering office last January, President Donald Trump asked Secretary of Defense James Mattis to prepare a Nuclear Posture Review (NPR) that would lay out the Trump administration’s nuclear strategy. The document will soon be released, and while claiming to seek a world where nuclear weapons use is less likely, the review’s recommendations would actually expand the conditions under which the United States would use nuclear weapons. The draft NPR also seeks to add two new nuclear weapons to the American arsenal and would significantly lower the threshold for nuclear use. Sadly, the document gives short shrift to the need to revitalize the moribund arms control and reduction process, ignoring the best means the United States has to shape the strategic landscape and reduce the nuclear dangers that pose the greatest threats to us and our allies. For all if its complications, direct arms reduction engagement offers the best hope of heading off another disastrous cycle of nuclear one-upmanship between Washington and Moscow.

While not yet released to the public, a draft of the all but complete Posture Review was leaked to the press last week. Much of the document rightly focused on enhancing deterrence with Russia and making clear to Moscow—and North Korea—that any decision to use nuclear weapons would bring about severe consequences to the attacker. These are sound policies and should be welcomed by members of both parties. By making clear that any use of nuclear weapons against the United States or its allies is unacceptable and would thus require a severe reaction, the document starts squarely in the mainstream of nuclear strategy and policy.

However, the document and the thinking behind it fall woefully short in laying out how to end the action-reaction cycle we increasingly find ourselves in with Russia. The only mention of arms control and diplomatic engagement to reduce nuclear risks appear at the end of the document, almost tacked on as a fig leaf to show that the issue was not entirely ignored. In contrast, past documents have talked about how arms control can enhance strategic stability and strengthen the global norms against proliferation and nuclear use. However, by dismissing and seeing arms control mainly as an unwanted constraint on American freedom of action, the NPR sadly undervalues the role that arms control and engagement with Russian has and can again play in reducing nuclear risks and restoring both strategic and crisis stability with America’s main nuclear rival. In this respect, the NPR resembles the administration’s National Security Strategy, an eighty-page document released late last year that omitted any discussion of the contribution that arms control could make to American security.

Arms control—legally binding, verifiable agreements that manage military competition—has enhanced stability in difficult moments in the past and remains one of the few elements effective elements in the bilateral relationship today: both sides continue to adhere to the 2010 New START agreement that limits each side to 1,550 nuclear warheads.

But another pillar of the arms control system that facilitated the end of the Cold War is now in real jeopardy. The 1987 Intermediate-Range Nuclear Forces Treaty banned both sides from having and deploying medium range ground-launched missiles. Washington argues that Moscow is violating the accord and is now deploying dozens of cruise missiles in Russia. Moscow, meanwhile, denies this and, contends that the American side is undermining the accord by deploying missile defense launchers that could also be used to launch cruise missiles. As a result, both sides are hinting that they are prepared to walk away from the agreement. The agreement is on life support.

Russia’s alleged violation of the INF Treaty gets prominent attention in the NPR’s short arms control section, much more in fact that any consideration of how to use engagement, diplomacy and verification to reverse the dangerous trends in U.S.-Russian nuclear matters. In fact, the NPR calls for the United States to move towards deploying a new sea-launched cruise missile (SLCM) to, in part, compel Russia to return to compliance with the INF Treaty. It is far from clear that the new proposed SLCM will be successful in incentivizing Russia to return to INF compliance. Surprisingly, there is no discussion of more feasible and less dangerous ways to motivate Russia, including agreeing to pursue enhanced transparency and verification to demonstrate that NATO’s missile defense deployments in Europe are not equipped to or capable of launching offensive weapons banned by the INF Treaty—a major Russian counterclaim.

Threats to the survival of the INF Treaty are only the tip of the iceberg, however. Russia is now in the process of rebuilding much of the Soviet Union’s strategic nuclear arsenal, including mobile, intercontinental-range ballistic missiles and a new fleet of missile-armed submarines. The United States is in an early stage of a trillion-dollar plus modernization program of its own, including new submarine and land-based missiles and a new stealth bomber armed with a new stealthy, long-range cruise missile. The NPR endorses the Obama program of modernization, and even hints that this program may be increased even beyond the call for new submarine launched warheads and SLCMs.

This ongoing arms competition is fueling a new dangerous dynamic that could threaten the security of Russia and the United States in two important ways.

The first threat is that Russia and America may soon be locked into what analysts call a cycle of “arms race instability.” As each side deploys new systems, they both perceive the worst in the military capabilities and intentions of the other and each seeks, through additional deployments, to restore the overall balance. The result is an action-reaction cycle of new nuclear deployments. Exhibit A is that Russia’s pursuit of an illegal new ground-launched cruise missile is now driving the United States to consider a new SLCM in response. It was a similar dynamic from the 1960s through the 1980s that led the two sides to deploy tens of thousands of nuclear weapons, leaving them both vulnerable to the ever-present threats of nuclear use by accident or through miscalculation.

The second threat, however, is even more dangerous. Russia and the United States are increasingly undermining “crisis stability” as they pursue nuclear modernization. The INF Treaty was negotiated because neither Ronald Reagan nor Mikhail Gorbachev felt secure, in the midst of a deep Soviet-American crisis, in having less than ten minutes to decide whether or not unleash their huge nuclear arsenals. But the deployment of short flight-time INF missiles in range of Moscow and major European capitals significantly squeezed the time that the Kremlin or the White House had to make prudent decisions in a crisis.

But the thirty years of stability in Europe purchased by the INF Treaty is now at risk. Russia’s apparent decision to deploy a new generation of INF missiles, together with the NPR’s call to consider new nuclear-armed sea-launched cruise missiles and Congressional funding of a ground launched variant that would also be contrary to the Treaty’s terms, all risk recreating the same dangers that made the INF Treaty necessary in the first place. This, combined with America’s increasingly capable missile-defense capabilities in Europe, Asia and at home, have led a growing number of Russians to believe that the United States may soon have a clear nuclear advantage that leaves Moscow vulnerable to nuclear-first strike.

The NPR is sadly silent on ideas and is devoid of any initiatives to head off these dangerous trends. The document even avoids calling for the two sides to extend the existing New START agreement that limits both countries to no more than 1,550 strategically deployed offensive nuclear weapons. That Treaty expires in 2021 but can be extended by up to five years by mutual agreement. Even here, with an agreement that both states are observing, the Trump team cannot bring itself to endorse the arms control process, casting doubt on whether either side will be allowed to inspect or verify any nuclear obligations on the other soon after Trump’s first term expires.

The emerging U.S.-Russian nuclear relationship raises some complex problems, with few simple solutions. But experience has shown that at least one solution lies with direct, Russian-American engagement and seeking to negotiate arms control agreements. It has been seven years since U.S. and Russian negotiators completed New START and stopped talking. This is the longest hiatus since bilateral arms control began after the Cuban Missile Crisis. In a new round of talks, negotiators should develop and codify new, verifiable agreements that restore full compliance by both sides with the INF Treaty. Achieving such a deal should also lead negotiators to agree to extend the terms of the New START treaty beyond 2021, and even begin discussions on further reductions in nuclear warheads. Deeper nuclear cuts will also probably require agreements or understandings covering missile defenses, conventional strike missiles, and emerging cyber and space technologies.

Despite the Trump administration’s decision to treat it as an afterthought, arms control is not dead. There are capable and knowledgeable experts on the both sides who can negotiate the technical solutions able to count, control and manage the nature of the nuclear competition. But until senior leadership in both countries understand that the alternative to effectively managing this competition is nuclear chaos, nothing will be done.