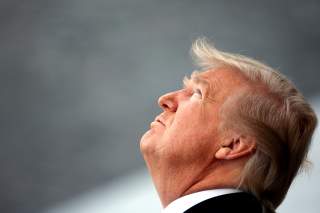 Every U.S. president since 1992 has come into office believing that, unlike his predecessor, he will be able to forge and sustain a new, improved relationship with Russia. After all, once the USSR collapsed, and the new Russian leadership jettisoned official Marxism-Leninism and said that it wanted to join the community of “civilized nations,” the major obstacles to a rapprochement between the world’s two nuclear superpowers appeared to have gone. Yet each reset has ended in disappointment on both sides. This year the “Russiagate” scandals have intervened to slow down what was undoubtedly President Trump’s sincere desire to cut a “deal” with Russia and bring relations to a new level. But the real impediments to better U.S.-Russian relations are structural, and go far deeper than the latest revelations about ties between Trump associates and Russians.

Washington and Moscow have very different ideas about what a productive relationship would look like. For President Putin, whose mission has been to restore Russia’s role on the world stage and negate what he sees as the disastrous legacy of the 1990s, the fundamental goal is to have the United States treat Russia as though it were the Soviet Union. That means recognizing it as a fully sovereign great power whose smaller neighbors enjoy only limited sovereignty, and America’s equal whose legitimate interests must be respected. The goal would be to create a new tripartite Yalta system, where the United States, Russia and China agree to divide the world into spheres of influence. It also means eschewing any U.S. attempts to influence what happens inside Russia. While it is possible that some in the Trump administration and some of his supporters might be willing to subscribe to this worldview, his secretaries of defense and state, as well as his national security advisor, do not, and any administration that moved in this direction would be rejecting the fundamental premises that have guided U.S. foreign policy over the past twenty-five years.

What interests do the United States and Russia have in common? Both bear a unique responsibility as the two nuclear superpowers and share a commitment to preventing the proliferation of weapons of mass destruction, but when it comes to defining exactly what they mean by that, they cannot always agree. Both agree that terrorism is a common threat, but often have different definitions of who is a terrorist, as is clear from the difficulties they have had cooperating in the fight against ISIS in Syria. And, unlike the United States’ relationship with China, for instance, it has limited common economic interests with Russia, and hence fewer stakeholders to promote continued and improved relations. Russia’s main exports are hydrocarbons and military hardware, neither of which the United States needs. And the difficult investment climate and weakness of the rule of law—as well as the current sanctions regime—act as a brake on further U.S. investment.

Despite the lack of common interests, there are issues on which the United States and Russia must and can work together. The war in Syria, with its catastrophic human toll, is the most pressing issue. Beyond the current cease-fire, Washington and Moscow must continue to deconflict air operations and to provide humanitarian relief. The fact that bilateral military ties have resumed is a hopeful sign. The situation in North Korea could also be an avenue for cooperation, although Russia opposes putting further pressure on Kim Jong-un. And opening talks about designing rules of the road in the cyber sphere would be desirable.

Ukraine remains another major stumbling block to improved ties. The appointment of Ambassador Kurt Volker as special envoy for Ukraine is a welcome development. But the prospects for the Minsk agreement being fulfilled are not good. Secretary Tillerson has hinted that there may be a way forward outside of Minsk, but that will require imagination and determination on all sides to resolve the conflict.

Given the fundamental differences between the two sides on a host of issues, and the lack of trust, the U.S.-Russian relationship will at best remain a limited partnership, with cooperation on some issues of mutual interest, and disagreement or competition on others. Things are unlikely to look so different under a Trump administration from the way they did under the Obama administration, barring some major new revelation about Russian activities during the election campaign last year. That should not be surprising, since the basic issues that confront the United States and Russia have not really changed that much over the past decade. Given these realities, skilled management of a challenging relationship and avoiding a deterioration in ties are probably the most to be expected for the foreseeable future.