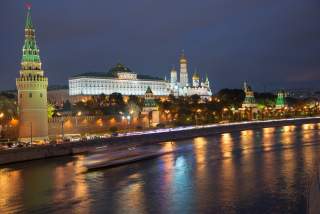 First, the Donald Trump administration needs to conduct an honest review of past U.S. policies towards Russia (especially the so-called “reset”) and, putting aside campaign rhetoric, ascertain their successes and failures, their strong points and their weaknesses. Simultaneously, it must take stock of its own priorities and redlines, as well as identify where and when it will spend political capital to advance the relationship by offering compromises—and what demands it is going to make of Moscow. Given some divergences in statements during the campaign between Donald Trump and his running mate Mike Pence, it is important to get the new administration onto the same page when it comes to Russia.

The new national-security team must also disabuse itself of any notion that there is an easy, cost-free approach to dealing with the Kremlin where the United States need not offer Moscow any compromises on a range of issues without having to shoulder the burdens that a vigorous effort to contain Russia would entail. Despite very real weaknesses, it is not prudent to base U.S. policy on the expectation of a major collapse in Russian capabilities in the near future. The Vladimir Putin administration retains access to a wide variety of tools which can complicate U.S. policy or raise costs for U.S. action—and has already shown a willingness to deploy such instruments when they have believed that Russian interests are jeopardized.

Traditionally, the United States has had difficulty in transcending the binary designation of another nation as “friend” or “foe.” The next administration has to become more comfortable with compartmentalizing the relationship with Russia if it does not want to see areas of beneficial cooperation adversely affected by the inevitable disagreements. This requires an understanding of what areas of U.S.-Russia relations are essential to U.S. interests, and where such cooperation can be jettisoned because of Russian actions in other theaters. It also requires wrestling with difficult questions of where to seek compromises with Russia and where to stand firm. Overall proposals like “new détente” or “new containment,” as well as more specific policy proposals, such as developing a no-fly zone over Syria or agreeing to permanent neutral status for Ukraine, all carry significant costs and risks.

The review process can only be successful if the new team is willing to make these calls based on its assessment of U.S. values and interests, a sober assessment of Russian strengths and weaknesses and an understanding of where Moscow may be induced to show flexibility and where the Kremlin will stand firm. This requires, in the end, an understanding both of the costs America is willing to pay and the limits of what can be demanded of Russia.