America Should Get Its Nuclear House in Order 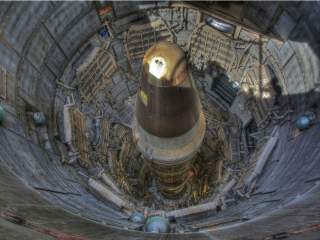 There is no doubt that the United States and the international community should be concerned about the latest nuclear test by the unpredictable and unstable regime in North Korea—the fourth in the last decade—even if the Hermit Kingdom tested ‘only’ a conventional atomic weapon and not a hydrogen bomb as it claims. In addition, as Secretary of State John Kerry noted, China needs to change the way in which it handles its North Korean ally because the current policy of continuing to export oil to North Korea permits the regime to live with the economic sanctions the international community has already placed on it.

However, the United States must also recognize that its own policies have played a role in enabling the North Koreans to conduct four nuclear tests over the last decade. Specifically, there are three examples of U.S. policies that have undermined our credibility on the issue of nuclear proliferation.

First, the United States has yet to ratify the Comprehensive Test Ban Treaty (CTBT), which bans all nuclear explosions in all environments by any nation, adopted by the United Nations General Assembly twenty years ago. In fact, the U.S. Senate in 1999 actually refused to provide advice and consent to the CTBT. Because of the failure of the United States and several of it close associates—including Israel, India, Egypt and Pakistan, as well as North Korea and China—to ratify the treaty, it still has not entered into force. Seven years ago, one month after taking office, President Obama, stated that he intended to pursue Senate ratification “immediately and aggressively.” But to date, he has not done so.

Second, the United States itself has undermined the global non-proliferation regime by withdrawing unilaterally from a major arms control agreement with the Russians, the Anti-Ballistic Missile (ABM) Treaty. The George W. Bush administration withdrew from the treaty, which had been in force for three decades, so that it could deploy ballistic missiles in Eastern Europe, ostensibly to combat Iranian nuclear weapons. Given such actions, how can the United States criticize North Korea for withdrawing from the Nuclear Non-Proliferation Treaty (NPT) so that it could continue to develop nuclear weapons?

Third, the Obama administration has embarked on a massive program to modernize all three legs of its own nuclear triad—bombers, land based missiles and sea based missiles. This program, which will cost at least $350 billion over the next decade and more than a trillion dollars over the next 30 years, will enable the Obama administration to maintain about 2,000 strategic warheads and several hundred tactical nuclear weapons indefinitely. Yet President Obama has not only called for the eventual elimination of all nuclear weapons, but an immediate reduction to 1,000.

The United States cannot have it both ways. We cannot mobilize the world community to sanction North Korea while not fulfilling our own obligations.

Certainly, North Korea’s latest test violates UN Security Council Resolutions. But since North Korea has withdrawn from the NPT, its actions undermining the goal of a nuclear free world can be compared to those of the United States, which has also withdrawn from the key ABM treaty, refuses to ratify the CTBT and is actually expanding its own nuclear weapons program. The U.S. needs to do more to lead non-proliferation by actively reducing its arsenal.

Congress and the Obama administration should take this latest North Korean action as an opportunity to get our own house in order by ratifying the CTBT, rejoining the ABM Treaty and slowing down our impending nuclear modernization program. In doing so, we will have the credibility to lecture the Chinese about getting tougher with North Korea by inflicting real economic pain on it, and lead the international community in ensuring that North Korea does not continue on its current path.

Lawrence J. Korb is a Senior Fellow at the Center for American Progress. He is also a senior advisor to the Center for Defense Information and an adjunct professor at Georgetown University.