America Should Open Up the Saudi Arabian Nuclear Energy Market 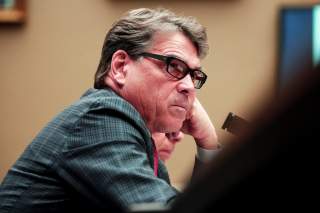 Times are tough for much of the United States nuclear energy industry. Decades of overzealous regulation, tough competition abroad, inexpensive natural gas, and exorbitant subsidies for renewables—all combine to make these very hard times. As American Secretary of Energy Rick Perry said of the situation in April, “My job is to find solutions to challenges that face us” and to sit by “is not acceptable.” Perry is right that nuclear energy is too valuable a resource to let slip away, but it is not enough to just “do something.” Perry needs to do the right thing and there are two ongoing policy discussions before him: preventing the pending closure of U.S. nuclear reactors and the possibility of exporting commercial nuclear technology to the Middle East.

For better and for worse, these two discussions approach helping the nuclear industry in very different ways. The first question is what to do about the shutdown of nuclear reactors in the mid-Atlantic region. So far, the Energy Department is contemplating bailing out those nuclear plants that are no longer price-competitive with other electricity generators. The bailout would come in the form of preferential, government-mandated contracts to guarantee prices for nuclear power in the region.

Bailing out failing sectors of the economy should lie well outside the role of any government agency. If the government took this approach on principle, where would it stop? If the Energy Department bails out nuclear, it must be prepared to do so for coal, oil, natural gas, and renewables—but that would be madness.

There are a host of reasons why such a bailout would do more harm than good. For one thing, introducing new subsidies for nuclear power in a competitive market makes consumers pay more since someone has to pay for those preferential contracts. Subsidies or bailouts also make it harder for more efficient suppliers—new and existing—to meet customer needs. In the end, “helping” some nuclear operators with bailouts hurts many more individuals, families, businesses, entrepreneurs and investors than it would “help.”

Additionally, in the long run, federal subsidies actually won’t even help the nuclear industry. As history amply demonstrates, these policies end up hurting those industries they’re meant to save. Instead of bringing about a nuclear renaissance, subsidies have tied nuclear energy investment and innovation to political fashions. Often, these fashions run counter to smart business decisions, common sense and good ideas.

Furthermore, subsidies dull the effects of bad policy for the select few projects that qualify for the federal aid, leaving the rest of the industry to play in a lopsided field. Competitors to nuclear power would also have to face unaddressed underlying policy problems, such as nuclear waste management, outdated regulations, or too much government micromanagement in the business side of commercial nuclear energy.

When facing the challenge of what to do with nuclear power in the mid-Atlantic, the Energy Department should remember the benefits Texans reaped under a new competitive energy market back when Perry lead those changes as governor. The embrace of competition among electricity providers resulted in greater consumer choice, lower prices, reduced emissions, and market innovation—a win, win, win for everyone.

Another possibility is the second option being discussed by the Department of Energy—finding new markets abroad for U.S. firms to compete in. Given the growing potential to open the Middle East to exports of U.S. commercial nuclear technology, this could provide a profitable and free-market friendly way to help the American nuclear industry. So far, Secretary Perry has correctly recognized bailouts and subsidies as disastrous choice, instead leveraging his role as to give U.S. firms a shot at competing in Saudi Arabia’s market.

Saudi Arabia is on the cusp of building its first nuclear power plants—part of a vision to diversify its economy and meet the needs of its growing population. After nearly a decade of legwork in partnership with the IAEA and experienced countries and companies, Saudi Arabia last October invited companies from China, France, Russia and South Korea to bid on the first two reactors.

The United States did not have a seat at the table. But Perry convinced Riyadh to include American companies in the competition. His department then streamlined a notoriously complex and onerous regulatory review process to facilitate a U.S. bid by the company Westinghouse.

Even where an American company fails to win a bid to build a reactor, U.S. companies can often compete as valuable parts of an extensive supply chain. For example, although South Korea won the contract to build the first nuclear reactors in the United Arab Emirates, American companies have contributed goods and services worth roughly $2 billion. That was possible thanks to a 123 Agreement, completed with the U.A.E. in 2009, that unlocked the door for the nuclear industry to compete.

There’s an even bigger picture, here as well. The United States has dedicated billions of dollars in aid and weapons deals with the Saudis. These programs help dissuade Saudi Arabia from extremism, boost its ability to defend itself against a rogue Iran, and enable it to fulfill its commitment to quell terrorism.

Contributing to Saudi Arabia’s economic growth can be another powerful and persuasive answer to extremism by offering opportunity, greater freedom, education and jobs, social mobility, stability, and a dynamic, innovative future. Engaging with Saudi Arabia’s new nuclear power industry through a 123 Agreement can play a big role in making that happen.

Both of these policy decisions—whether to bailout the U.S. nuclear industry vs find new markets for it—turn on the same question: What is an appropriate role for the Energy Department when it comes to promoting the U.S. nuclear industry? It’s certainly not to hand out a bunch of checks and preferential contracts to nuclear power companies. It also obviously isn't to use the force of government to patch over the industry’s economic hardships. Neither of these work or are appropriate for the scope of government.

Rather, if politicians really want to help modernize the American commercial nuclear sector, they need to remove themselves from the business of nuclear energy. The government shouldn’t be involved in the design, investment, finance, construction, operation, and especially waste management of nuclear companies and their plants. Rather, the government should instead only regulate the industry appropriately and efficiently.

The nuclear industry has a lot to offer at home and abroad. When Perry makes his decision, he should do the right thing. Good intentions aside, the federal government needs to make sure that policies intended to help don’t actually hurt.

Katie Tubb is a policy analyst specializing in energy and environmental issues at The Heritage Foundation’s Center for International Trade and Economics.