America Is Smashing Russia and OPEC's Grip On The Oil Market 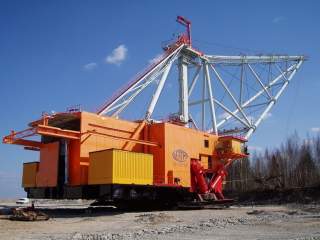 Far from being threatened by recent weak prices, America’s status as an emerging energy superpower has solidified in 2016, weakening OPEC’s grip over the oil market along with Russia’s influence over Europe’s gas supplies. For the next U.S. president, the geopolitical environment could look a lot more benign, should the nation’s energy industry continue on its current path.

The start of the revolution occurred in February, when the first major U.S. gas export shipment from Cheniere Energy set sail for Brazil. According to Cheniere, the United States could be “one of the three biggest suppliers of LNG (liquefied natural gas) by 2020.” In recent months, U.S. LNG has even been exported to the energy-rich Middle East, a move British newspaper the Financial Times described as akin to “sending coal to Newcastle.”

But the shale gas revolution in the United States is rapidly overturning the “old order,” and the dust has yet to settle.

Taking on the cartel

For decades it was thought U.S. oil production had peaked around 1970, as thirty years of declining production set in and the OPEC cartel’s manipulation of oil supply and prices gave a number of politically sensitive regions an uncomfortably large degree of influence over global markets.

After initially downplaying shale’s potential to rival OPEC’s monopoly, Saudi Arabia launched what critics called a price war against the new industry in 2014: it refused to cut production when many other OPEC states wanted to do so, and Riyadh contended that it was merely letting the market take its course. This continues to glut the market, with the Saudis hitting a new all-time production high just last month.

But while their strategy of oversupply may have made some high cost operators economically unviable, including those in OPEC member states Angola, Nigeria and Venezuela, U.S. shale extractors have proven highly adept at cutting costs. This has opened up a profit margin even below that which Saudi Arabia needs to fund its welfare state, which the International Monetary Fund believes could go bankrupt in five years without major policy changes.

New projects using traditional extraction methods typically have a five-year lead time and a ten-year payback time, while new shale projects have only a one-year lead time and an eighteen-month payback time, according to Goldman Sachs head of European Equity Research Michele Della Vigna. In addition, the ease of developing new projects, and of increasing or decreasing supply to meet demand, has drastically flattened the supply curve of the global oil market, and weakened OPEC’s power to manipulate prices.

Della Vigna expects this shift will leave the United States and OPEC fighting for market share as the two key players, with the rest of the producers battling to remain relevant.

Ten years ago, Russia, Qatar and Iran were the established gas giants, together owning 57 percent of global conventional gas reserves and forming the core of the Gas Exporting Countries Forum (GECF), referred to by then Russian Energy Minister Sergey Shmatko as the “gas OPEC.”

In 2005, the Energy Information Agency forecasted the United States would be importing 25 percent of its daily gas consumption in 2015, however thanks to shale gas the nation is now expected to be a net exporter by 2017.

In February, LNG exports commenced from Cheniere’s Sabine Pass plant in Louisiana, headed to South America, India, and most notably gas-rich United Arab Emirates and Kuwait. While both are among the top twenty nations in the world by proven gas reserves, a lack of investment and surging demand has forced an unprecedented need for the Middle East to turn to the United States for gas.

Thwarting GECF from becoming a global gas cartel, and reversing the flow of gas between the United States and the Middle East are seismic shifts in the global energy sector, but perhaps shale gas’s most far-reaching impact will be reducing Europe’s energy dependence on the increasingly unpredictable Russia.

Depleted domestic reserves in the North Sea have forced Europe to import two-thirds of its gas consumption, with roughly half coming from Russia. Unlike oil, natural gas has never been a globally transported commodity due to logistical issues, allowing Russia’s state-owned Gazprom to wield enormous influence over European gas deals.

If the United States opens up the global gas market to unprecedented levels of transparency and competition, which its shale-extracted LNG exports appear capable of doing, Russian President Vladimir Putin’s influence in the region will further diminish.

The financial consequences are enormous, too. A U.S. Energy Department study in December found that U.S. gas exports could inject between $7 billion and $20 billion per annum into the domestic economy. Jason Bordoff, former energy advisor to President Obama and the Founding Director of the Center on Global Energy Policy, believes U.S. LNG exports could save Europe $20 billion per annum on its gas bill, and cost Russia roughly the same.

If U.S. shale can withstand domestic political pressure against hydraulic fracking, and regulatory incentives promoting a shift to renewable energies, it stands to disrupt OPEC’s global oil cartel and Russia’s strong influence in Europe, and establish the United States as the new global energy superpower.

The old energy order looks on its way out, and should it keep its nerve, Washington is perfectly placed to seize the advantage.