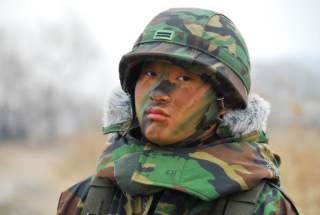 The United States and the Republic of Korea (ROK) are embarking on a bold experiment of shared command at the tactical level.  On June 3, 2015, the U.S. Forces in Korea (USFK) and ROK Armed Forces established the alliance’s first combined division, comprising subordinate units of the U.S. 2nd Infantry Division and the ROK Army 8th Mechanized Infantry Division. An American two-star general will command the unit while working hand-in-hand with a South Korean one-star deputy commander. The combined division is a unique example of two states sharing command and control of a military unit at a tactical level. During peacetime, the division staff will work together on a daily basis, and its troops will enter combined operations during wartime.

But why is it meaningful for the United States and the Republic of Korea to have a combined division, and how will they make full use of it?

There are several implications of creating a truly combined tactical division. First, the combined division enhances the ability of American and South Korean forces to make swift and coordinated tactical responses. If deterrence fails and the situation escalates rapidly, strategic level coordination between the United States and ROK may be slower than the rapidly changing situation in the battlefield. By sharing a division at a tactical level, U.S. and ROK forces will be able to coordinate with each other better and respond to the crisis in a more expeditious manner.

Second, a collaborative working environment at the combined division will help develop a larger pool of young experts on combined operations. Currently, combined operations between USFK and ROK Army forces are being managed by officers, the youngest of whom are in their mid-30s holding at least the rank of major.

In contrast, the combined division will empower young lieutenants in their mid-20s to play a pivotal role in running joint operations. This means that the USFK and ROK Army will begin raising experts in combined operations a full decade earlier than they could before. Those young lieutenants in the combined division will acquire extensive knowledge and eventually become better-prepared senior military leaders for combined operations in the future.

Third, the presence of the combined division north of Seoul, despite concerns over the relocation of U.S. forces to Pyeongtaek, will help deter conventional North Korean threats by displaying a robust alliance not only at strategic and operational levels, but also at a tactical level. The presence of thousands of American troops north of Seoul could make North Korea more cautious in planning a military provocation, thus reducing the probability of any aggression against that area.

With these implications in mind, how can ROK and U.S. military authorities fully leverage the benefits of a combined division?

First, technological interoperability of weapon systems and communication devices must be checked and enhanced. Both armies should be able to exchange not only phone calls and emails, but also classified materials through secure and effective channels. In addition, detailed but clear-cut plans and administrative procedures should be developed to better share weapons systems. Therefore, an unprecedented level of combined planning effort will be required to synchronize both forces in the technological aspect.

Third, both the U.S. and ROK troops in the combined division should be able to understand the language and culture of their foreign colleagues in order to fight as one in technological and procedural aspects. In order to be “combined for real,” the combined division will have to foster an environment that encourages its troops to learn the language and culture of their colleagues by providing considerable incentives such as paid vacations and leaves.

The combined division has potential to enhance the tactical response and grow young experts among the alliance forces, contributing to deterrence against conventional threats. To be successful, this unprecedented tactical command will need to leverage training and mutual understanding to overcome technological, procedural, and cultural barriers.

This is a good opportunity to test the alliance’s combined readiness posture at a tactical level. Above all else, the combined command can identify room for improvement to make adjustments before sudden-change events and accounting for the possibility that deterrence fails. In short, tactical trial-and-error in the U.S.-ROK alliance may well lead to greater strategic deterrence and readiness.

David Eunpyoung Jee is a Korea Foundation Associate Researcher of the Asia-Pacific Security Program at the Center for a New American Security. He previously served as a military officer at the operation center of Republic of Korea Joint Chiefs of Staff.