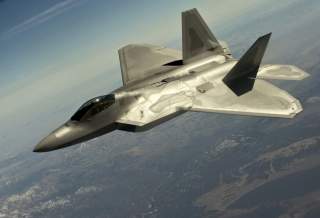 We must also tackle the challenge of U.S. relative military decline by innovating while increasing funding for research and development. Here, we can take great pride that there are some strong efforts underway that have bipartisan support. Some examples include the efforts by Deputy Defense Secretary Bob Work and the “Third Offset,” as well as the work that was done in the Air-Sea Battle Office that is now transitioning that important operational concept into a multi-service and truly joint concept all services can appreciate.

One must also point to the important work coming out of the nation’s think-tanks across the political spectrum. CNAS’ work on  “the swarm,” CSBA’s rethink on undersea warfare and the Heritage Foundation’s important military index all show we can think “outside of the box” and ensure the foundations of U.S. military power despite the natural diffusing of weapons systems that were at one point only found among America and its allies.

But in the end, all the great innovation in the world can’t heal a self inflicted wound.  We must have the political courage to end sequestration—and it will take a group of like minded people from across the aisle not only speaking out but working together, something not popular these days.

As we love to say here in Washington, “the optics” of sequester are nothing short of a disaster. Our allies and partners have the right to question our commitments to them when we can’t field a military force that may be called upon at a moment’s notice to defend shared interests. And as history loves to teach us time and time again, the unexpected and disastrous always seems to happen at the least opportune time.

Clearly sequestration is not the defense policy of any nation that entertains the notion of superpower status—we must find the political courage and will to end it.

Harry J. Kazianis serves as Editor of RealClearDefense, a member of the RealClearPolitics family of websites. Mr. Kazianis is also a non-resident Senior Fellow for Defense Policy at the Center for the National Interest and a non-resident Senior Fellow at the China Policy Institute (non-resident). He is the former Executive Editor of The National Interest and former Editor of The Diplomat. Follow him (or yell at him) on Twitter: @grecianformula.