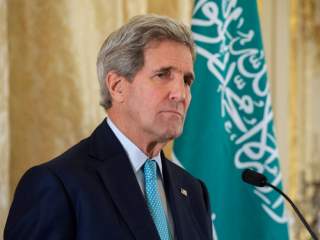 President Obama has just concluded what almost certainly will be his last meeting with the heads of state of the six Arab monarchies that comprise the Gulf Cooperation Council (GCC). By all accounts, the meeting was productive, as we would hope when the leaders of our nations gather. These are, after all, important and enduring partnerships, grounded in mutual security, economic and geostrategic interests.

Why, then, we might ask ourselves, has Saudi Arabia, the largest and most influential of the GCC countries, become the punching bag of choice for a select group of America’s politicians and pundits?

The arguments most frequently heard are familiar by now, and all are worthy of sober reflection. In the first case, critics charge that the kingdom’s export of its conservative strain of Islam, known as Wahhabism, has fueled the growth of violent extremist organizations around the world. Second, human-rights groups have long argued that Saudi Arabia fails to adhere to international standards of conduct; its military intervention in Yemen has only sharpened this criticism. And most recently, new demands to release information connected to the attacks of September 11, 2001, have revived debate about official Saudi involvement in those tragic events.

As I say, we needn’t shy away from reasoned debate on any of these issues. But to launch reckless attacks against a nation that has been a steadfast friend of the United States since its founding seventy years ago is to imperil our own security—and our own standing in the world.

I make these observations as someone who has followed closely events in the region for several decades, and who believes deeply that in a dangerous and unpredictable age, few things protect America’s national interests and security more than a network of strategic relationships with reliable and capable partners. I believe this so strongly that several years ago, I joined a group of friends here in the United States and in the Middle East who responded to an invitation to serve as stewards of the Arab Gulf States Institute in Washington, an organization whose principal mission is to encourage sustained discussion of those issues shaping the GCC states in the twenty-first century. One of the institute’s principal goals is to inform the views of U.S. policymakers—and lawmakers—on whose shoulders fall the responsibility of securing America’s interests in this critically important region.

Nowhere, I would argue, are these interests more readily apparent than in our relationship with Saudi Arabia. As the world’s largest swing producer of crude oil, Saudi Arabia fuels the economies of our key trading partners in East and South Asia. It is an essential partner in our global counterterrorism effort; on more than one occasion, Saudi intelligence has enabled us to thwart terrorist attacks designed to kill American citizens in large numbers. It wields enormous influence across the Muslim world and can help determine the outcome of conflicts in places like Syria and Iraq—and ensure that key countries like Egypt remain stable. The relationship we maintain with Saudi Arabia provides us an opportunity we simply wouldn’t have otherwise to shape this influence.

I suspect that much of what propels the sometimes visceral attacks on Saudi Arabia we are seeing today is a matter of perception. Too many Americans think of the kingdom and conjure images of a harshly conservative, deeply religious society that resists opening up to the modern world. As with all stereotypes, these crude images are not without some basis in fact. But the larger truth is that Saudi Arabia is modernizing; it has no choice, and its leadership knows this to be the case. One important ingredient in this reshaping of the nation is the fact that over one hundred thousand Saudi students are attending American universities at any given time—an enormous investment by the kingdom in its relationship with the United States, and a clear statement of the importance it attaches to developing a successor generation of educated, worldly citizens.

At the same time, Saudi Arabia is about to launch a transformative economic reform plan that, if successful, will restructure its oil-dependent economy and almost certainly usher in an era of social and political change unprecedented in the kingdom’s history.

Our nation’s interests lie in supporting Saudi leaders as they pursue this course, not looking for opportunities to embarrass them. This may be a tall order in the hyperventilating political season in which we find ourselves, but it is essential that our elected leaders—and those who aspire to become our leaders—resist the temptation to score short-term political points at the expense of our long-term global interests.