Is America Substituting Violence for Debate? 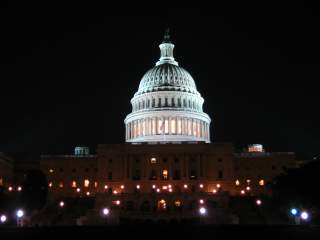 Events like today’s deliberate targeting of Republican legislators practicing baseball for a game against their Democratic counterparts at the Washington Nationals’ stadium raise an ugly question: will they lead America in the direction of the Weimar republic, a fractured democracy in which political norms are supplanted by violence? The standard line in Germany after World War II was “Bonn ist nicht Weimar”—Bonn is not Weimar. But is America heading down that road?

One of the turning points for Weimar came with the assassination of Walther Rathenau on June 24, 1922. Rathenau was the foreign minister of Germany. Rathenau had supported the Treaty of Versailles and negotiated the Rapallo pact with the Soviet Union, both acts of perfidy in the eyes of the German right. Rathenau was depicted as one of the “November criminals,” an influential Jew who had betrayed Germany after 1918, helping the country to lose a war that a revanchist right claimed was eminently winnable. As he headed to work in an open car, Rathenau was assassinated by right-wing radicals. His death signaled the beginning of the end for the fledgling Weimar republic. Violence between the radical left, supported by Moscow, and the radical right took on a life of its own. As splinter parties entered the German Reichstag, political compromise became almost impossible. The result was the rise of organized state terror in 1933.

It’s improbable that this sanguinary history will repeat itself in America. For one thing, the shooting today offers a reminder that America is a violent place: assassinations, both attempted and successful, stud American history, whether it is Abraham Lincoln or Martin Luther King Jr. There have also been shootings on Capitol Hill.

But what marks out this episode is that it involved politicians lower down the political rung, and from one political party. Here is where you start to get at least a whiff of Weimar lunacy. House majority whip Steve Scalise—who remains hospitalized in critical condition—and others were targeted by a supporter of Bernie Sanders named James T. Hodgkinson, who is now dead. One of his Facebook posts reads thus: “Trump is a Traitor. Trump Has Destroyed Our Democracy. It’s Time to Destroy Trump & Co.” Senator Tim Scott noted that “we’ve seen ourselves engulfed by the spirit of division” and that “sensationalism appears to be rampant in this nation.”

Is there room for compromise in Congress? President Trump said, “We may have our differences, but we do well in times like these to remember that everyone who serves in our nation’s capital is here because above all they love our country.” Newt Gingrich speaking on Fox News pointed the finger at the left: “The intensity is very real, whether it’s a so-called comedian holding up the president’s head covered in blood, or right here in New York City, a play that shows the president being assassinated, or it’s Democratic leading national politicians using vulgarity because they can’t find any common language to talk.”

Gingrich is referring to the brouhaha over the picture of comedian Kathy Griffin holding a mock-up of Trump’s bloodied, severed head, which attracted widespread condemnation—and to Shakespeare in the Park’s provocative staging of Julius Caesar, in which a Trumpian politician meets his demise. All of this is reminiscent of the controversy that surrounded the satirical play MacBird!, which appeared in 1967 and seemed to allege that Lyndon B. Johnson was complicit in the murder of John F. Kennedy. The paranoid style becomes stylishly paranoid at key junctures in American history.

The New Republic, in a highly informative article called “The New Paranoia,” notes that the left, goaded on by Trump’s own fecund floating of conspiracy theories, has begun to re-embrace the paranoid style, pointing to figures such as Louise Mensch, a former British MP who believes that Andrew Breitbart was murdered by Putin to clear the path for Steve Bannon; Bill Palmer, the founder of the Palmer Report, who maintains that Trump gave James Comey’s computer to the Kremlin; and Seth Abramson, who says that the CIA has told the BBC that Putin possesses sex tapes of Trump. And so on. According to TNR, “long quarantined in the furthest corners of the internet, these left-wing rantings have begun to find their way into mainstream discourse.”

So is the country headed toward becoming the United States of Crazy? Or will it make a U-turn? So far, there are few signs that leading politicians are pulling back—or that they even want to.