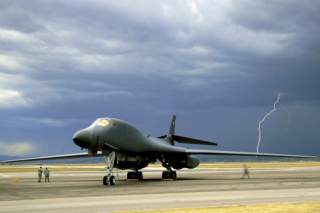 ISIS leader, Abu Bakr al-Baghdadi, and his organization are unusual among terrorists in their explicit articulation of their ambitions, their agenda, their priorities, and their strategy. Analyzing their actions, one finds a high level of alignment between what they say and what they do.

Their self-proclaimed mission is to create an Islamic State, one governed according to their extreme and perverted interpretation of Islam. To achieve that objective, they organize fighters prepared to strike with vividly brutal strokes that are aimed at terrifying and intimidating their adversaries. After more than three years of civil war in Syria between the Assad government and an array of opponents, including the American-assisted Free-Syrian Army and Al Qaeda’s affiliate Al Nusra, ISIS has emerged as the most successful in establishing control of territory. From that base it has pushed into adjacent Iraq where it now controls a large swath of the northwest.

To those who come to its battlefield to thwart its ambitions, ISIS promises death, in the most brutal fashion. The ISIS-crafted statements by the American and British hostages who were beheaded could not be more explicit. Unlike Osama bin Laden’s fixation with what he called the “far enemy,” for ISIS the US is far away and well down on its hit list.

To whom does ISIS pose the most imminent and even existential threat?

- Assad’s Syrian government (from whom it has seized more than one-third of its country and seeks the rest).

- Iraq’s Baghdad government (from whom it has seized a quarter of its territory and aspires to more).

- Iraq’s Kurds (from whom it seized parts of Kurdistan until it was forced to retreat by a combination of US air strikes and Kurdish peshmerga boots on the ground).

- Iran (as the leader of Islamic Shia whom Sunni ISIS regards as apostates who must be converted or killed).

- Lebanon (where Iranian-affiliated Hezbollah militias have noticed and are fighting back).

- Jordan (fragile and fearful as always).

- Israel (who sees ISIS as just one more terrorist group well down its threat matrix, which fears it primarily as a new bright shiny object that may distract the US from the higher priority threat posed by Iran).

- Saudi Arabia (one of ISIS’ clear medium-term priorities as the leader of the apostate Sunnis, guardian of the holy sites of Mecca and Medina, and jackpot of oil reserves).

- Turkey (across whose borders ISIS’ advance into Kurdish villages has sent additional hundreds of thousands of refugees).

- Australia (where several hundred Australian Muslims have traveled to Syria to join the fight, where others have been inspired by ISIS’ bravado, and where Australian security officials recently uncovered a local plot to capture and behead Australians in Sydney.)

- Europeans, especially in Britain and France (where thousands of Muslim citizens have volunteered to fight and may continue to do so when they return to their homes in European cities).

Notice who is not at the top of this list.  For ISIS, the US is both far down--and far away.

What should Washington make of this?

First, if our friends and allies (and adversaries like Iran) to whom ISIS poses an imminent or even existential threat are unwilling to fight for themselves, to kill and to die for their own interests and values, Americans should ask: why should we?

Second, if by feigned, studied fecklessness, those who are threatened most directly can simply wait for Uncle Sam to do the job, is it not rational for them to do so?

Third, if those who are threatened most directly rise to the challenge, they will have more than enough foot soldiers to do the job.  While officially excluded from the international coalition the US has assembled, Iranian-sponsored Shia militias, Assad's army, and others whom we rightly count as adversaries on other issues are doing more of the fighting on the ground against ISIS today than our traditional allies. A US strategy that limits our role to air strikes and explicitly forswears American boots on the ground in combat provides just the right balance of incentives and assistance this issue requires.