Is America On the Verge of Another Debt Ceiling Crisis? 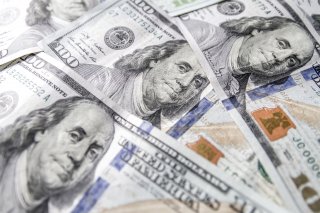 The Congressional Budget Office now projects that sometime this October the U.S. Treasury may be unable to continue borrowing on the credit of the American taxpayer. In short, the debt ceiling is back and so is the largest, most predictable crisis in U.S. history.

The debt ceiling is both a signaling device, pointing toward a much greater challenge, and an action-oriented, fiscal tool to bring Washington’s unsustainable spending and borrowing under control.

The U.S. national debt is already excessive. About $20 trillion, it exceeds what the U.S. economy is projected to produce in all measured goods and services (gross domestic product) this year. And the debt continues to grow out of control.

Excessive debt imposes high costs on the nation. It slows economic growth, reducing overall opportunity and wages for Americans. It contributes to policy uncertainty and a reduction in and delay of investments in the nation. And it increases the risk of a financial or national security crisis to which Congress and the president would have a lesser ability to react than if the debt were contained.

Most analysts will refer only to the U.S. debt held by the public, which comprises $14 trillion of the roughly $20 trillion national debt. They do so because public debt is borrowed in credit markets, whereas about $6 trillion of the national debt is held by government agencies, such as the Social Security Administration, which holds about $2.8 trillion of U.S. debt in its old-age and survivors and disability insurance trust funds.

But government-held debt migrates. As debt held by government agencies comes due, it is converted to public debt. For example, bonds currently being held by the Social Security Administration will eventually be traded in for cash to pay for benefits due. Absent substantial tax increases, which would mostly fall on the middle class, paying those benefits would lead to additional borrowing from the public as one type of debt is traded in for another type of debt.

The Congressional Budget Office explains as much in its Long-Term Budget Outlook. The agency projects that the combination of increased spending—especially on federal health care, old-age and disability entitlements—and the conversion from intragovernmental debt to public debt will drive the publicly held debt from 77 percent of GDP this year to 150 percent of GDP at the end of thirty years.

Long-term projections are highly volatile to unexpected shocks. It’s important to note that these projections make no provisions for economic or other crises that could send U.S. debt skyrocketing much sooner and much higher. Few predicted the 2008 financial crisis or expected public debt to more than double as a result. Even without such shocks, all it takes are slightly higher interest rates than are currently anticipated.

Solutions are readily available, yet little action has been taken to avoid this crisis. At the core lies an institutional framework that is inadequate to address the nation’s debt challenge.

The key drivers of federal spending and debt are entitlement programs that operate largely without regular checks on their size and growth. Medicare, Social Security, Medicaid, food stamps and other benefits are part of what are called “mandatory” federal programs. Despite the term, Congress is not required to spend money on these programs indefinitely, nor is it barred from changing them. All the term really means is that, absent legislative correction, these programs grow on autopilot, subject mostly to eligibility criteria set in statute, sometimes decades ago.

There is, however, a statutory spending limit on “discretionary” spending. This category governs defense programs and most domestic programs and agency spending not compassed under the “mandatory” label. These programs are also subject to appropriations as part of the annual appropriations cycle, which requires an active vote to continue spending the following fiscal year.

Mandatory spending is bound by no such checks. This spending goes out the door without Congress having to lift a single finger. In fact, not lifting a finger to control this spending lies at the core of our fiscal challenges.

The debt limit is the one action-oriented, fiscal tool that remains to address the key drivers of our spending and debt. Every major deficit-reduction deal over the past three decades was tied to the debt ceiling. As government approaches the debt ceiling, Congress always debates how to deal with it: Do we change nothing and just vote to raise the ceiling; or do we agree to raise the ceiling only if we agree to rein in current and projected spending?

Given the nation’s perilous fiscal condition, lawmakers must leverage the enhanced focus on debt occasioned by the rapidly approaching ceiling to address the growing U.S. debt crisis in a meaningful way. This means, Congress and the president must adopt a substantial deficit-reduction package before increasing the debt limit again.

One way to accomplish this is to set a firm limit on the growth of all federal spending and to put in place enforcement mechanisms that will automatically keep spending within that limit, should Congress and the president fail to adopt deliberate reforms that accomplish the same goal. Academic and empirical research shows that expenditure limits that target the source of the growth in debt, namely excessive spending, are the most successful in bringing about sustainable budget balance.

President Trump and Congress must work together this summer to develop an expenditure limit that controls spending growth.

The only way to effectively drain the swamp is to tighten the federal spending faucet. Doing so would grow the economy and bring about renewed prosperity, all while reducing waste, abuse and unfairness in federal activities. That’s a prospect the president and Congress should get behind.

Image: A stack of money. Pixabay