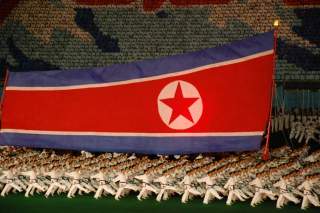 Even a more responsive North Korea is unlikely to be a particularly friendly actor.

Nevertheless, there is more hope for internal improvements in human rights and external talks over the issue if the international environment is less threatening for Pyongyang. In fact, the DPRK’s foreign minister recently acknowledged the existence of “reform through labor detention [centers],” though he claimed they were meant to uplift wrongdoers. And the DPRK apparently has invited the UN’s human-rights investigator on North Korea to visit. America’s earlier refusal to talk to China gained nothing, while the famed Nixon opening helped create an environment more conducive to the reforms that emerged under China’s post-Mao leadership.

Someday, North Korea will pass away. Until then, the country is likely to remain a mysterious challenge, unsettling an entire region, including its only nominal friend—China. Washington’s best approach would be to extricate itself from confrontation and pursue dialogue, while leaving South Korea and Japan free to develop their separate policies.

Every strategy toward the DPRK so far seems to have failed. Anything adopted is likely to be only a second best. However, today, even second best would be a major step forward. It’s time for Washington to try something different.