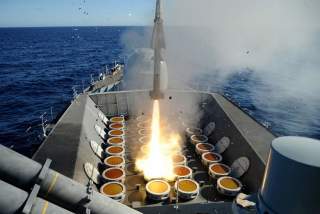 Strategic missile defense systems in global nuclear conflict do not lend any real advantage at the moment; nor will they in the foreseeable future. The efficiency of intercepting ICBM warheads is not high enough. The high cost of the missile defense system and the need to use one to two interceptors per one warhead for security reasons (while one ICBM can carry up to ten warheads) makes the creation of a real global missile defense practically impossible—even the United States can’t afford it. Increasing the number of ICBMs and warheads would be much cheaper for Russia or China. In the end, we return to the absurd arms race of the Cold War, which culminated in the signing of the START treaty since none of the countries could maintain such a quantity of strategic weapons under normal conditions. Trying to develop a missile-defense system will result in exactly the same situation in a few decades. There is no prospect for any side violating of the strategic nuclear balance, as long as the prospect of global thermonuclear war remains. The development of tactical missile systems is the real key, as it will ensure that countries will be more secure during future local conflicts.