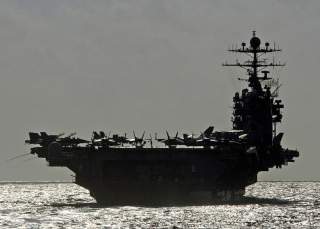 IS RETREAT from global hegemony in America’s national interest? No idea has percolated more widely over the past decade—and none is more bogus. The United States is not headed for the skids and there is no reason it should be. The truth is that America can and should seek to remain the world’s top dog.

The idea of American hegemony is as old as Benjamin Franklin, but has its practical roots in World War II. The United States emerged from that war as the dominant economic, political and technological power. The only major combatant to avoid serious damage to its infrastructure, its housing stock or its demographic profile, the United States ended the war with the greatest naval order of battle ever seen in the history of the world. It became the postwar home of the United Nations, the International Monetary Fund and the World Bank. And, of course, the United States had the bomb. America was, in every sense of the word, a hegemon.

“Hegemony” is a word used by social scientists to describe leadership within a system of competing states. The Greek historian Thucydides used the term to characterize the position of Athens in the Greek world in the middle of the fifth century BC. Athens had the greatest fleet in the Mediterranean; it was the home of Socrates and Plato, Sophocles and Aeschylus; it crowned its central Acropolis with the solid-marble temple to Athena known to history as the Parthenon. Athens had a powerful rival in Sparta, but no one doubted that Athens was the hegemon of the time until Sparta defeated it in a bitter twenty-seven-year war.

America’s only global rival in the twentieth century was the Soviet Union. The Soviet Union never produced more than about half of America’s total national output. Its nominal allies in Eastern Europe were in fact restive occupied countries, as were many of its constituent republics. Its client states overseas were at best partners of convenience, and at worst expensive drains on its limited resources. The Soviet Union had the power to resist American hegemony, but not to displace it. It had the bomb and an impressive space program, but little else.

When the Soviet Union finally disintegrated in 1991, American hegemony was complete. The United States sat at the top of the international system, facing no serious rivals for global leadership. This “unipolar moment” lasted a mere decade. September 11, 2001, signaled the emergence of a new kind of threat to global stability, and the ensuing rise of China and reemergence of Russia put paid to the era of unchallenged American leadership. Now, America’s internal politics have deadlocked and the U.S. government shrinks from playing the role of global policeman. In the second decade of the twenty-first century, American hegemony is widely perceived to be in terminal decline.

Or so the story goes. In fact, reports of the passing of U.S. hegemony are greatly exaggerated. America’s costly wars in Iraq and Afghanistan were relatively minor affairs considered in long-term perspective. The strategic challenge posed by China has also been exaggerated. Together with its inner circle of unshakable English-speaking allies, the United States possesses near-total control of the world’s seas, skies, airwaves and cyberspace, while American universities, think tanks and journals dominate the world of ideas. Put aside all the alarmist punditry. American hegemony is now as firm as or firmer than it has ever been, and will remain so for a long time to come.

THE MASSIVE federal deficit, negative credit-agency reports, repeated debt-ceiling crises and the 2013 government shutdown all created the impression that the U.S. government is bankrupt, or close to it. The U.S. economy imports half a trillion dollars a year more than it exports. Among the American population, poverty rates are high and ordinary workers’ wages have been stagnant (in real terms) for decades. Washington seems to be paralyzed by perpetual gridlock. On top of all this, strategic exhaustion after two costly wars in Afghanistan and Iraq has substantially degraded U.S. military capabilities. Then, at the very moment the military needed to regroup, rebuild and rearm, its budget was hit by sequestration.

If economic power forms the long-term foundation for political and military power, it would seem that America is in terminal decline. But policy analysts tend to have short memories. Cycles of hegemony run in centuries, not decades (or seasons). When the United Kingdom finally defeated Napoleon at Waterloo in 1815, its national resources were completely exhausted. Britain’s public-debt-to-GDP ratio was over 250 percent, and early nineteenth-century governments lacked access to the full range of fiscal and financial tools that are available today. Yet the British Century was only just beginning. The Pax Britannica and the elevation of Queen Victoria to become empress of India were just around the corner.

By comparison, America’s current public-debt-to- GDP ratio of less than 80 percent is relatively benign. Those with even a limited historical memory may remember the day in January 2001 when the then chairman of the Federal Reserve, Alan Greenspan, testified to the Senate Budget Committee that “if current policies remain in place, the total unified surplus will reach $800 billion in fiscal year 2011. . . . The emerging key fiscal policy need is to address the implications of maintaining surpluses.” As the poet said, bliss was it in that dawn to be alive! Two tax cuts, two wars and one financial crisis later, America’s budget deficit was roughly the size of the projected surplus that so worried Greenspan.

This is not to argue that the U.S. government should ramp up taxes and spending, but it does illustrate the fact that it has enormous potential fiscal resources available to it, should it choose to use them. Deficits come and go. America’s fiscal capacity in 2015 is stupendously greater than Great Britain’s was in 1815. Financially, there is every reason to think that America’s century lies in the future, not in the past.

The same is true of the supposed exhaustion of the U.S. military. On the one hand, thirteen years of continuous warfare have reduced the readiness of many U.S. combat units, particularly in the army. On the other hand, U.S. troops are now far more experienced in actual combat than the forces of any other major military in the world. In any future conflict, the advantage given by this experience would likely outweigh any decline in effectiveness due to deferred maintenance and training. Constant deployment may place an unpleasant and unfair burden on U.S. service personnel and their families, but it does not necessarily diminish the capability of the U.S. military. On the contrary, it may enhance it.

America’s limited wars in Afghanistan and Iraq were hardly the final throes of a passing hegemon. They are more akin to Britain’s bloody but relatively inconsequential conflicts in Afghanistan and Crimea in the middle of the nineteenth century. Brutal wars like these repeatedly punctured, but never burst, British hegemony. In fact, Britain engaged in costly and sometimes disastrous conflicts throughout the century-long Pax Britannica. British hegemony did not come to an end until the country faced Germany head-on in World War I. Even then, Britain ultimately prevailed (with American help). Its empire reached its maximum extent not before World War I but immediately after, in 1922.

Ultimately, it is inevitable that in the long run American power will weaken and American hegemony over the rest of the world will fade. But how long is the long run? There are few factual indications that American decline has begun—or that it will begin anytime soon. Short-term fluctuations should not be extrapolated into long-term trends. Without a doubt, 1991 was a moment of supreme U.S. superiority. But so was 1946, after which came the Soviet bomb, Korea and Vietnam. American hegemony has waxed and waned over the last seventy years, but it has never been eclipsed. And it is unlikely that the eclipse is nigh.

WHEN PUNDITS scope out the imminent threats to U.S. hegemony, the one country on their radar screens is China. While the former Soviet Union never reached above 45 percent of U.S. total national income, the Chinese economy may already have overtaken the American economy, and if not it certainly will soon. If sheer economic size is the foundation of political and military power, China is positioned for future global hegemony. Will it build on this foundation? Can it?

Much depends on the future of China’s relationships with its neighbors. China lives in a tough neighborhood. It faces major middle-tier powers on three sides: Russia to the north, South Korea and Japan to the east, and Vietnam and India to the south. To the west it faces a series of weak and failing states, but that may be more of a burden than a blessing: China’s own western regions are also sites of persistent instability.

It is perhaps realistic to imagine China seeking to expand to the north at the expense of Russia and Mongolia. Ethnic Russians are abandoning Siberia and the Pacific coast in droves, and strategic areas along Russia’s border with China have been demographically and economically overwhelmed by Chinese immigration. Twenty-second-century Russia may find it difficult to hold the Far East against China. But that is not a serious threat to U.S. hegemony. If anything, increasing Sino-Russian tensions may reinforce U.S. global hegemony, much as Sino-Soviet tensions did in the 1970s.