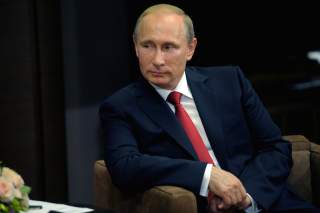 Amid much talk of a new Cold War having begun, U.S. policymakers should frame the U.S.-Russian relationship in a way that recognizes its serious problems without making the perpetuation of those problems inevitable. To be avoided is the frame of mind of old Cold Warriors who seemed ready, and even eager, to wage that competition forever. Relations have undeniably deteriorated, but unlike the original Cold War, there is no global ideological competition or worldwide campaign of proxy wars.

We should discard any notion of Donald and Vladimir smoothing the relationship through personal rapport; that notion was a figment of campaign imagination and mistranslation. Any improvement in U.S.-Russian relations will be built not on personalities but on parallel national interests, which are significant. Cooperation in negotiating the agreement that restricts Iran’s nuclear program is a recent example of what can be accomplished notwithstanding problems elsewhere in the relationship. During the coming year, Syria—and the need to reduce human suffering from the war while containing violent extremism—offers the most conspicuous opportunity for constructive action based on parallel interests. This is especially the case given President-elect Trump’s stated view that the United States ought to focus its attention not on the Syrian regime but on the fight against ISIS.

Where U.S. and Russian interests diverge, or Moscow’s behavior is simply unacceptable, the new administration should make clear that Russian policy is setting the limit to any improvement in relations. A firm U.S. line is appropriate regarding Russian violations of the treaty on intermediate range nuclear forces, in the interest of any new Cold War not becoming like the old one in featuring a nuclear arms race. Likewise with Russian cyber meddling in the United States’ democratic process, where President Trump, as a presumed beneficiary of such shenanigans, would be an especially credible voice in denouncing such behavior.

The U.S. administration should treat Russia as a major power with legitimate and important interests in its eastern European neighborhood, while opposing illegitimate means of pursuing those interests. The West should make clear that it accepts Ukraine being genuinely neutral and having cordial relations with Moscow, but this should also mean Russia not keeping a pot boiling in the Donbass. Resumed Russian participation in the G-8 should be a goal, even though the conditions for resumption have not yet been met.

Paul Pillar is a senior fellow at Georgetown University’s Center for Security Studies and writes regularly for the National Interest.