American Nuclear Strategy: The Case for a Minimal-Deterrence Policy 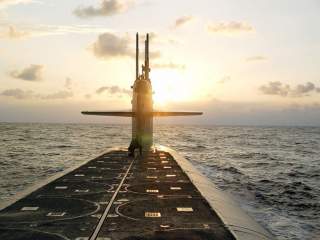 Critics of minimal deterrence, such as Keith Payne in a recent article in the Washington Times, accuse advocates of reducing the U.S. nuclear stockpile of viewing the world through rose-colored glasses, irresponsibly following ideological perceptions at the expense of American security. These charges represent true irony; few policies are more tainted with ideology than the advocacy of an outdated nuclear strategy with an excessive, ill-maintained arsenal of weapons.

The 2010 Nuclear Posture Review states: “[t]he fundamental role of U.S. nuclear weapons, which will continue as long as nuclear weapons exist, is to deter nuclear attack on the United States, [its] allies, and partners.” Because of the vast and indiscriminate destructive power of nuclear weapons, there is a general consensus that their sole legitimate purpose is to deter the use of weapons of mass destruction by potential enemies; and that their use in war should be initiated only as a last resort to prevent the military defeat of the nation or an ally. These weapons clearly are irrelevant to current international security challenges such as nonstate terrorist expansion in Iraq and Syria, the Ebola virus in Africa or even Russian aggression in Ukraine.

But how many nuclear weapons are necessary for an effective, reliable deterrent?

The United States currently has an arsenal of about 4,800 nuclear warheads, enough for an estimated 1,400-megaton cumulative yield of destructive power. That is 87,500 times the blast power of the bomb that devastated Hiroshima and equal to the blast yield of 1,400,000,000 tons of TNT. Put another way, it would only take one tenth of the 1,400 megatons we possess to decimate the fifty most-populated cities in the United States.[1] How much deliverable nuclear explosive power and destruction does it take to deter potential enemies? Obviously, under any conceivable scenario, the United States does not need a nuclear arsenal nearly this large.

In the midst of the Cold War, the United States adopted a nuclear counterforce strategy designed to disarm the remaining nuclear capabilities of the Soviet Union and ensure the survival of its counterattack capability in the event of nuclear aggression. This posture, mirrored by the Soviets, led to a decades-long nuclear arms race. While our current relationship with Russia is strained, it certainly does not rise to a Cold War level of risk of a nuclear exchange. Unfortunately, however, our nuclear planning has been driven largely by inertia, dependent on outdated scenarios implausible in today’s world. As Lt. General James Kowalski, Vice Commander of the U.S. Strategic Command, stated in 2013, a Russian nuclear attack on the United States is such “a remote possibility” that it is “hardly worth discussing.”

A detailed analysis of U.S. nuclear-deterrence requirements conducted by the Department of Defense, in cooperation with the departments of State, Homeland Security and Energy and the intelligence community, concluded that the United States could reduce the number of its deployed, strategic nuclear weapons by one third without degrading its nuclear deterrent. This analysis was concurred by the Joint Chiefs of Staff.

If instead of a counterforce strategy, the United States were to adopt a more practical and more stable minimal nuclear deterrent, it could significantly reduce its nuclear arsenal, along with the associated cost and risks, without compromising its security or that of its allies. For example, a 2012 study—chaired by former Vice Chairman of the Joint Chiefs of Staff, General James Cartwright, and with other responsible and knowledgeable former national-security officials such as committee members, including ambassadors Thomas Pickering and Richard Burt, then Senator Chuck Hagel and General (Ret.) Jack Sheehan—concluded that the United States could reduce its nuclear arsenal to 450 warheads deployed on nuclear submarines and bombers, with an additional 450 in reserve, without jeopardizing security.

There have been other responsible studies of the number of nuclear weapons necessary for an effective deterrent, ranging from 311 to 1000 warheads. The Federation of American Scientists and the Natural Resource Defense Council released a study in 2009 concluding that 500 warheads deployed on intercontinental ballistic missiles (ICBMS), nuclear submarines and bomber aircraft would be sufficient. A 2005 study conducted by Stanford physicist Sidney Drell and Ambassador James Goodby estimated a 500 warhead stock of operational nuclear weapons on submarines, ICBMS, and bombers, with an additional 500 warheads in a reserve “responsive force,” would provide an effective nuclear deterrent. The lowest estimate of these studies, conducted by two members of the faculty of the Air University and an active duty Air Force officer planner, described a 311-warhead force deployed on 100 ICBMS, twelve nuclear submarines and nineteen bombers as a sufficient deterrent.

Adopting a smaller minimal deterrent nuclear force, however the United States chooses to define it, would also alleviate some of the major liabilities of maintaining the current arsenal. It is difficult to maintain high standards of safety and security throughout a large nuclear arsenal. The recent firing of two Air Force nuclear commanders along with other officers for incompetence, rampant cheating in both the Navy's and Air Force’s nuclear programs, and a serious “Bent Spear” incident involving an accidental flight of six nuclear-armed cruise missiles across the United States without authorization or proper supervision, all highlight the inherent risks of maintaining a large nuclear arsenal.

Lieutenant General Kowalski, Commander of the U.S. Air Force Global Strike Command, articulated this very point best when he said, “the greatest risk to my force is an accident. The greatest risk to my force is doing something stupid.” The current policy of maintaining our intercontinental ballistic missiles on high alert, to be launched on warning of an incoming nuclear attack, compounds the risk of an accident or a misunderstanding that could trigger a nuclear war. Minimal deterrence would not require such risky posturing; it instead relies on a survivable nuclear force that conveys the assurance of a massive retaliatory attack.

While reducing the arsenal to a minimal deterrent level would lessen the risk of blunders and accidental launches, it can also help alleviate the budget pressures associated with the modernization of the nuclear force. Top government officials are in agreement that current plans to rebuild our nuclear arsenal, with a price tag of $355 billion over the next decade and up to $1 trillion over the next thirty years, are undoubtedly unaffordable. Pressing forward with current nuclear-modernization plans will drain funds from conventional forces, leaving our armed forces without the necessary funding to maintain combat readiness and current levels of operation. Reducing the arsenal would maintain a secure nuclear deterrent without syphoning funds from other essential programs.

The United States’ overstocked nuclear arsenal addresses a threat that no longer exists, and instead results in elevated risks with no added value. Shifting to a minimal deterrence policy, as many political and military observers have noted, addresses the inherent dangers and escalating costs of the current policy while maintaining a viable nuclear deterrent for both the United States and its allies. The current U.S. arsenal is too large, too unwieldy and too expensive. It’s time to reduce that arsenal to a more practical size.