America Should Not Act as the World's Policeman 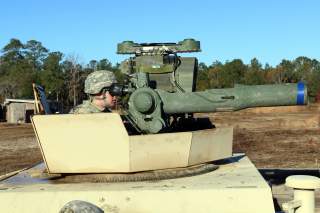 “Why It Pays to Be the World’s Policeman – Literally,” written by Thanassis Cambanis in Politico, serves as an excellent compilation of the best neoconservative justifications for the overuse of American military power abroad. It also serves as an excellent exposé illuminating the fatal flaws of their logic. Being the world’s policeman does not pay, and indeed, if left unchecked, could one day cost the nation dearly.

The first tactic used by those advocating the aggressive use of lethal military power abroad is to cast the matter in black-and-white, all-or-nothing terms. Cambanis tries to paint all who don’t support expansionist views with the emotionally negative tag of “isolationist.” The absence of a reckless policy of adventurism is hardly isolationist. Its antithesis is intelligent restraint.

There is much wisdom in increasing international engagement in diplomacy and trade while husbanding military strength. Such a philosophy increases global engagement, increases business opportunity for American goods, and ensures that the military instrument will be sharp and ready to defend the country if necessary. That is as far from “isolationist” as one can get. Unfortunately, the word that comes closest to accurately describing the worldview advocated by some neocons is “imperial.”

The definition of imperial is “characterizing the rule or authority of a sovereign state over its dependencies; domineering, imperious.” Cambanis doesn’t hesitate—or blush—in listing the benefits to maintaining an aggressive military-based foreign policy. He writes:

America runs a world order that might have some collateral benefits for other countries, but is largely built around U.S. interests: to enrich America and American business; to keep Americans safe while creating jobs and profits for America’s military-industrial complex; and to make sure that America retains, as long as possible, its position as the richest, dominant global superpower. . . . America’s steering role in numerous regions -- NATO, Latin America, and the Arabian peninsula -- gives it leverage to call the shots on matters of great important to American security and the bottom line. . . . America’s “global cop” role means that shipping lanes, free trade agreements, oil exploration deals, ad hoc military coalitions, and so on are maintained to the benefit of the U.S. government or U.S. corporations.

To say the United States “runs” the world order, to boast that massive defense spending is a good “jobs program” and that a key function of the U.S. Navy is not the defense of the nation but to give “U.S. corporations” financial security, is the very definition of an imperial power. I find such ideas obscene. More importantly, however, these views are dangerously flawed and overlook some critical facts.

First, those who support expansionist views fail to recognize that such imperial behaviors engender the hatred of many in the world—just as it engendered hatred of the British crown by our forefathers two centuries ago. This is not a minor problem. Anti-Americanism fuels the ambitions of those who would wish our country harm and increases the chances they’ll act against our interests. From Al Qaeda to ISIS to Russia and the leaders of other groups and governments, favorability ratings for the United States are dangerously low in key areas of the world.

Second, the implication that the use of the military in scores of countries around the world has helped the United States is flatly and demonstrably wrong. Over the past decade, the United States has fought or is currently fighting in Iraq, Afghanistan, Syria, Libya, Somalia, Africa and covertly in many other locations. The security environment in none of these locations has been improved as a result. To the contrary, the threat to American interests is higher in every single location than it was prior to the deployment of military power. That is clearly not the way to buttress American national security and economic prosperity.

Third, advocates of the imperial worldview incorrectly posit that the only way to “enrich” the United States is to dominate the rest of the globe militarily. Such thinking is an insult to the citizens of this country. Quite to the contrary, the American worker is industrious, intelligent, creative and driven to succeed. Instead of predicating our financial security on sending the armed forces to military dominate and “call the shots” abroad, we would benefit far more by increasing our international engagement by focusing on expanding commercial markets, expanding win-win trade relations and increasing the use of diplomacy.

As a retired Army officer, I am a strong advocate of maintaining a strong military. I am not at all suggesting gutting defense. To the contrary, I advocate a reformation of the armed forces that will result in a more powerful military that won’t bankrupt the nation. But the power of this dominant military should be maintained at a high state of readiness and not perpetually dissipated by overuse abroad. Its strength and readiness should be preserved to guarantee the security of the country.

Increasing economic and diplomatic engagement with the world, reducing the knee-jerk application of lethal military power abroad, and preserving the power of the Armed Forces to guarantee national security are the best means of ensuring a strong America. Such a restrained foreign policy will raise America’s influence abroad, improve the domestic economy and strengthen our national security.