Americans Will Pay the Price for Trump's Toughened Approach with China 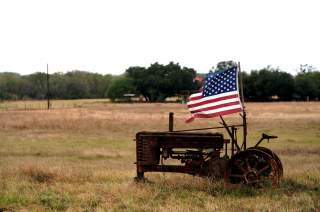 It appears that President Trump is going to get his much-desired trade war with China. Citing the country’s harmful intellectual property and innovation policies, President Donald Trump on Thursday announced the pending imposition of tariffs on $60 billion worth of imports as well as restrictions on Chinese investment. Trump may have painted his bullseye on Beijing, but much of the pain from this opening salvo is sure to be felt closer to home. As a result of these measures consumers and businesses will be forced to pay higher costs for needed goods while the economy will be deprived of foreign capital.

Notably, this collateral damage is unlikely to be in the service of any great victory, with the Chinese providing no indication that they are prepared to do anything other than dig in their heels and retaliate in kind. Although Trump may not be able to read the trade tea leaves, Wall Street had no such difficulty, dropping over seven hundred points following the administration’s announcement.

So far the White House’s action has all the hallmarks of a blunder.

Even those who the move is meant to help think the administration’s approach is a mistake. A senior member of the U.S.-China Business Council—a group which represents U.S. firms doing business with China—warned earlier this week that tariffs “do more harm than good in bringing about an improvement in intellectual property protection for American companies” operating in China and that a more narrowly focused effort would be preferable.

Other groups sure to be caught in the U.S.-China crossfire have also registered their concerns with the National Retail Federation, whose members sell many products imported from China, noting that Trump’s tariffs will “punish ordinary Americans for China’s violations.”

The administration has attempted to downplay such concerns, with U.S. Trade Representative Robert Lighthizer telling Congress this week that use of an algorithm will help minimize the harm the tariffs do to consumers and businesses while maximizing pressure on Beijing. Such claims, however, should be taken with a large grain of salt. Americans do not choose the products they purchase at random, and every good imported from China is presumably done so because it is superior either in cost or quality to available alternatives.

Then there is the small matter of the retaliation that seems sure to follow. Indeed, amidst reports that the Trump administration has not provided Chinese officials with a requested to-do list of items that could de-escalate the matter, Beijing may not see any other option. If so, China faces a number of possibilities for its hit list. Perhaps the most obvious target would be farm products, which would both hit a major U.S. export and Republican-leaning voters in agricultural states. Soybeans in particular appear to be a prime candidate, with roughly one-third of those grown in the United States—approximately $14 billion worth in 2016—destined for China. Aircraft is another strong possibility, accounting for $15 billion in U.S. export revenue and inflicting bipartisan pain given Boeing production facilities in both deep blue Washington state and crimson red South Carolina.

American firms may not profit from a trade war with China, but both Airbus and Brazilian farmers have to be salivating at the prospect.

None of this is to deny that legitimate grievances with Chinese government policy exist. Beijing is among the world’s foremost practitioners of policies which force technology transfers as a condition for doing business in the country and its record of safeguarding intellectual property rights is far from stellar. Few observers would argue that these are not real and ongoing issues.

Unilateral measures, however, appear unlikely to accomplish their desired goals, with China having shown no great willingness to adopt reformist measures in response to unilateral foreign hectoring or punishment. In contrast, complaints brought through the World Trade Organization (WTO) have prompted Beijing to adopt more market-friendly policies in numerous instances. Furthermore, unlike the United States or European Union, China has never ignored WTO rulings that found its practices to be in violation of their member obligations. While it appears the Trump administration will supplement its tariffs and investment restrictions with a WTO complaint against China, the process is sure to be more fraught than would otherwise be the case given its latest moves.

Another possibility for resolving matters would be for the United States to revisit its stalled negotiations with China over the conclusion of a Bilateral Investment Treaty. Meant to address many of the issues that currently plague U.S.-China economic ties, the treaty could help not only to resolve current tensions but also serve as a venue for working through future issues that may arise.

Instead of these more low-key approaches, however, President Trump—a veteran of the entertainment industry with a flair for the dramatic—has opted for a game plan designed to burnish his tough-on-trade credentials but which lacks an exit strategy. Trump’s stated belief that trade wars are easy to win may be quickly put to the test. So far this has all the makings of a quagmire. Let’s hope the president reconsiders before it’s too late.

Colin Grabow is a policy analyst at the Cato Institute’s Herbert A. Stiefel Center for Trade Policy Studies.