America's Annual Naval Patrol Report and How to Fix it 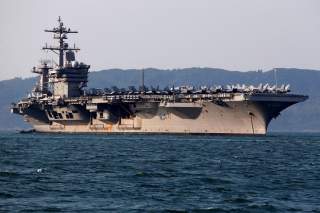 The Department of Defense’s (DoD) annual Freedom of Navigation (FON) Program may be a missed opportunity to increase the understanding and awareness of an important aspect of U.S. foreign policy- the threat posed by excessive maritime claims. As required by U.S. law, the DoD’s annual report serves as little more than a list of foreign nations’ excessive maritime claims that were challenged by the DoD during the previous year; no data is included to explain how operations are conducted and the report neglects to outline a strategy for the program. Redesigning the report could make it more impactful, providing background on the United Nations Convention on the Law of the Sea (UNCLOS) and excessive maritime claims while documenting activities of the past year. In addition, such documentation could be done in a way that reinforces how these “deliberately planned” and “legally reviewed” operations challenge those excessive maritime claims.

Each year the DoD continues a long-running and persistent campaign to challenge excessive maritime claims of foreign nations around the world by conducting freedom of navigation operations to support U.S. diplomatic efforts. American units navigated disputed waterways to prove that they can and that these international areas are open to all. These operations are vital to U.S. national interests and help both America, and the world, maintain access to international waters, airspace, and global markets. Without an enduring commitment to these operations, the U.S. and other nations risk not only potential defense challenges but a broader and more exigent economic threat related to trade, resources, and free unimpeded global access for goods and information. The annual report is a snapshot in time, meant to record historical operations and provide perspective from the previous year. However, the problem is that the report would do nothing to include adjustments in U.S. policy or to the program strategy. These adjustments could be the result of updated legal analysis or changes in foreign maritime claims, international law, international agreements, or any number of other considerations. For comparison, this is not significantly different than the State Department’s historical Limits in the Seas series and newer foreign maritime claim reports. The difference is that these FON reports would be specifically focused on how DoD activities are used to challenge excessive aspects of foreign claims.

Since 2008, the DoD’s annual Freedom of Navigation Report has averaged approximately a page and a half of content. Although report length is not necessarily a measure of effectiveness, the extreme brevity of the DoD’s annual report at least warrants a review to ensure an opportunity is not being missed to communicate program intent, aims, and policy with not only U.S. Congress and the nation, but the international community as well. The complexity of international law, of excessive maritime claims across the globe, and of the impact such claims have on U.S. national interests, call for an in-depth annual report that outlines how the U.S. FON program accomplishes U.S. policy and challenges claims that threaten U.S. interests. Not every situation or challenge may need to be addressed but a more detailed account of U.S. operations undertaken each year could clear up ambiguity and lead to better analysis and interpretation, without additional risk to the operational security of U.S. forces.

Reports on U.S. FON operations from Harvard, Tufts, and think tanks tend to do it right, providing information in a way that adds to the understanding of these operations to inform and facilitate legal and strategic discussion of the program and broader U.S. policy. Reports from these institutions could be considered as templates for government reports to provide annual updates on this DoD program while giving a better understanding of U.S. government policy and considerations. Although still relatively short in length, these reports succeed in raising awareness and understanding of the issue and the mission. They also excel in their use of data, common sense language and graphics to illustrate how U.S. operations challenge specific aspects of excessive maritime claims and why DoD challenges were consistent with legal analysis. These products from the private sector often provide good analysis and useful explanations for recent activities and claims being challenged. Yet these reports are not a substitute for official government views because they might incorrectly interpret facts, provide incorrect analysis, or misrepresent U.S. policy and interpretation of claims, agreements, or the law.

Where think tanks, academic institutions, and even the media often fall short is that they tend to be predominantly focused on a certain region, specifically the Indo-Pacific and the South China Sea, rather than the full portfolio of claims challenged each year. Focusing on specific excessive claims in one region largely ignores U.S. challenges to excessive maritime claims elsewhere in the world that, in absence of independent analysis and media coverage, often go unnoticed. This can inadvertently give the impression that U.S. efforts are focused on countering specific nations rather than on countering excessive maritime claims themselves. During fiscal year 2017, the DoD challenged the excessive claims of twenty-two different nations even though much of the research and media reporting seemed focused on just one nation – China. Researchers and the media also only usually focused on the Indo-Pacific region- a region that actually accounts for less than half of the claims challenged by the DoD in that year. Such narratives, as may be amplified by reporting and regional research, run counter to what the U.S. espouses as the purpose of FON operations and may have ramifications for foreign relations or even pose a risk of military escalation.

This is why the DoD should increase the understanding and effectiveness of FON operations through a revised unclassified annual report. That report would serve as a primer for international law and how U.S. operations are used to challenge specific aspects of excessive maritime claims. The use of simple graphics to show how DoD operations actually reinforce UNCLOS would enhance the program and reinforce that U.S. “activities conducted under the DoD FON Program are deliberately planned, legally reviewed, properly approved, and conducted with professionalism.” Illustrating why FON activities were executed may help ensure the official U.S. view and reasoning for a challenge is understood, thereby decreasing the likelihood of misinterpretation by the international community. Greater transparency also provides an opportunity to increase global understanding of excessive maritime claims and could lead to more useful and informed recommendations from organizations in America and beyond- including from countries who also engage in FON patrols of who themselves maintain excessive maritime claims.

FON operations are, and will remain, an important way that the U.S. protects international freedoms. In 1983 President Regan’s U.S. Oceans Policy, committed the nation to adherence of rights set forth in UNCLOS while reaffirming that “the United States will exercise and assert its navigation and overflight rights and freedoms on a worldwide basis in a manner that is consistent with the balance of interests reflected in the convention. The United States will not, however, acquiesce in unilateral acts of other states designed to restrict the rights and freedoms of the international community in navigation and overflight and other related high seas uses.”

Freedom of navigation operations are a critical aspect of U.S. policy and protect U.S. and international rights and access to the global commons. The legal justification for such technical and important work should be readily available from the DoD, to prevent the need for interpretation or analysis of U.S. policy actions by academics and foreign powers, especially given the chance of military miscalculation and possible consequences for U.S. foreign relations. The DoD FON Program annual report should be redesigned to not only meet statutory requirements, but to increase understanding of the program by providing a primer on UNCLOS and the threat excessive maritime claims pose, as well as the justification and purpose behind specific FON operations.

Matthew Krull serves as a fellow at the Atlantic Council and is a Surface Warfare Officer in the U.S. Navy. The views and opinions expressed are the author’s alone and do not represent the official position of the Atlantic Council, U.S. Navy, U.S. Department of Defense, or U.S. Government.