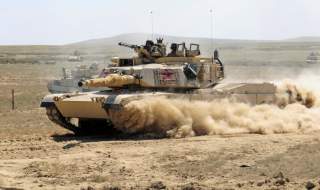 In recent years, ground warfare has again gotten a bad name in the United States.

This is understandable.  The wars in Iraq and Afghanistan have been very costly in lives, treasure, and enduring injury—physical and mental—to American troopers and their families.  The outcomes have been mediocre.  As a result, the White House’s 2012 Defense Strategic Guidance, backed up by the Pentagon’s 2014 Quadrennial Defense Review, argued that American ground forces would no longer be sized for the possibility of large-scale stabilization or counterinsurgency missions.

Meanwhile, new possibilities in the realm of drones, cyberwar, space technologies, precision strike, and commando operations have led to the contention that ground warfare is perhaps becoming obsolete.  A recent Chief of Naval Operations wrote a paper last year calling for an active-duty Army only half the size of its recent wartime peak.  Ongoing budget pressures, with the pending return of sequestration in 2016, have many defense planners wondering if the Army can in effect become the bill payer for the modernization needs of the other military services.

This debate is understandable at one level.  On another, it is potentially dangerous.  We have seen periods like it before.  In the 1920s, the advent of the airplane was going to make all forms of combat on land obsolete.  That turned out badly wrong.  In the 1950s, nuclear weapons were going to replace traditional ground forces for many missions.  That left the Army unprepared for Vietnam in the 1960s, and it resorted to a firepower-heavy form of warfare that was arguably its least impressive wartime performance in American military history.  In the 1980s and 1990s, fresh off Vietnam, the Army itself decided not to prepare for such counterinsurgency scenarios any longer.  That worked out fine for Operation Desert Storm in 1991 but much less well for the wars in Iraq and Afghanistan.

As we look to the future, while it is possible that the Army can decline a bit more in size than present plans would counsel, we have to be wary about rushing to major change.  Already, the Army is headed towards an active-duty strength of no more than 450,000 soldiers, 10 percent less than in the Clinton years and 20 percent less than in the late Bush/early Obama period.  Some Pentagon options investigated in 2013 would have cut it back much further, to 380,000 or so.  These options may rear their head again if sequestration really returns in 2016.

My own research on the future of land warfare, after examining American alliance relationships, and strategic interests around the world, is leading me to examine ten scenarios in some detail, as one thinks about the long-term future of the  Army.  Not all would require American ground forces, or even an American military response of any kind, necessarily.  Some might benefit from substantial allied help.  And some are less in the category of wars we might really fight, than of scenarios that we need to keep unthinkable for would-be aggressors (such as the first two on the list below) . But to my mind, none can be dismissed lightly, as possible concerns for future U.S. Army, Army Reserve, Army National Guard, and Marine Corps planning in the years ahead:

- A Russian invasion threat to the Baltic states.

- A maritime conflict between China and Japan or the Philippines that spills over onto land.

- A fissioning of Pakistan, perhaps combined with a complex humanitarian emergency sparked by a major weather event in South Asia.

- Indo-Pakistani war, perhaps over a terrorist strike, with Kashmir providing the spark.

- Iranian use or threatened use of nuclear weapons against a neighbor with the risk of further attacks.

- A major international peace operation in Syria after a negotiated peace—or in Palestinian lands after a two-state solution is negotiated there with Israel.

- Civil war accompanied by terrorism and perhaps a biological pandemic within Nigeria.

- Continued deterioration of the state and increase in brutality and reach of criminal networks in Central America.

Again, this is a lengthy list that is NOT meant to predict where we will fight as a nation with major ground formations.  Some of the scenarios presume prior developments that one hopes would be very unlikely, such as Iranian acquisition of a nuclear weapon, or a weakening of the Pakistani state that makes civil warfare there a real worry.  Some are illustrative, and not meant to pick on a particular country, such as the idea of a pandemic  affecting Nigeria or civil war in Saudi Arabia.  Others could, one hopes, be circumvented by smart diplomacy even if a crisis erupted—such as avoiding any direct conflict with China over a future conflict on the Korean peninsula.  And again, for emphasis, some are included on the list primarily so we are attentive enough to keep them extremely unlikely, by reminding would-be aggressors that we would not tolerate them, such as a Russian threat to the Baltics.

But all of the above strike me as, while improbably individually, far from unthinkable.  Indeed, most seem considerably more imaginable than what we saw in 2001—a major terrorist strike on the United States originally conceived and organized in one of the most remote and seemingly strategic unimportant countries on Earth, Afghanistan.

Just what the United States, allies, and partners should do about the above is open to considerable analysis and debate. But those who would dramatically scale back American ground power without thinking though such contingencies are moving too  fast.

Michael O’Hanlon, senior fellow at Brookings, is coauthor with James Steinberg of Strategic Reassurance and Resolve:  U.S.-China Relations in the 21st Century.