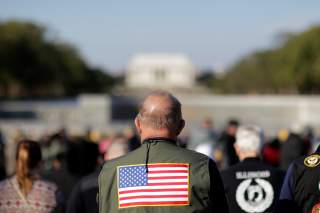 THE UNITED STATES, Russia and China are all losing, or have lost, their ideological and spiritual purpose. This is clear in the case of the Russian and Chinese regimes, which no longer possess their communist ethos and whose legitimacy is based on ethnocentrism and anxious economic pacts with their own people. But even the United States has less of a moral purpose. It is questionable whether Americans are willing to continue to provide upkeep for a liberal order in Europe and Asia, as they did for over seventy years. While American democracy thrived and was a shining example to the world in the print-and-typewriter age, it is uncertain whether that will continue in the digital-and-video era. Indeed, of late, American democracy has been less an inspiration than a tawdry spectacle. Congress has seen a degree of partisan dysfunction unknown since nineteenth-century frontier days. The president, by any account, simply lacks the decorum of all former modern presidents. The monied classes essentially run Washington, a process that has been maturing and abundantly commented upon for decades. Despite the quiet dedication of an often-maligned, policy-driven bureaucratic elite, America is less and less the “city upon a hill.” In all of this, keep in mind that it is less important how Americans see themselves than how others see them.

Comparison is the beginning of all serious scholarship, and it is obvious that the differences between the United States, Russia and China are less ideologically and philosophically stark than during the Cold War. We are certainly not becoming alike. That there is still a vast difference between the legal constraints on presidential power in the United States and the unbridled thuggery of the Russian regime (or the way the Chinese regime treats its dissidents) almost goes without saying. But none of the three major powers are as motivated by great and clashing ideals as they once were. The gulf is no longer existential. This is demonstrated by the peculiar sympathy for the Russian regime among certain elements of the political class in America, the United Kingdom and Europe.

All three states are, step by step, being ground down to their civilizational basics. Their nationalisms are merely an expression of their cultural strengths and weaknesses, little more. China’s enlightened authoritarianism depends in part upon the respect for order and hierarchy inherent in the serenity of its Confucian ethos. Westerners may actually wait in vain for the Chinese people to demand democracy. Throughout history, Russia’s cold climate, incomparable vastness and lack of defensible borders have made both autocracy and incipient chaos more natural to it than liberal democracy—so that through Russian eyes, as Joseph Conrad wrote, freedom itself can look like “a form of debauch.” Boris Yeltsin’s rule in the 1990s was as much an experiment in quasi-anarchy as in democracy. As for the United States, it has rediscovered the Jacksonian frontier bedrock buried for decades beneath the Wilsonian urges of its urban elites. Americans will fight and kill if they feel themselves directly threatened or insulted, but preserving democratic orders across oceans might eventually become too much of an abstract and costly enterprise for them.

Presidents come and go. Had an exceedingly small number of votes been redistributed differently among three states, Donald Trump would not be president. Yet it is clear that after fifteen years of war in Afghanistan and Iraq, America’s quasi-imperial project, built on high-minded goals, has ended. This became apparent years before the November 2016 election, when President Barack Obama, a cosmopolitan idealist by some measure, nevertheless refused to intervene in Syria and intervened only from the air in Libya. Syria in 2011 ended a post–Cold War interventionist streak that began with Panama in 1989 and ran through the Middle East and the Balkans. So while Trump is certainly unique, he is also part of a continuum.

No longer the city upon a hill to the extent that they used to be, nor even perhaps the free world’s 911 force, Americans have become increasingly themselves, in a parallel fashion to the Russians and Chinese. American idealism, one should admit, was originally a gift of geographic space, which because of technology is now an increasingly shrinking resource. The late British military historian John Keegan wrote that Great Britain and America could champion freedom only because, as effectively island nations, the seas protected them “from the landbound enemies of liberty.” But the smaller the world gets, the more dangerous it becomes, and thus the more ruthlessly pragmatic the American public becomes, too. Of course, the twenty-first-century world of video and social media is also a more intimate world, so that a humanitarian outrage abroad can ignite an impulsive military reaction in a way it didn’t before. But henceforth, major interventions may only occur when naked national interest can be communicated in a television sound bite. This is why the human-rights community and its friends in the media will always fondly remember the American-led interventions in the former Yugoslavia, which were quite significant in scale yet relatively untainted by what in their eyes were the cynical interests of state—for they know that such a thing may never happen again.

Ironically, the human-rights community understands a basic truth about the American historical and spiritual condition that too few others do—which is that while other states have survived and even prospered by a ruthless realpolitik of sorts, America, because it was born as a geographic bounty and also as an ideal, is nothing without both. Other nations may only represent themselves. But America must, to a certain reasonable extent, represent humanity—or at least aspire to. There have been periods where America has not done so, and there have been periods where it has tried too hard to do so. But what counts is the preservation of the tension between those two extremes. If the United States ever truly decided that its own good was no longer bound up anymore with the good of the world, then America’s reputation for power would begin to disintegrate in a way that it would not for another country. This is why the liberal world order that the United States has built in Europe and Asia since the Second World War signifies the culmination of the American experience. Though extending that world order much further might be beyond the capacity of the United States, simply retreating from it must lead to American decline. For while the interests of state, properly defined, lead to peace by respecting the interests of other states, alliances are much harder to maintain without declared values, and thus our values themselves are part of our strategic advantage.

This will all have profound implications for defense policy. By the standards of world history, what is happening now is sadly quite normal. Most of history has witnessed unprincipled power struggles, even if the last three-quarters of a century have been an aberration in this regard. Now we are back to the state of nature, in which war and the amoral fight over territory are inherent in the human DNA. Indeed, the United States itself is beginning to dispense with its own values (which are, in fact, universal). This puts it at a distinct disadvantage compared to other major states that, because of very different historical and geographical experiences, have never advanced such values in the first place.

In the state of nature, according to Hobbes, violence is the norm and life is “nasty, brutish, and short.” The late English historian A. J. P. Taylor notes that, though people never actually lived in such a state of nature, “the Great Powers of Europe have always done so.” To the extent that Europe has known significant periods of peace, Taylor continues, was “owed” entirely to the “Balance of Power.” In short, there is only the balance of power or the state of nature; no other palpable choice exists for a world being shorn of its principles. And this world without principles defines us more and more: movements either utopian or idealistic (Leninism and Wilsonianism) have either proven failures or are in the process of being disavowed. In America, Wilsonianism has been part of an elite culture so refined and rarified that the barbarians, in a manner of speaking, have at last marched in and broken the china—eerily replicating the late-fourteenth-century Ibn Khaldun’s theory of how advanced and sedentary civilizations were replaced over and over again by uncouth tribal ones, which then went on to become advanced and sedentary in their own right. And yet, while our elite may have failed us, no state—democratic or not—is possible to maintain without an elite. With all its faults, the American elite, precisely because of its Wilsonian values, still has more to offer the world than any other.

Whether or not the American elite can recover from the disaster of the 2016 election, the fact remains that, due to the collapse of distance effected by military and communications technology, the rivalry between the United States, Russia and China is coming to resemble the contest for dominance within Europe during early modern and modern history, when peace—to the degree that it existed—was due solely to the maintenance of a balance of power within a confined, claustrophobic and landbound space. Geography is double edged in this regard. Geography is still sufficiently relevant to help define the historic personalities of each of the great powers, even as the distance that separates them is now contracting, so that the best comparison for the global power struggle of today is with Europe during previous centuries—before the emergence of communism, liberalism and other “isms.”