America's Days of International Policing are Over 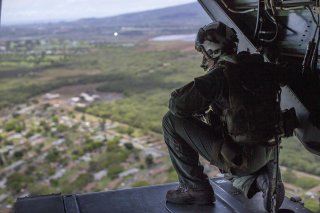 The Trump administration indicated that it may change the number of U.S. troops in NATO when it threatened to remove those troops from Germany and possibly send them to Poland. While Congress appears to have blocked that step, this festering controversy in NATO over troop levels and participation is not going to disappear. Ever since President Donald Trump took office, he has raised the complaint level by several decibels over the continuing failure of European NATO allies to meet a 2014 agreement to spend at least 2 percent of gross domestic product on their defense budgets by 2021. Of the major powers, Germany is the worst offender, spending only 1.3 percent of its GDP on defense, and not pledging to meet the 2 percent annual goal until 2031.

The Trump administration has been verbally attacked for exerting excessive pressure on European allies to assume more responsibility for their defense. The intensity of his rhetoric has been seen as evidence that U.S. interest in NATO is waning, leading some people to fear that the United States could even “abandon” NATO, or substantially reduce its long-term strategic commitment to the Alliance.

Traditional Atlanticists decry the shrill tone taken by the Trump administration. Many believe that existing U.S. military levels in NATO should remain steady to help preserve stability and a historical cornerstone of the Atlantic Alliance. Angela Merkel’s Germany has darkly implied that Washington’s drive could prompt Europe’s drift toward some new kind of neutralism. “I can only say that we Europeans must really take our fate into our own hands—of course in friendship with the United States of America, in friendship with Great Britain and as good neighbors wherever that is possible also with other countries, even with Russia,” she said after meeting with NATO and G7 officials.

Some partisans go so far as to claim that the administration wants to pull back from NATO to thank Russia for allegedly helping to get Trump elected president. Examples held out as evidence include Trump’s repeated praise of Vladimir Putin; a past, temporary freeze on aid for Ukraine; the reduction of U.S. troop presence in Syria; Trump’s recent invitation for Russia to join the next G7 Summit meeting (along with Australia, India and South Korea); and most recently, the administration’s perceived failure to press Russia on some evidence that it may have paid bounties to the Taliban for killing American troops in Afghanistan.

While the rhetoric from Washington pressuring allies may be more intense than in the past, the reality is that the Trump administration has also taken strong stands both against Russia and in support of NATO, far outweighing any nice words by Trump about Putin.

The United States has abrogated the Intermediate Nuclear Forces treaty with Russia. The United States has announced its intention to withdraw from the Open Skies Treaty. The United States has threatened not to extend the New Strategic Arms Reduction Treaty Accord with Russia unless China also joins the treaty, and Russia agrees to strengthened verification mechanisms. Trump has threatened to resume nuclear testing. Trump has called for the development of new nuclear warheads and capabilities, potentially reigniting a nuclear arms race with Russia. The administration continues to refuse to limit U.S. missile defenses, a capability Russia has always vehemently opposed as destabilizing.

Since Trump’s election, the United States has also imposed a steady stream of confrontational sanctions against Russia. During his first month in office, Trump imposed sanctions over Russia’s annexation of Crimea. Since then, he has imposed sanctions against wealthy Russian friends of Putin, imposed sanctions for Russian election meddling, and slapped restrictions on Russia’s energy and defense industries. In fact, earlier this year, the United States again slammed even more sanctions, this time against Russian backed individuals in Crimea. Also, it was Trump who ordered the closure of Russian diplomatic properties in New York, San Francisco, Seattle and Washington, DC. It was Trump who has expelled sixty Russian diplomats from the United States following the Russian nerve gas murder in Britain.

Besides directly confronting Russia with sanctions and rollback on nuclear disarmament, the United States has continued to show concrete support for NATO and Europe. The United States signed in 2018 a $4.75 billion deal with Poland, expanding deployment of Patriot missile defense systems facing Russia. That same year, the United States deployed a Stryker squadron as part of an enhanced NATO forward presence program, including a NATO “battlegroup” led by the United States. Now, the Trump administration has just announced plans to move U.S. troops from Germany closer to Russia in Poland. U.S. Marines have landed in Norway as part of NATO maneuvers.

With respect to Ukraine, a country that is not even a NATO ally, the Trump administration has supplied about half a billion dollars of military aid, including the delivery of Javelin anti-tank missiles, something the Obama administration had always refused to do. The administration has also just authorized Ukraine to move those Javelins to its front lines in Donbass battling Russian supported separatists. The United States continues to outperform its NATO and Europen allies in supporting Ukraine in opposition to Russian pressures, accounting for up to 90 percent of all military aid to Ukraine, not to mention that the United States continues to play the major role in NATO.

The reality is that the Trump administration is not kowtowing to Russia or cutting loose NATO. All it is doing is asking its allies to do more, reflecting Europe’s enormous growth in wealth and prosperity since the end of World War II, which was practically a century ago (seventy-eight years). Particularly with the rise of China, more burden-sharing in Europe is obvious. Japan has answered that call in Asia, significantly increasing its military capabilities in recent years. The United States can no longer act as the lone, dominant military power around the globe. As Japan understands and is already doing, European allies must pitch in and do more to help maintain global stability, particularly in their own backyard.

But these arguments, calling for more sharing by European allies, are known and understood. A new imperative for rebalancing in Europe is emerging, is a good deal more urgent, and even more compelling. Cyber, space, drones, hypersonic and precision strike conventional missiles are revolutionizing warfare. United States forward-operating bases located in NATO will become more exposed to first strikes by such systems than anything known in the past. With only a few minutes or even seconds of travel time, Russia could launch a surprise barrage of missiles and drone attacks upon every U.S. base and headquarters in Europe, in combination with instantaneous cyber and even space strikes.

The threats posed by these new capabilities compel the United States and its allies to sit down and assess how they must reorganize their force structure in Western Europe to survive, meet and deter such new challenges. Preparing for warfare with massed infantry and armor such as Stryker squadrons is preparing for the past, not the future. One adjustment that could be made would be shifting to a smaller U.S. base footprint in Europe. This would help assure survivability against sudden first strikes. Bringing some military resources that are overseas back to the U.S. strategic reserve could make it easier for the United States to respond to and counter a surprise missile attack, drone attack, or cyberattack on NATO Europe. Not only do all NATO allies need to meet their 2 percent budget commitments, more importantly, they need to coalesce on a common defense strategy that will address these new warfare challenges. The viability of maintaining a continuing, large U.S. military presence in Europe raises issues that go well beyond the need to reassure allies of U.S. steadfastness and resolve by simply maintaining its current mix of troop levels in Europe. Retaining large operating bases in Europe may become a luxury that the United States and its allies can no longer afford. Perhaps the big threat will not be tanks surging through the Fulda Gap but new weapons systems, such as Russia’s Avangard, a hypersonic glide vehicle that is allegedly capable of traveling as fast as twenty-seven times the speed of sound toward any American forward base in Europe. The military must prepare for a more hostile future. If it doesn’t, then the U.S. forces currently stationed in Europe run the risk of turning into a Maginot Line in the face of a new type of blitzkrieg.