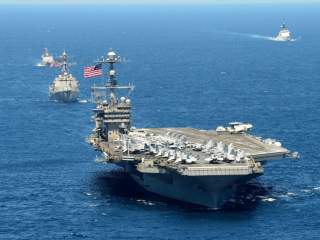 U.S. security guarantees are extraordinary and complex commitments. The United States puts at risk its deployed forces and personnel, and potentially its homeland, for the sake of shared interests with allies. While the benefits of each alliance are unique, they provide the United States with security and economic partners that help to maintain international stability, promote economic growth and trade, and protect liberal values. But in extending deterrence to cover allies, the United States also increases its likelihood of being drawn into an unwanted war. As a result, the United States must sometimes deter its allies from undertaking certain actions and, conversely, assure its adversaries that it will behave in a measured manner. Plainly, it must balance assurance and deterrence both among and between its allies and potential adversaries.

To help inform U.S. policy choices, this article unpacks U.S. deterrence and assurance challenges. It begins with a discussion of U.S. extended deterrence of adversaries and assurance of allies along with an introduction of a Pacific Forum CSIS table-top exercise involving a Korean peninsula scenario. Then, drawing on the exercise and other historical examples, it shows why and how, somewhat counter intuitively, the United States deters allies and assures adversaries. In the third section, the article examines U.S. deterrence and assurance of both its allies and adversaries in the current security environment, highlighting the inherent problems that this creates among allies, among adversaries, and between allies and adversaries.

The United States maintains a network of alliances around the globe, each with unique characteristics. Yet central to each alliance is a robust military relationship and a commitment to mutual defense, with the United States as the more powerful state taking on a greater share of the defense burden. Washington honors its security guarantees to allies by committing its nuclear and conventional forces to deterring adversaries from attacking its allies and assuring allies that the United States will defend them if they are attacked. U.S. extended deterrence relies on a combination of capability and will. But most important, the effectiveness of extended deterrence and assurance depend on the perception of adversaries and allies respectively.

The fundamentals of extended deterrence and assurance were demonstrated at a track-1.5 table-top exercise that the Pacific Forum CSIS ran in Maui, Hawaii in July 2014. The exercise featured teams of U.S., Japanese and South Korean nationals from academia, think tanks, government and the military managing an escalating crisis on the Korean Peninsula. It began with the sinking of a Japanese vessel by North Korea in the Sea of Japan/East Sea, leading all three teams to recommend that the United States, with logistical support from Japan, strike the North Korean naval base that supported the attack. The U.S. team acted out of concern for Japan’s security, the credibility of the U.S.-Japan alliance and, by extension, the credibility of the entire U.S. alliance system. In the second move, North Korea retaliated with an artillery barrage against South Korean farmland north of Seoul (killing several people) and a nuclear detonation over the Sea of Japan/East Sea (with no initial casualties). While the U.S., Japanese and South Korean teams disagreed over how to respond, many felt that the United States needed to put an end to North Korea’s active nuclear weapons and long-range missiles. The U.S. team, in line with the 2014 U.S. Quadrennial Defense Review, felt it could not allow Pyongyang to “escalate [its] way out of failed conventional aggression.” It was also motivated by a desire to hold North Korea accountable for breaking the nuclear taboo and to send a message to other states that future nuclear use would have severe consequences.

The responses of the U.S., Japanese and Korean teams were somewhat predictable and in line with common understandings of extended deterrence and assurance. But the Maui exercise also exemplified that, at times, the United States seeks to discourage, or deter, actions by its allies and, conversely, assure its adversaries. U.S. efforts to deter allies and assure adversaries should not be surprising. Deterrence—the act of using fear of consequences or punishment to change a country’s calculus and inhibit behavior—has been a key feature of alliance relationships, just as assurance—the act of using declarations or guarantees to inspire confidence in how a country will act in particular circumstances—has been central to adversary relationships. But in the twenty-first century, more so than during the Cold War, the United States faces increasingly complex challenges in managing its alliance and adversary relationships.

Elements of deterrence have long been discussed as a key component of alliance relationships. In his study of alliances during the 1815-1945 period, Paul Schroeder concludes that alliances are not only “weapons of power,” but also “tools of management” or, as he puts it, “pactum de contrahendo” (pacts of restraint). But the deterrence factor in alliance relationships was perhaps best captured by nineteenth-century Prussian statesman Otto von Bismarck who, after allying his country with Austria to stop Vienna’s provocative policies toward Russia and prevent a major war, famously remarked that in every alliance “there is always a horse and a rider.”

The fundamentals of the current U.S. alliance system are no different. As Victor Cha explains, the United States established tight and deep bilateral alliances with Taiwan, South Korea and Japan after World War Two both to contain the Soviet threat and to exercise control over, as he puts it, potentially “rogue allies” that could entrap the United States in unwanted wars. Washington set up processes that allowed it to persuade allies of the need for caution and mechanisms for joint decisions that constrained their options. Perhaps more important, there was an implicit, background threat: ‘if you escalate too far on your own, the United States may not support you.’ Because allies were militarily dependent on the United States, they were deterred from overreacting when crises arose and, for that matter, from initiating crises in the first place.

The Maui exercise exhibited the tension that sometimes exists between the United States and its allies. Following Pyongyang’s attack against South Korea, South Korean participants stressed that retaliation would likely be “automatic”—initiated by commanders in the field before consultation with Washington, and possibly even Seoul—and go beyond a proportionate response, striking “vital” North Korean targets. American participants, while fully recognizing South Korea’s right to respond unilaterally at the local conventional level, worried that such a military response would escalate the conflict. Some pointed to the 2013 U.S.-South Korea Counter-Provocation Plan, which includes procedures for consultation for a combined U.S.-South Korean response. Others noted that there may be a difference of interpretation between U.S. and South Korean officials about which North Korean targets should be included in a retaliatory strike. In short, the U.S. team wished to maintain control over South Korea and was prepared to restrain, constrain and possibly even deter, some of Seoul’s actions.

Similar dynamics have been at play in Europe. In 1949, Washington helped to establish the North Atlantic Treaty Organization (NATO) to deter a Soviet invasion of Europe, but also to control allies and, in particular, prevent Germany from remilitarizing and developing nuclear weapons. The famous statement reportedly made by Hastings Ismay, NATO’s first secretary-general, that the purpose of the alliance is “to keep the Russians out, the Americans in, and the Germans down” is revealing.

Of course, even when Washington deters its allies, it does so in different ways than it deters its adversaries. In dealing with the latter, the United States deters large-scale conventional war or nuclear use by threatening military retaliation. With allies, the United States does not threaten military action, but it has, on more than a few occasions, used threats to change their calculus. In response to South Korea’s decision to pursue nuclear weapons in the 1970s, for instance, U.S. diplomats told their South Korean counterparts that Washington would “review the entire spectrum of its relations with [Seoul], including security and economic arrangements.” Seoul reacted by pausing its program, before restarting it in the 1980s. The Ronald Reagan administration responded by offering a stronger U.S. security guarantee, while explaining to Seoul that rejecting the offer would lead to sanctions and a withdrawal of U.S. security and economic aid. South Korea agreed to give up its nuclear-weapon program—it was deterred by the threat of abandonment.

Like deterrence in alliance politics, states have long offered assurances to adversaries. For an important period before modern-day warfare, there was tacit understanding—a form of assurance—among adversaries that military engagement would spare civilian populations, thereby limiting the scope of war. Even as the differentiation between combatants and non-combatants diminished as a result of significant advances in technology, the advent of mass conscription, and rising nationalism from the late nineteenth century onward, adversaries continued to assure each other. The continued evolution of warfare and international relations prompted the codification of several previously customary assurances regarding jus ad bellum (the law of war, or to engage in war) and jus in bello (the laws during war, or humanitarian law) and the establishment of the League of Nations in 1920 and then the United Nations in 1945.