America's Fatal Blunder in the War against ISIS 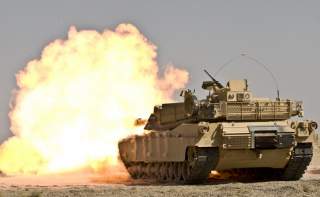 U.S. and Western officials like to portray the campaign to defeat ISIS as a struggle between the civilized world and a monstrous terrorist organization. As with most wartime narratives throughout history, that portrayal greatly oversimplifies matters. The war against ISIS actually involves numerous factions, each with its own policy agenda. The American people need to grasp the extent of the complexity, lest the United States drift into an endless war with no coherent, attainable objective. Admonitions from U.S. military and political leaders that the anti-ISIS mission will be a very long one—perhaps lasting three decades or more—should sound alarm bells about the likelihood of policy drift.

An especially important factor is the need to understand the number of players in this conflict and their conflicting agendas. Washington’s attempt to assemble a broad international coalition against ISIS largely ignores that factor—which could be a fatal blunder. In addition to the United States and its European allies, there are at least five major factions involved in the turmoil afflicting Iraq and Syria.

ISIS constitutes the core of this faction, but the organization has important allies in both Iraq and Syria. It is hardly a coincidence that ISIS has been strongest in the Sunni heartlands of both countries. Indeed, without the aid of Iraq’s Sunni tribes (especially in Anbar province), it would have been extraordinarily difficult for the insurgents to have mounted such a successful military drive—which has now reached Baghdad’s outer suburbs. Not surprisingly, most areas of Iraq that have come under ISIS control in the current offensive are the same areas that rose against the Baghdad government during the peak of the Sunni-Shiite sectarian violence in 2006 and 2007. General David Petraeus’ policy of providing generous financial aid to the Sunni tribes impelled them to put their insurgency on hold, giving Iraq an all-too-brief respite from that violence.

A similar situation exists in Syria. The core of ISIS power is in the majority Sunni regions of that country. And many of the supposedly “moderate” elements of the rebellion against Bashar al-Assad, including portions of the U.S.-backed Free Syrian Army, have turned out to be ISIS fighters—or at least sympathizers. The primary goal of ISIS and its Sunni allies is to oust the governments in both Damascus and Baghdad, or, if that goal proves elusive, to carve out a new state (the caliphate) from predominantly Sunni portions of Syria and Iraq.

The most determined, highly motivated adversaries of the Sunni Islamists are Shiite rulers and movements. Syria’s Assad (the leader of the Alawites, a Shiite offshoot) is the most obvious ISIS target, but so, too, are the Shiite-led regime in Baghdad and Lebanon’s Hezbollah. And lurking in the background as a crucial patron is Iran’s Shiite clerical regime. At the moment, the Shiite faction’s agenda is more defensive than offensive, given the adverse power configuration that has emerged in the region. It was not long ago that Iran was on offense, aggressively trying to export its political and religious doctrine to other Islamic countries. And to some extent, Tehran still attempts to do so, especially by supporting its co-religionists in Lebanon and Bahrain. But with ISIS on the march, Shiite leaders are now devoting more attention to preserving the besieged incumbent regimes in Damascus and Baghdad. Both are crucial to Iran’s leaders. The overthrow of Assad would eliminate Tehran’s principal Middle East ally, and the defeat of the current government in Baghdad would undo all the gains achieved when the United States obligingly overthrew Iran’s principal nemesis, Saddam Hussein’s Sunni dictatorship.

There is one important caveat about the Shiite alliance. Rather than being a solid bloc, it is a loose association whose members have overlapping objectives. Shiite religious solidarity is not sufficient, for example, to dispel entirely the historical tension between Persians and Arabs. That makes the Syrian and Iraqi governments somewhat wary partners with their Iranian benefactors.

This faction consists primarily of Turkey, Egypt, Saudi Arabia and the latter’s Gulf allies. The desire to curb Iran’s regional influence is the principal source of cohesion for those nations. However, the jockeying for preeminence within this faction is nearly as intense as the animosity directed against Tehran and its Shiite partners. Egypt, in particular, views itself as the rightful leader of the Arab world, and is more than a little suspicious of Saudi Arabia’s ambitions. Turkey generally tries to advance Sunni interests, but Ankara’s primary objective is to promote Turkey’s national interests (possibly including the establishment of a client buffer state in northern Syria) and not to become entangled in a multitude of intra-Arab squabbles.

Fear of and hostility toward Iran impelled the traditional Sunni powers to back apparently receptive factions in Syria and Iraq. But that appears to have been a major miscalculation. Instead of obedient clients, many of the Sunni forces in Syria and Iraq went rogue and became the core of ISIS. Saudi Arabia and its Gulf clients now apparently realize that they have created a monster—a point that Turkey, even more belatedly, may finally recognize as well. It is important for Western leaders to understand, though, that while the traditional Sunni powers have joined the effort against ISIS, their primary objective remains to degrade Tehran’s regional influence. That makes those new contributors to the fight against ISIS self-serving and unreliable.

For the region’s Kurdish population, the rise of ISIS and the accompanying destabilization of Syria and Iraq create opportunities and dangers in roughly equal quantities. Iraqi Kurds had already established a self-governing region that is an independent state in all but name. The Kurdish regional government has its own flag and controls its own currency, economic policies and military forces. Allegiance to Baghdad has been little more than pro forma. The unraveling of Syria afforded Kurdish factions in the north and northeast of that country a chance to (albeit unofficially) emulate their Iraqi cousins. The dream of a united, independent Kurdistan—encompassing majority Kurdish areas in Syria, Iraq and, ultimately, Turkey as well—is closer now than at any other time since the end of World War I.

But the surprising strength of ISIS menaces not only that dream, but even the continued existence of a de facto independent Iraqi Kurdistan. The Kurdish regional government found itself besieged in its own capital, Erbil, and had to beg the United States to launch air strikes to repel the ISIS offensive. Matters in Syria are even direr, with ISIS forces overrunning numerous Kurdish villages and on the brink of capturing the city of Kobane.

The Kurds are a secular, pro-Western population, and they are ferocious enemies of ISIS, a group that they regard as a mortal threat to everything they value. But Western leaders also need to be mindful that the principal Kurdish goal is to create a Greater Kurdistan—if necessary, out of the ruins of the Iraqi and Syrian states. That creates an obvious conflict with the stated Western policy of preserving the territorial integrity of those countries.

Israeli leaders and the country’s population understandably worry about the prospect of an ISIS victory. But they also see few potential allies in the region, with the possible exception of the Kurds. Even the once productive relationship with Turkey has soured badly in recent years. And while Israelis certainly do not want to see ISIS prevail in the Syrian civil war, neither do they want to see their old adversary Assad survive. And they certainly do not want to see Assad’s ally, Hezbollah, remain strong, given the headaches that militant movement has caused for Israel over the years. A similar dilemma exists regarding the wider regional rivalries. Israelis are obsessed with curbing Iranian power, but they don’t trust the Saudis and their Sunni clients either. From the standpoint of the Netanyahu government, the best feasible outcome probably is continued division and turmoil among the various Muslim factions, which would keep them weak enough so that they could not pose a threat to Israel’s interests.

Given the disparate motives of the various parties, it is unwise for U.S. officials to view the fight against ISIS as a stark conflict between good and evil. Instead, it is a complex, multisided, regional power struggle in which murky alliances and questionable, if not sleazy, objectives are the norm. U.S. leaders need to ponder the options very carefully, because Washington is barging into a geopolitical minefield with a high potential for policy failure and frustration. Fools rush in where angels fear to tread.