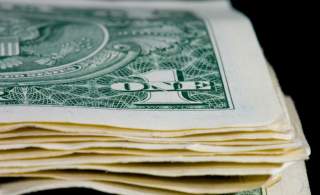 In a move to check certain abuses inherent in the nation’s asset forfeiture law, Attorney General Eric Holder announced last Friday that the Justice Department would limit its practice of “adopting” state and local law-enforcement seizures of property for subsequent forfeiture to the government. Under the practice, to circumvent state laws that limit forfeitures or direct forfeited proceeds to the state’s general treasury, state or local officials who seize property suspected of being “involved” in crime ask the Justice Department to adopt the seizure, after which the proceeds, once forfeited pursuant to federal law, are then split between the two agencies, with 20 percent usually kept by Justice and 80 percent returned to the local police department that initiated the seizure.

If that sounds like “policing for profit,” that’s because it is. And the abuses engendered by this law’s perverse incentives are stunning. In Volusia County, Florida, police stop motorists going south on I-95 and seize amounts of cash in excess of $100 on suspicion that it’s money to buy drugs. New York City police make DUI arrests and then seize drivers’ cars. District of Columbia police seized a grandmother’s home after her grandson comes from next door and makes a call from the home to consummate a drug deal. Officials seized a home used for prostitution and the previous owner, who took back a second mortgage when he sold the home, loses the mortgage. In each case, the property is seized for forfeiture to the government not because the owner has been found guilty of a crime—charges are rarely even brought—but because it’s said to “facilitate” a crime. And if the owner does try to get his property back, the cost of litigation, to say nothing of the threat of a criminal prosecution, often puts an end to that.

So bizarre is this area of our law—when lawyers first stumble on a forfeiture case they’re often heard to say “This can’t be right”—that a little background is necessary to understand how it ever came to be. American asset-forfeiture law has two branches. One, criminal asset forfeiture, is usually fairly straightforward, whether it concerns contraband, which as such may be seized and forfeited to the government, or ill-gotten gain, instrumentalities or statutorily determined forfeitures. Pursuant to a criminal prosecution, any proceeds or instrumentalities of the alleged crime are subject to seizure and, upon conviction, forfeiture to the government. Courts may have to weigh the scope of proceeds or instrumentalities. Or they may have to limit statutes that provide for excessive forfeitures. But forfeiture follows conviction, with the usual procedural safeguards of the criminal law.

Not so with civil asset forfeiture, where most of the abuses today occur. Here, law-enforcement officials often simply seize property for forfeiture on mere suspicion of a crime, leaving it to the owner to try to prove the property’s “innocence,” where that is allowed. Unlike in personam criminal actions, brought against the person, civil forfeiture actions, if they are even brought, are in rem, brought against “the thing,” on the theory that it “facilitated” a crime and thus is “guilty.”

Grounded in the “deodand” theories of the Middle Ages, when the “goring ox” was subject to forfeiture because it was “guilty,” this practice first arose in America in admiralty law. Thus, if a ship owner abroad and hence beyond the reach of an in personam action failed to pay duties on goods he shipped to America, officials seized the goods through in rem actions. But except for such uses, forfeiture was fairly rare until Prohibition. With the war on drugs, it again came to life, although officials today use forfeiture well beyond the drug war. And as revenue from forfeitures has increased, the practice has become a veritable addiction for federal, state and local officials across the country, despite periodic exposés in the media.

Thus, behind all of this is a perverse set of incentives, since the police themselves or other law-enforcement agencies usually keep the forfeited property—an arrangement rationalized as a cost-efficient way to fight crime. The incentives are thus skewed toward ever more forfeitures. Vast state and local seizures aside, Justice Department seizures alone went from $27 million in 1985 to $556 million in 1993 to nearly $4.2 billion in 2012. And since 2001, the federal government has seized $2.5 billion without either bringing a criminal action or issuing a warrant.

There will be some cases, of course, in which the use of civil asset forfeiture might be justified simply on the facts, as in the admiralty case just noted. Or perhaps a drug dealer, knowing his guilt, but knowing also that the state’s evidence is inconclusive, will agree to forfeit cash that police have seized, thereby to avoid prosecution and possible conviction. That outcome is simply a bow to the uncertainties of prosecution, as with any ordinary plea bargain. But the rationale for the forfeiture in such a case is not facilitation—it’s alleged ill-gotten-gain. By contrast, when police or prosecutors, for acquisitive reasons, use the same tactics with innocent owners who insist on their innocence—“Abandon your property or we’ll prosecute you,” at which point the costs and risks surrounding prosecution surface—it’s the facilitation doctrine they’re employing to justify putting the innocent owner to such a choice. In such cases, the doctrine is pernicious: it’s simply a ruse—a fiction—serving to coerce acquiescence.

Because it lends itself to such abuse, therefore, the facilitation doctrine should be unavailable to any law-enforcement agency once an owner challenges a seizure of his property. And once he does, the government should bear the burden of showing not that the property is guilty, but that the owner is and, therefore, his property may be subject to forfeiture if it constitutes ill-gotten-gain or was an instrumentality of the crime, narrowly construed (e.g., burglary tools, but not cars in DUI arrests or houses from which drug calls were made). In other words, once an owner challenges a seizure, criminal forfeiture procedures should be required. Indeed, “civil” asset forfeiture, arising from an allegation that there was a crime, is essentially an oxymoron in such cases. The government should prove the allegation, under the standard criminal law procedures, before any property is forfeited.

Short of such a fundamental reform, Holder’s move is welcomed, but it makes only a dent in the problem. As the Department’s press release said, “adoptions currently constitute a very small slice of the federal asset forfeiture program. Over the last six years, adoptions accounted for roughly three percent of the value of forfeitures in the Department of Justice Asset Forfeiture Program.” Moreover, the new policy does not apply to seizures resulting from joint federal-state task forces, joint investigations or coordination, or federal seizure warrants obtained from federal courts to take custody of assets originally seized under state law. And of course the reform does not limit the ability of state and local officials to seize assets under their state laws.

Regrettably, many if not most of the abuses today take place at the state level, yet changes in federal law, which often serves as a model for state law, can affect state law as well. In his recent statement, Holder said that “this is the first step in a comprehensive review that we have launched of the federal asset forfeiture program.” Members of Congress from both parties, already working on forfeiture reform, welcomed that news. Conceivably, then, this is one area in which the new Republican Congress can work with the administration to bring about further reforms. And in that, they would do well to study the course taken by the late Henry J. Hyde of Illinois, who paved the way for the Civil Asset Forfeiture Reform Act of 2000. That act made several procedural reforms, but it left in place the basic substantive problem—the “facilitation” doctrine. The abuses have thus continued, so much so that two former directors of the Justice Department’s civil asset forfeiture program recently wrote in the Washington Post that “[t]he program began with good intentions but now, having failed in both purpose and execution, it should be abolished.”

If that is not possible, Congress should make fundamental changes in the program. In particular, if a crime is alleged, federal law-enforcement officials should have power to seize property for subsequent forfeiture under only four conditions: first, when the property is contraband; second, when in personam jurisdiction is not available, as in the admiralty example above; third, when, in the judgment of the officials, the evidence indicates that a successful prosecution is uncertain but there is a high probability that the property at issue is ill-gotten-gain from the alleged crime and the target does not object to the forfeiture, as in the drug-dealer example above; and fourth, when the property would be subject to forfeiture following a successful prosecution and there is a substantial risk that it will be moved beyond the government’s reach or otherwise dissipated prior to conviction—but such seizures or freezes should not preclude the availability of funds sufficient to enable the defendant to mount a proper legal defense against the charges, even though some or all of the assets may be dissipated for that purpose.