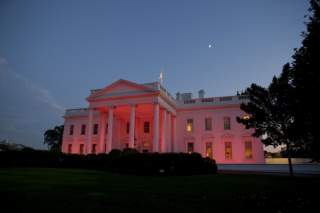 While the United States today faces a whole host of challenges from the rise of China, Russia’s recent annexation of Crimea, the question of Iran’s nuclear program to the ongoing civil war in Syria it faces a much more basic challenge that pales in comparison to all the rest. America does not have a coherent, functioning grand strategy.

It is beyond dispute that the failure to articulate a grand strategy is certainly dangerous. Unless the U.S. and its adversaries understand what the nation seeks to achieve, the boundaries to permissible challenges, and the limits to its forbearance—we are asking for a crisis, which will emerge when other states underestimate what truly matters to Washington. And America itself may be confused as to what it really values until it struggles during a moment of crisis.

What is Grand Strategy?

The first place to begin is with the question of what grand strategy is in the first place. Some define it in narrow terms, relating it to military and national security concerns; while others define it broadly to mean political, economic, technological, and military matters. For myself, grand strategy, in its simplest form, is a fundamental awareness and articulation of what a nation seeks to achieve in foreign policy—what kind of world it hopes to build and what resources it will employ to operate in that world.

In the late 1940s, George Kennan defined the concept of containment, which provided the intellectual foundations of American grand strategy for the remainder of the 20th century. During the next forty or so years, generations of American policymakers and the people—whether democrat or republican, liberal or conservative, interventionist or isolationist—knew what the United States stood for in the world, and the purpose behind its foreign policies.  They knew in the most elegant sense that the United States had committed itself to prevent the spread of Soviet communism—no matter what. For decades, policymakers in Washington pursued policies that sought to contain the power and influence of Moscow. Through persistence and strength (including a number of debatable policy choices), we won that struggle despite the fact that no one—and I mean literally no one—saw the defeat of the Soviet Union coming.

Why is it Important for the U.S. to Have a Grand Strategy?

Fundamentally, it is critical for the United States to have a grand strategy. Without one, the nation, its leaders, and people will experience a sense of drift and confusion. How do we know what is important, what threatens our interests, when we should act, and what instruments of power should we use? Essentially, a coherent grand strategy provides the United States with an overarching sense of purpose in its international affairs. It helps to build domestic support and provide international clarity for its foreign policies. Indeed, there is no excuse for not having one.

In a recent article in the New Yorker, David Remnick quotes President Obama, as saying that the United States does not need a new grand strategy. Remnick writes, “Obama told me that what he needs isn’t any new grand strategy—‘I don’t really even need George Kennan right now’ states Obama ‘but, rather, the right strategic partners.”

On the contrary, a new grand strategy is precisely what the nation needs.  I would argue the current sense of confusion in American foreign policy today traces directly to Washington’s failure to articulate a post-containment grand strategy for the U.S. Keep in mind that grand strategy tells the United States, as examples, who its “strategic partners” are and what they should seek to achieve through collaboration.

The problem for the U.S. is that containment no longer provides a coherent grand strategy. For some, America is perceived as pursuing a strategy of containment as it tries to “contain” China with its "pivot" or "rebalance” to the Asia-Pacific—while avoiding the word “contain.” In the case of Iran, Washington for years has relied on a strategy of economic sanctions as a way to "contain" Iran's nuclear aspirations. A mere Google search of containment will show that the idea is still very much on people's minds.

As I wrote in 2012, containment as a basis for grand strategy died more than twenty years ago. While it was once an immensely successful policy, the risk of adhering to containment or believing that we do not need a modern grand strategy promises certain foreign policy failures.

Still, it is easy to see why states continue to fixate on containment. Societies and their leaders find great solace, especially in times of economic and political duress, by following familiar policies that once produced successes. Even when these ideas make little strategic sense, familiar, well-established ideas are reassuring to the public, particularly in unsettling times. Unfortunately, going back to the old and reliable simply won’t work—and could invite disaster.

It is understandable for states in the midst of public exhaustion with war and a slow economic recovery after the great recession to have less interest in foreign policy. This is natural, but what is worrisome is that America’s leadership seems committed to disengaging from the world, which has friends and allies deeply concerned—while encouraging competitors to pursue their own strategic interests.

The current problem is that America seems to focus on a central objective: broad disengagement. The phrase of choice in the foreign policy world that might best describe America’s present leadership strategy is the well-worn phrase of “leading from behind.”

While there are many examples of such a disturbing trend in American foreign policy, in the Asia-Pacific, where an aggressive China is slowly changing facts on the ground as well as in the water we see clearly what having no grand strategy can do. Currently, allies in Asia (Japan, South Korea, and Philippines) fear that American disengagement will hurt their security vis-à-vis aggressive neighbors. Many are looking for American leadership to defend the status quo at the very least, but instead are greeted with statements of support with little action to back them up.

Here are several specific steps to implement an American grand strategy that the nation so desperately needs:

For too long, Americans have thought about grand strategy as a matter of foreign policy alone. Such a focus obscures the deeper truth in which grand strategy builds ultimately on the domestic foundations of American national power. Indeed, just as American grand strategy needs to look outward, so too must it look inward to solve the problems facing American society.

American grand strategy cannot be effective or credible unless the nation’s economy, infrastructure, energy, education, and health care are stable and robust. Nor can policymakers and scholars forget the critical role of social safety systems as elements of an effective grand strategy that ensure all Americans that they have an opportunity to compete and succeed. If America itself it not internally strong, how can we exercise leadership and defend our national interests abroad?

Indeed, a central element of its grand strategy is that the United States must have world-class roads, bridges, electric power grids, national broadband, and mass transit systems. To compete economically, the nation’s infrastructure is as central to American national power as are armies, navies, and air forces for defending our interests. Again, internal strength allows external strength and the ability to defend our interests.

All of these elements of American power need to be rebuilt. And until they are, the nation will experience a sense of drift as Americans, both political leaders and the people, wonder how to reverse the nation’s economic and political challenges. Consider the deep polarization that exists in the United States. From health care to immigration policy, this seems to be getting worse as politicians exploit divisions in American society for partisan gain. In effect, we need a political consensus, which is entirely absent from the national debate, and resources. The United States must demonstrate that its grand strategy is as much about reinforcing the domestic foundations of power as it is about conducting foreign policy abroad.

Classically, work on grand strategy focuses first and foremost on the role of American leadership in the world. The United States unquestionably needs to exercise leadership on the world stage. In large measure, Washington is and has been a powerful force for good as it promotes the values of democracy, free markets, and prosperity.

Building on the first principle, American grand strategy must reaffirm its ability and willingness to exercise leadership by working to restrain the forces that lead to instability, chaos, and war. We must think increasingly of defining our grand strategy in terms of actively restraining the forces, actions, and ideas that contribute to insecurity. Since the world remains potentially dangerous, a strategic necessity is for the United States to remain engaged—to lead, so to speak on occasion, “from the front.”