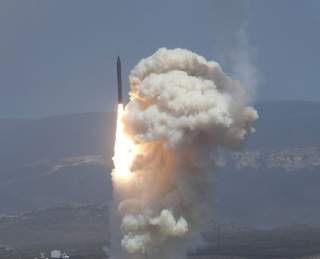 On June 22, the Ground-based Midcourse Defense (GMD) system successfully intercepted and destroyed a target missile in a test over the Pacific Ocean. The Obama administration has said that a successful test would trigger the addition of fourteen more long-range missile defense interceptors to thirty already in silos in Alaska and California—at an estimated cost of more than $1 billion.

This would be a mistake. Here’s why:

Earlier this year, describing the sorry state of affairs with the GMD system, Frank Kendall, the Pentagon’s chief weapons buyer and the Undersecretary of Defense for Acquisition, Technology and Logistics, bluntly stated, “We’ve got to get to more reliable systems.” According to Kendall, a redesign and new development effort is needed. "As we go back and understand the failures we're having and why we're having them, we're seeing a lot of bad engineering, frankly," Kendall said. "It's because there was a rush. . .to get something out."

Over $40 billion dollars has been spent on GMD so far.

What does the successful June 22 tell us? Not much. The batting average for the CE-II kill vehicle, which will sit atop the fourteen new interceptors planned for Alaska, is now one for three, or 33 percent. Not bad in baseball, but not good enough to justify putting more flawed interceptors in the ground. That’s why a recent National Research Council study recommended the design of a new, bigger, more capable kill vehicle and a new, faster two-stage booster. The Defense Department’s Director of Operational Test and Evaluation also recommended that a new design be considered. The Missile Defense Agency (MDA) is rightly planning to redesign the existing GMD kill vehicles due to poor performance and low reliability. Since the MDA says the old EKV is not good enough, why not focus on the new model instead?

In a variety of more effective ways, the Pentagon is dealing with the possible threat from North Korea, and the State Department is working to reduce the scope of Iran’s nuclear program to clearly peaceful civil purposes. But adding to an existing, unreliable missile-defense system will not improve our security and will waste hundreds of millions on deployments in Alaska that could be spent on more pressing security priorities.

The MDA has announced that it will improve the existing kill vehicle; but as Frank Kendall put it, "Just patching the things we've got is probably not going to be adequate. So we're going to have to go beyond that.” In the wake of the successful June 22 flight-intercept test, the Agency should build on that accomplishment to develop the next-generation kill vehicle as recommended by the National Research Council. But the United States should not be so blinded by one good test every five and one-half years as to deploy more flawed interceptors. In pursuing a redesigned kill vehicle, it only makes sense to avoid past mistakes by taking the time to get it right.

Philip Coyle is the former associate director of the Obama White House Office of Science and Technology and the Pentagon’s chief weapons tester under President Bill Clinton.