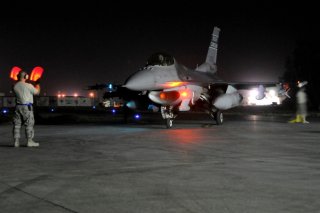 There’s an old saying that when you go to war it is imperative that you take pains to know your enemy, meaning to understand his motives, capabilities and likely actions. But, when the United States went to war after the startling 9/11 attacks on the homeland, it did so without even knowing who the enemy actually was. It went after the wrong targets—and thus generated the mess we now see in the Middle East.

Was the enemy Iran? No. Iran actually helped the United States when we attacked the Afghan Taliban, a common enemy, in the immediate aftermath of the 9/11 attacks. The opportunity for ongoing cooperation was thwarted by Bush himself, with his remarkable (and remarkably incendiary) “axis of evil” characterization.

Was the enemy Saddam Hussein’s Iraq? Certainly not. Saddam was a largely secular leader who ruled as a thug, based on the thuggish leverage of fear and greed. Thus, he considered cultural passion to be his enemy, a destabilizing element unlikely to respond to his fear-and-greed brand of leadership. Not only was he not the enemy, but he offered a rich opportunity for cooperative action of mutual benefit. He wanted the sanctions against his country lifted and markets for his oil; the United States wanted guaranteed flows of oil and sub rosa help in combating Al Qaeda. Therein lay a potential exchange.

Was the enemy Libya’s Muammar Qaddafi? Again, no. Qaddafi was a brutal dictator who was well practiced in the tools of terrorism. But he had been domesticated by American diplomacy backed up by the threat of American force (particularly credible in the wake of Ronald Reagan’s bombing attack in 1986). He offered stability in his country and a guarantee that it wouldn’t be overrun by Islamist radicalism.

Was the enemy Syria’s Assad or Egypt’s Mubarak? Again, no.

The enemy was—and is—Islamist fundamentalism. Many people after 9/11, including George W. Bush at the time, sought to emphasize that Islamist fundamentalism isn’t really a natural element of Islam but rather an aberrational phenomenon—the product of people who don’t really understand their own culture. They had to press this point in order to protect their broader philosophical objective, which was to inject Western ways and thinking into the world of Mideast Islam. That was the underlying philosophical objective of Bush’s 2003 Iraq invasion.

But this characterization of Islamist fundamentalism as a cultural aberration is false. It isn’t that most Muslims embrace cultural radicalism; obviously, they don’t. But Islamist sentiment, even radical sentiment, has a heritage and a history within the larger world of Islam. The desire for a restored Islamic Caliphate, the call to protect fundamentalist beliefs and practices from the forces of modernity, the assault on the notion that church and state should be separated, the defensive hostility towards the West—all of these emanate naturally from the broader Muslim religion and its history.

Particularly significant is the ongoing tension between Islam and the West, going back centuries and impervious to the fuzzy idealism of those who want to wish it away. “Some Westerners,” wrote the late Harvard scholar Samuel P. Huntington, “…have argued that the West does not have problems with Islam but only with violent Islamist extremists. Fourteen hundred years of history demonstrate otherwise.” Huntington later elaborated on this theme when he wrote:

Where Bush and the American elite went wrong after 9/11 was in refusing to believe those attacks reflected a clash of civilizations between Islam and the West. In believing the problem was a dearth of democracy, they crafted a policy that destroyed those elements within Mideast Islam best-positioned to keep at bay the forces of Islamist fundamentalism. And, in interjecting American power into the Islamic heartland—planting the American flag in Islamic soil in a highly provocative manner—they fanned the flames of Islamist fundamentalism throughout the Middle East and North Africa.

We now see the result—radical Islam taking vast swaths of territory in Syria and Iraq, threatening to overrun Libya, positioning itself for far greater power and protection than it had ever known before. And suddenly, America is seeing possible allies where it once saw only enemies.

It appears now that Washington sees its interests in Iraq and Syria as coinciding with those of Iran, that once-reviled element of the axis of evil but now bent, like the United States, on thwarting the ongoing push into Iraq by vicious Sunni radicals. There’s much talk in the American capital about this, and Secretary of State John Kerry has suggested the United States should “see what Iran might or might not be willing to do” to help save Iraq from the Islamic State of Iraq and Syria (ISIS), which has been capturing territory in Iraq at an alarming rate.

No doubt many in Washington will see this turn of events as reflecting a new state of things in the Mideast, raising new prospects for cooperation between two nations that had previously, in a different state of things, been enemies. But this will be entirely wrong-headed. For the United States, the strategic imperatives have not changed; they have been and remain the need to check the spread and the reach of Islamist fundamentalism.

The elements of the policy suggested by these strategic imperatives could have been:

- Work with Saddam Hussein on matters of mutual interest, as noted above. Leave him in place in exchange for help in tamping down Islamist fervor and activity.

- Use Saddam’s Iraq as a strategic counterweight to Iran, but also foster better relations with the Islamic Republic whenever they could help in the effort against fundamentalist sentiment.

- Abandon the missionary effort to spread democracy in the lands of Islam and announce that Middle Eastern politics are recognized by the United States as the domain of the Middle Eastern people. Refrain from projecting U.S. military power into Islamic territories for fear of rendering anti-Western fervor in those lands, both more intense and more widespread. This would mean no war in Iraq, no military action against Gaddafi, no verbal shoving against Mubarak, no wringing of hands against Syria’s Assad. (The initial Afghan operation, designed to push out the Taliban and destroy Al Qaeda’s base of operation, would still have been undertaken, but with no subsequent effort to control the countryside or overhaul local governments. Any Taliban restoration would have unleashed warnings of horrendous retaliation for any attacks on America or its direct interests launched from Afghan territory.)

- Stealthy and deft intelligence and clandestine operations against Islamist elements whenever and wherever they threatened America or its interests. Also, highly targeted and highly destructive retaliatory action against any Islamist groups that attacked American interests or citizens.

Think of how events could have unfolded differently if such an approach had been taken. But it would have required knowing our enemy, beginning with who the true enemy was.

Robert W. Merry is political editor of The National Interest and the author of books on American history and foreign policy. His most recent book is Where They Stand: The American Presidents in the Eyes of Voters and Historians. Follow him on Twitter: @RobertWMerry.